R. Frost has moved upon the Magoon Place which he recently bought. He has a flock of nearly 300 Wyandotte fowls. 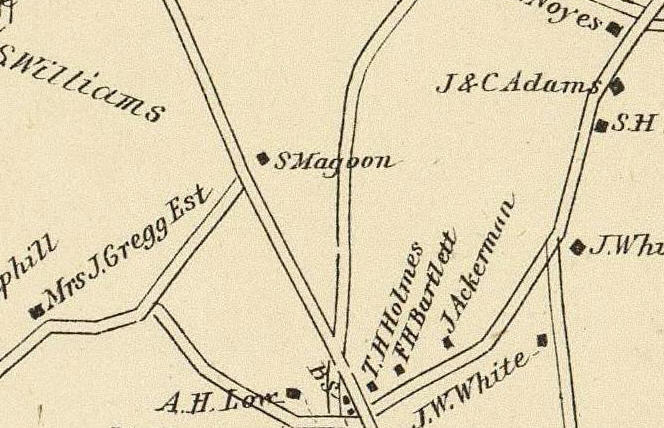 William Prescott (W. P.) Frost, the paternal grandfather of Robert Frost, bought the farm known as "The Magoon Place" for Robert Frost and his family to use. The offer was conditional, however. Robert could take ownership of the property only after he lived in the house and farmed the land for ten years. 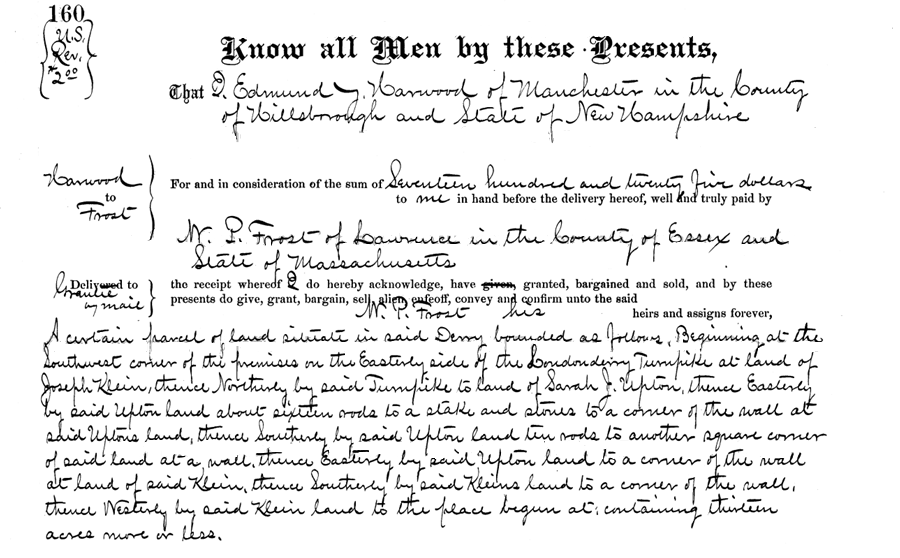 Excerpt of the transfer of The Magoon Place from its then current owner, Edmund Y. Harwood to W. P. Frost

In addition to the thirty acres of land, it included a three-bedroom farmhouse. The structure conformed to a type common in New England called a connected farm, described by Thomas C. Hubka as containing a "big house, little house, back house, barn."