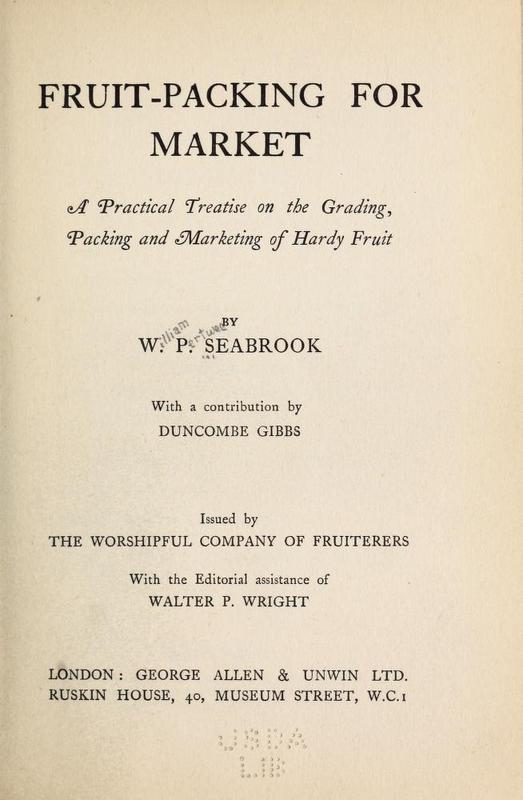 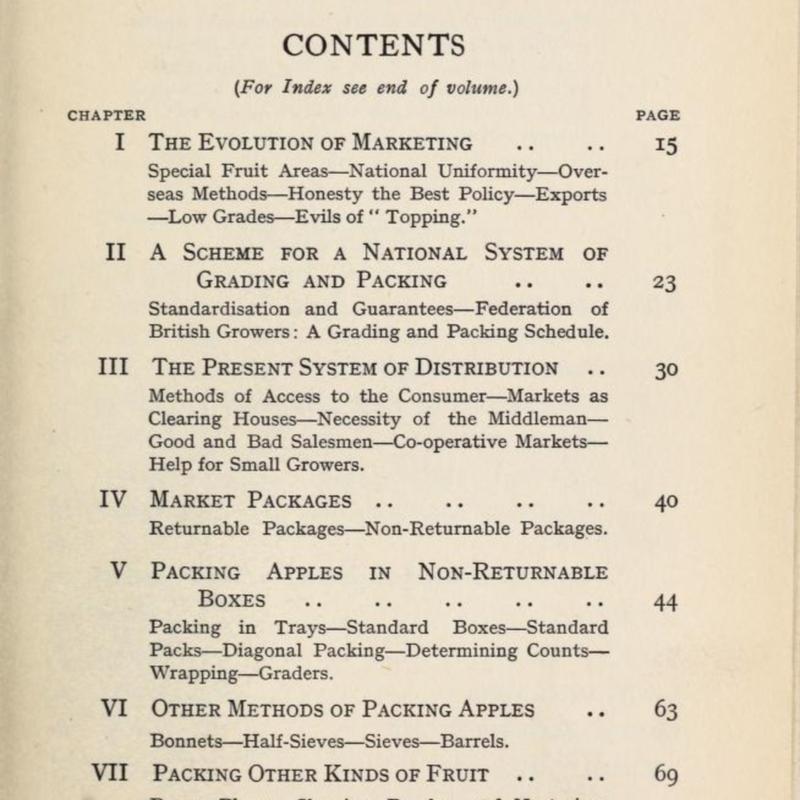 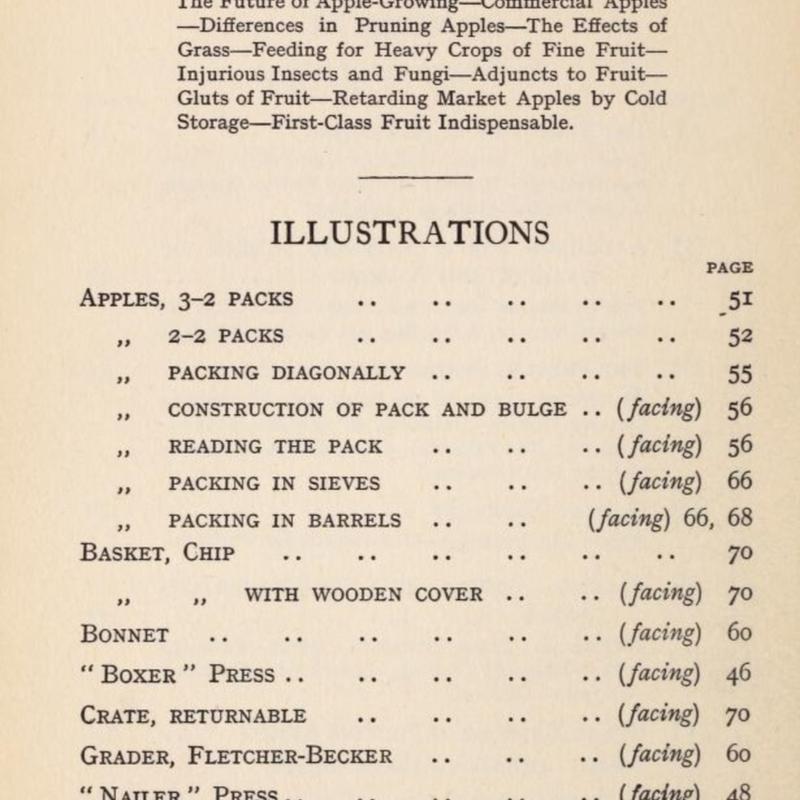 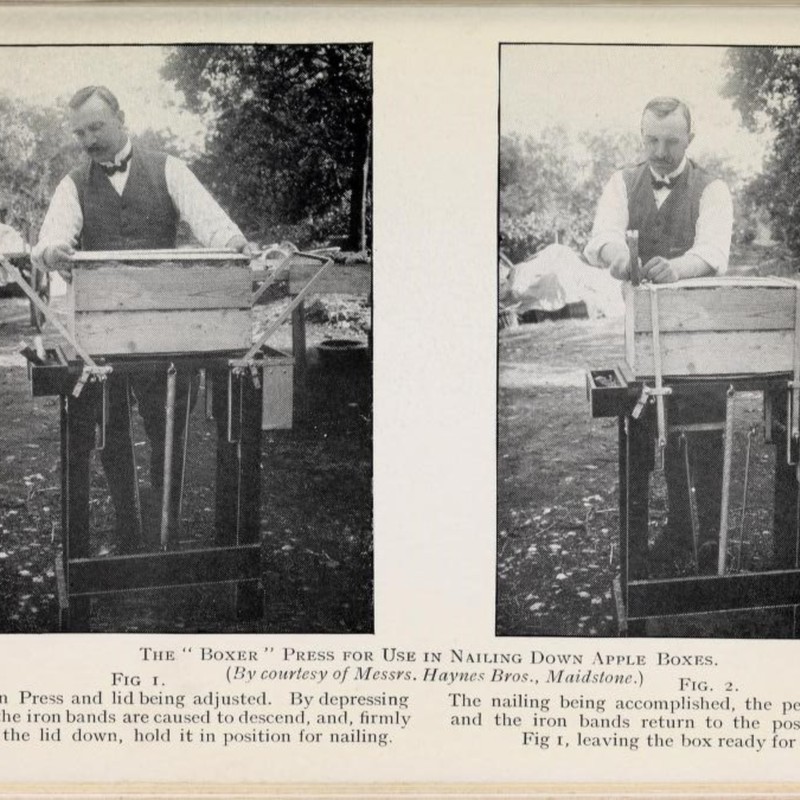 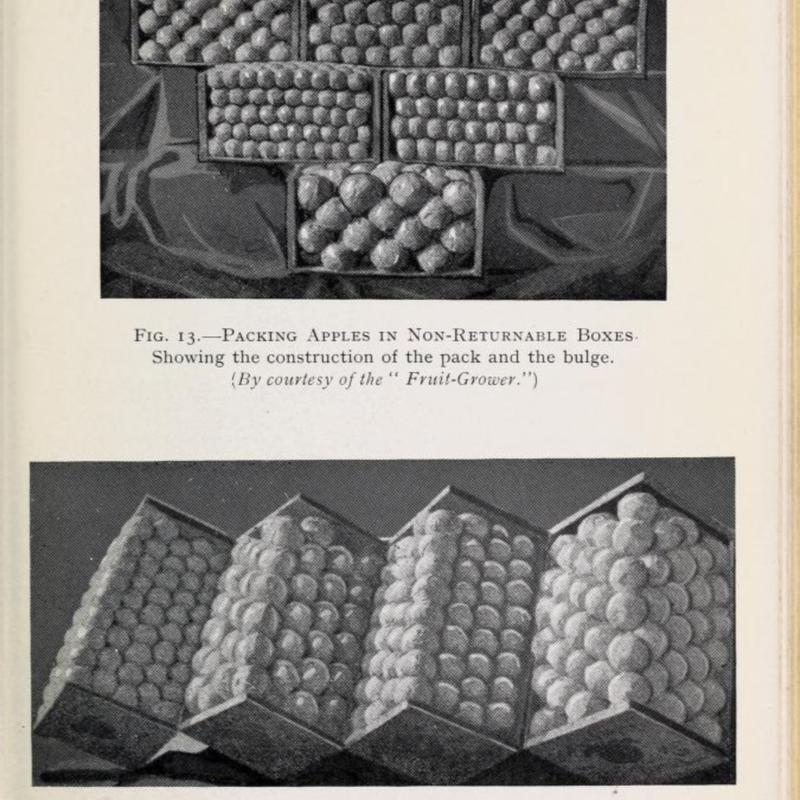 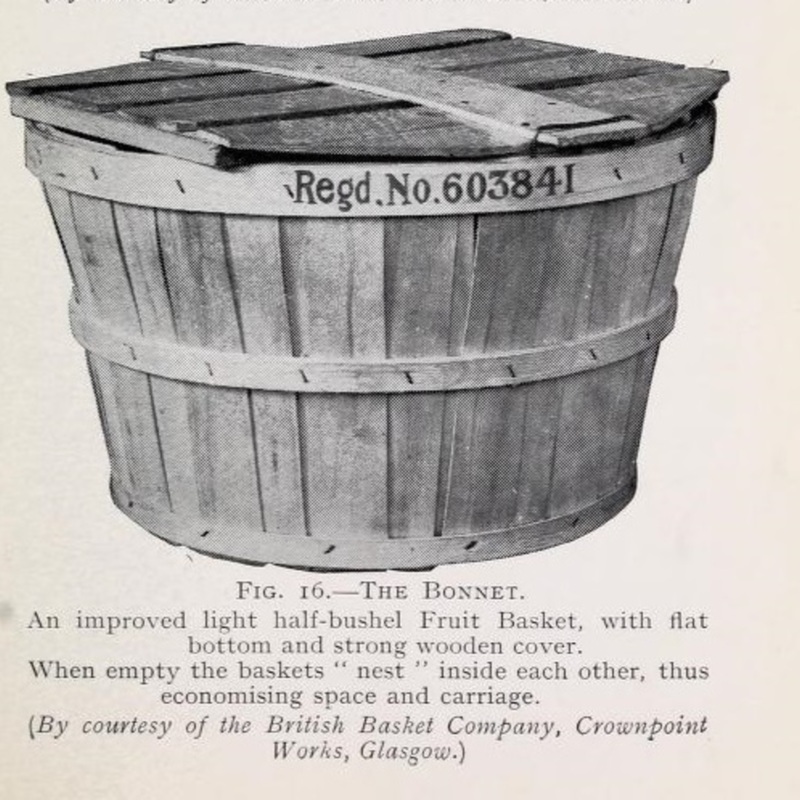 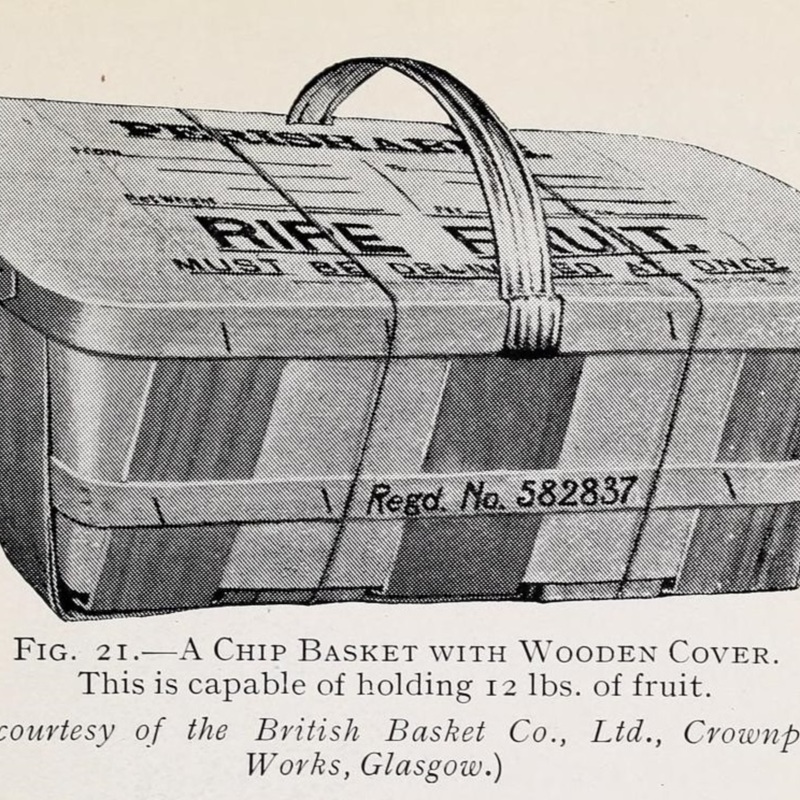 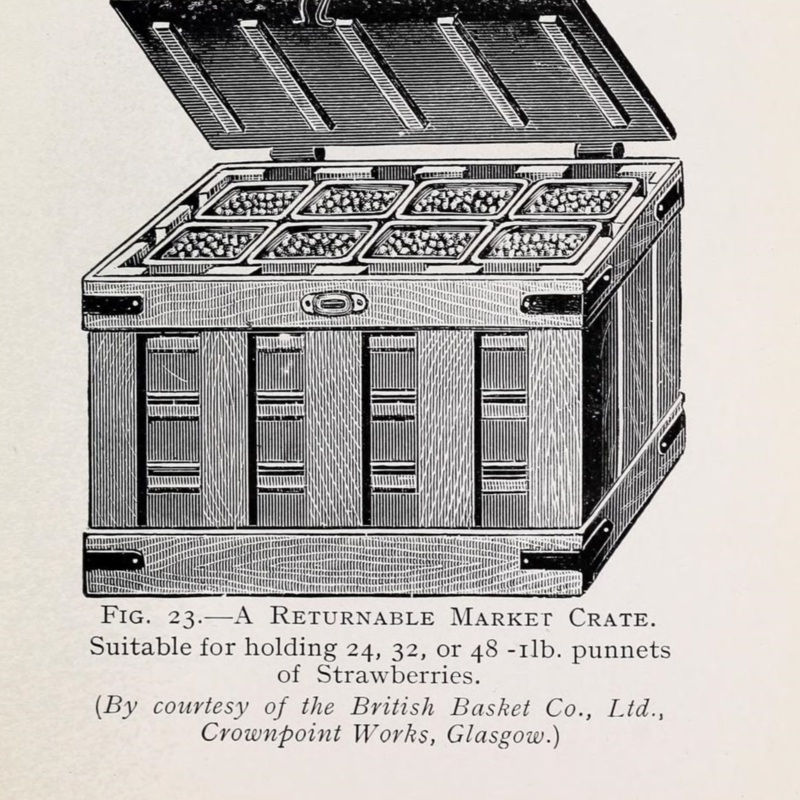 Fruit Packing for Market
A Practical Treatise on the Grading, Packing and Marketing of Hardy Fruit

THE present conditions of marketing have gradually evolved from those which prevailed when all produce was grown locally and for local consumption. At that early stage any package sufficed which was capable of carrying the produce a few miles. Uniformity in shape, material, and weight were of little importance. The result was that each district throughout the country used different packages, and pursued different methods of packing, weighing and measuring the produce.

Then came the establishment of special fruit-producing areas — for example, Kent and Middlesex supplying London, largely by road transport, the Vale of Evesham supplying Wales, the West Midlands and the North, and the Cambridgeshire district supplying the East Midlands and the North. This brought about a certain degree of standardisation of packages in each district. A further and final stage in the process of evolution is now developing, namely, the establishment of National uniformity in packages, packing, weights and measures.

Old customs die hard, and, whilst many packages which are in existence at present are of no more than local use, others have a wider value, and very careful discrimination has to be exercised in selecting permanent units for a National scheme. Nevertheless, the task must be accomplished if home-grown fruit is to compete with and reduce the great hold obtained in our markets by imported produce — a hold which has been rendered possible only by an organised system of marketing, the salient features of which are standardised packages and methods of packing, and guaranteed weights and qualities.

If the overseas grower has successfully overcome local prejudice at his end, and also met the divergent views and fancies of our own markets, surely home growers, by adopting corresponding though not necessarily identical methods, can dispose of our produce to greater advantage than at present. It must be remembered that our proximity to the consumer and our undoubted capacity to supply him with the best fruit which the world can produce are strong points in our favour. Add to these our abundant outlets for the lower grades, which are saleable only in a limited degree abroad, and our more plentiful labour, and the case is strengthened.

If the home grower will only utilise the advantages indicated, his success is assured. Let him reflect that although British fruit is the best procurable, and that Dominion and foreign fruit has an enormous distance to travel, yet the latter sells best. What is the secret? It does not lie so much in the choice of a particular package, as in the fact that the merchant, the retailer and the consumer all know by a glance at the label what each package contains, both as to quality and quantity; and not only so, but they can rely upon getting other packages of the same quality and quantity if they want them. Home growers have really no other course to adopt than to organise similar methods if they are to regain and extend the home markets.

Let us summarise the salient features: -