J. Horace McFarland (1859-1948) operated his horticultural printing business, the J. Horace McFarland Company/Mount Pleasant Press, from 1878 until his death in 1948. His son, Robert, continued to run the company until he sold it in 1962. The materials in this collection came from the company’s records and span most of its existence under the McFarlands’ management, from the late 1890s through 1962. The collection also contains materials from the test gardens located at McFarland’s Breeze Hill property in Harrisburg, Pennsylvania.

Included in the collection are photographs, negatives, transparencies, 35-millimeter slides, nursery and seed trade catalogs, horticultural publications, watercolor paintings, and rose cards describing the development and cultivation of rose varieties. There is also a set of miscellaneous papers from the J. Horace McFarland Company, which includes samples of print work that the company produced. There are ten series of items, most of which are in good condition, with some exceptions. Most of the photographs in Series I are in fair to good condition, although some have been affected by the warping of their mounting boards, discoloration, or water damage. A few items retain printer’s marks or masking. Some of the glass lantern slides in Series III are cracked. Many of the negatives in Series II are seriously damaged or are in various stages of deterioration. As a result, Series II is unavailable for use until conservation treatment can be completed. There are no restrictions on the use of the rest of the collection.

The bulk of the collection consists of photographic materials and images that were produced and used by the J. Horace McFarland Company/Mount Pleasant Press. Series I and II contain prints and negatives of images that were available for sale to McFarland’s customers for illustrating catalogs and other publications. Series III and V contain lantern slides and transparencies, respectively, that McFarland used in his lectures. Most of these images portray horticultural subjects, primarily plants and plant varieties along with detailed images of flowers, fruits, foliage, and plant specimens. Other subjects include garden, orchard, farm, and landscape plantings, as well as horticultural processes, such as transplanting or pruning.

Many of the photographs and negatives in Series I and II were taken at Breeze Hill in Harrisburg, Pennsylvania, the site of McFarland’s home and test gardens. These series include images of plants, flowers, fruits, vegetables, and trees, along with examples of early- to mid-twentieth century landscape gardening. Boxes 110, 111, and 133 of Series I contain scenic images that include early twentieth century rural life, transportation, livestock, gardens, and parks. Most of these scenes depict areas of Pennsylvania and the eastern United States, with numerous images of Harrisburg and Breeze Hill. Evidence of McFarland’s interest in improving public spaces can be found in such subject categories as “Wires and Poles,” documenting the unsightliness of telephone and electric power lines, and “Tree Butchery,” illustrating the effects of over-pruning. Series I Box 66 contains pictures of the interior and exterior of the J. Horace McFarland Company/Mount Pleasant Press.

McFarland maintained high standards for color reproduction in his company’s printed materials. Series VI consists of a set of watercolor paintings produced by McFarland Company staff artists, whose job was to paint pictures of plants growing in gardens in order to represent their exact colors. These paintings were used as benchmarks to achieve precise color rendering in the printing process.

The rose cards in Series VII describe hundreds of varieties of roses. They record names of rose varieties and details about their plants and blooms. Some of the cards contain historical notes regarding the origins and introductions of particular varieties.

Series VIII and IX contain nursery catalogs and trade publications from the files of the J. Horace McFarland Company’s offices. Many of these were printed by the J. Horace McFarland Company/Mount Pleasant Press. Series VIII consists of catalogs from nursery businesses across the United States, the bulk of which are materials from the 1930s through the early 1960s. Series IX has several booklets on gardening, landscaping, national parks, and other horticultural topics. Several copies of the Finding-List of Plants at Breeze Hill Gardens from Series IX are housed separately in the Special Collections stacks.

The original labeling and filing systems from Mount Pleasant Press have been preserved as much as possible in the arrangement of the collection. Most of the materials are filed alphabetically by plant name, variously using Latin botanical names and common names. It is recommended that researchers check for both when searching in this collection. Subject terms other than plant names are interfiled alphabetically with the plants. 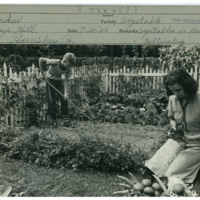 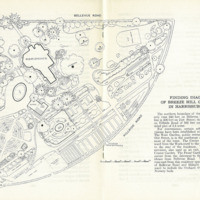 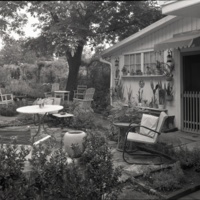 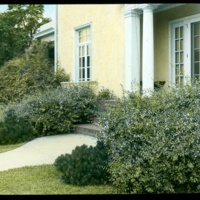 Landscaping with Abelia grandiflora at a home in Bellevue Park, Harrisburg, Pennsylvania, 1916 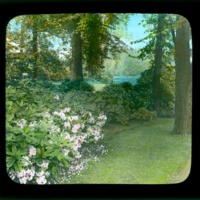 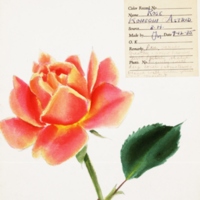 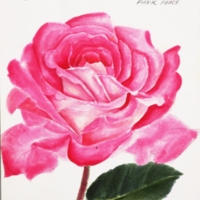 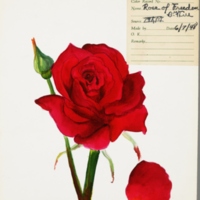 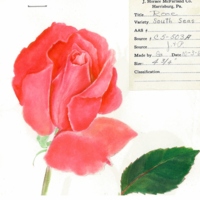 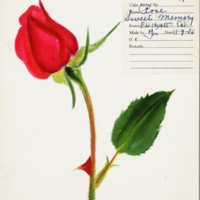 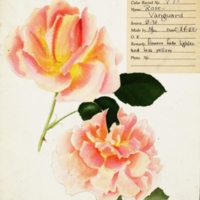 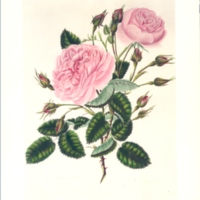 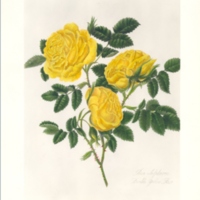 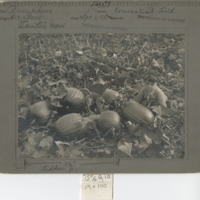 Pumpkins in a Connecticut field 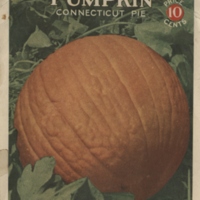