The arrival of August means peak harvest season in many areas of the United States. This month we're celebrating bountiful crops with harvest images from the Emerson Merlyn Brooks Papers.

Brooks was an agricultural statistician and historian. He built a 38-year career with USDA beginning in 1933. He started as a junior agricultural economist, estimating crop and livestock output for state offices in Iowa, Michigan, and Kentucky. Later, he contributed major improvements to USDA's statistical reporting methods.  He also earned high regard as a mentor to visiting international agriculturists.

Brooks took charge of developing training programs for foreign students. He put together several handmade picture albums to introduce his visitors to U.S. history, geography, economy, and culture. The albums proved popular as teaching aids. Brooks turned the albums into an illustrated history called The Growth of a Nation: A Pictorial Review of the United States from Colonial Days to the Present. When the book was published in 1956, U.S. government agencies distributed thousands of copies to their international program participants.

USDA photographers created the pictures used in this exhibit. The images were scanned from Brooks’ original album pages for Growth of a Nation and an unfinished work titled “Pictorial Agriculture USA.” Captions were adapted from text supplied by USDA on the backs of the photos. 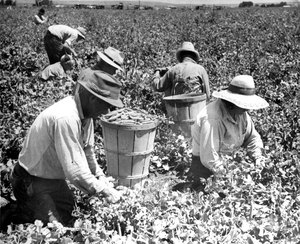 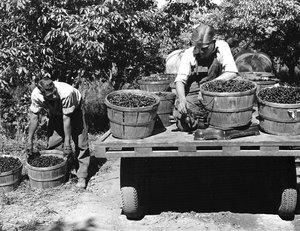 Cherry harvest
Weighing and loading cherries on a truck in the orchard, Provo, Utah 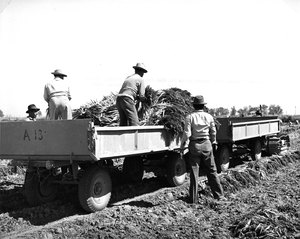 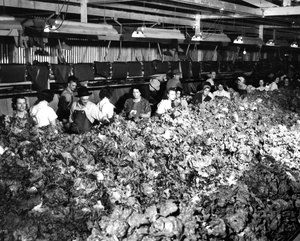 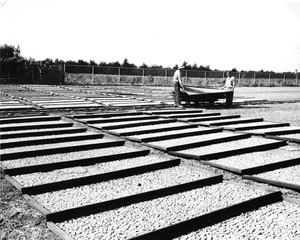 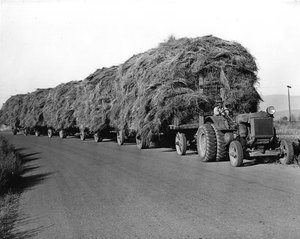 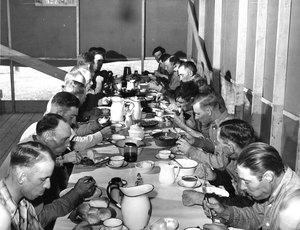 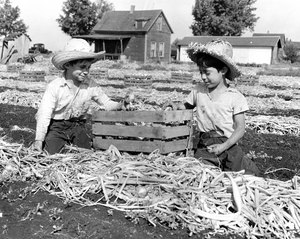 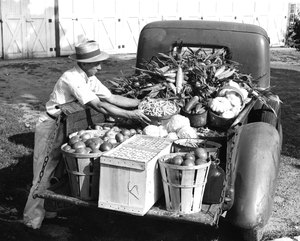 Going to market
A farmer readies a load of farm produce to be sold in York, Pennsylvania 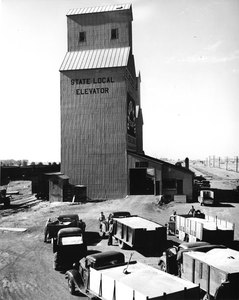 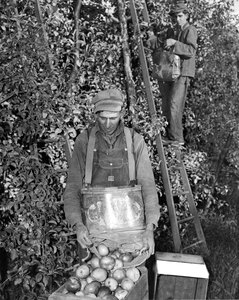 Apple picking
Pickers in an apple orchard in the Shenandoah Valley, Virginia 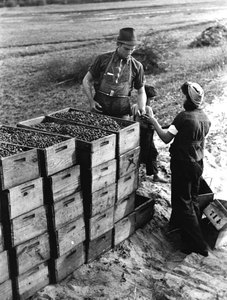 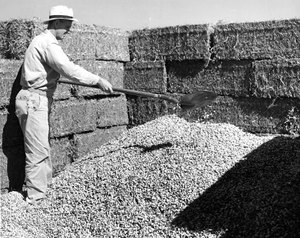 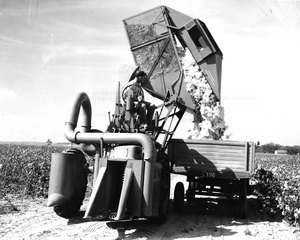 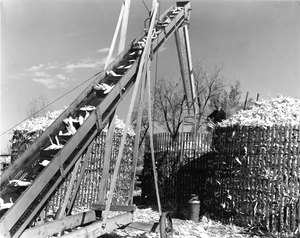 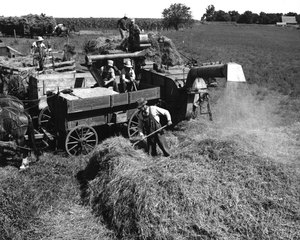