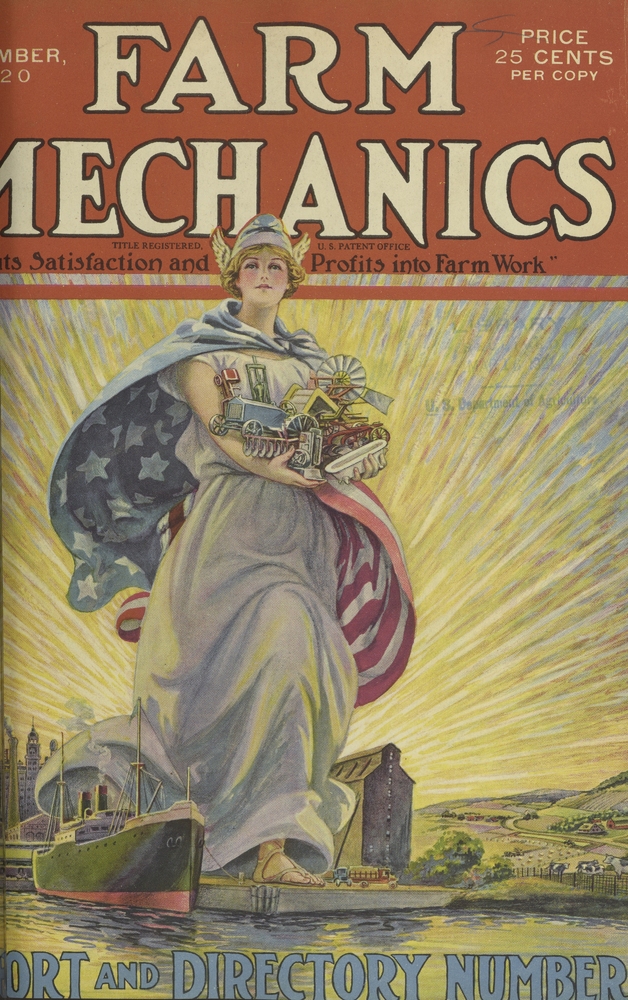 Farm Mechanics: Export and Directory Number [Issue]
"Puts Satisfaction and Profits into Farm Work" Liberty is a symbol of the fertile land and this issue relates to the U.S. as world food producer

The month of July typically sparks a feeling of patriotism in United States' citizens. Summer has arrived and the country unites to celebrate the Fourth of July holiday. People display red, white, and blue decorations in recognition of the heritage of freedoms fought for and won during the Revolutionary War.

In Special Collections, patriotism is evident in the artwork created for posters, nursery and seed trade catalogs, trade magazines, and other historical materials. Various icons, symbols, and colors were used to represent patriotism and freedom.

The female figure of Liberty was the symbol for the United States prior to the Civil War. Below are examples of artistic renditions of her image as it appeared on the cover of Farm Mechanics magazine and the 1919 victory edition of the War Garden Manual produced by the National War Garden Commission.

Uncle Sam has been the symbol for the United States since the Civil War. He is easily recognizable and has become a cultural icon, appearing in cartoons, costumes, government posters, and nursery and seed trade catalogs.

The flag and its colors are strong patriotic symbols that unite people in a time of war or crisis. Much of the artwork on catalog covers and posters during the World War I and II time period include both Liberty and Uncle Sam adorned in clothes with flag designs. The flag colors, specifically in the configuration of stars and stripes, add to the sense of pride in country and unity of people. 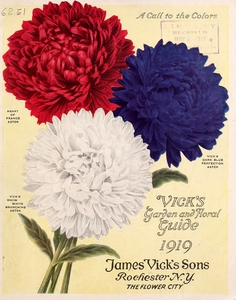 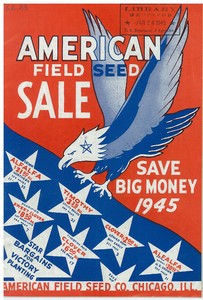 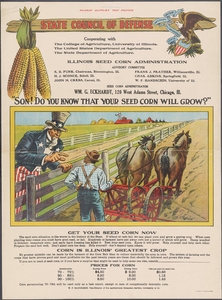 Son! do you know that your seed corn will grow?" : get your seed corn now ... : corn is Illinois…
The illustration on this World War I era poster shows Uncle Sam talking to a farmer. An eagle with US shield in its talons on upper right. 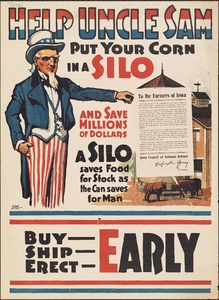 Help Uncle Sam put your corn in a silo and save millions of dollars : a silo saves food for stock as…
World War I era poster showing Uncle Sam pointing to a silo on a farm with cows. This is a Woods Bros. Silo & Mfg Co. advertising poster. 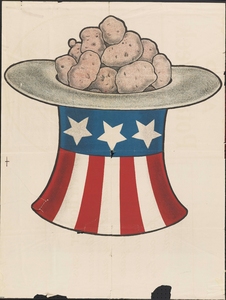 Untitled graphic poster showing an Uncle Sam hat filled past the brim with potatoes
Popularized by the political cartoonist, Thomas Nast (1840-1902), "Uncle Sam" has been the symbol for the U.S. government since the 1860s 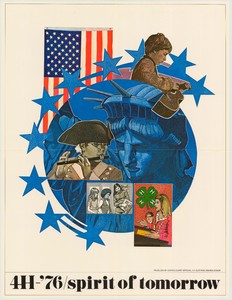 4H-'76/spirit of tomorrow
The Spirit of '76 is a patriotic sentiment referring to freedom begun by the Declaration of Independence. 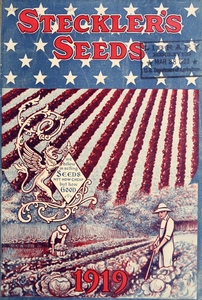 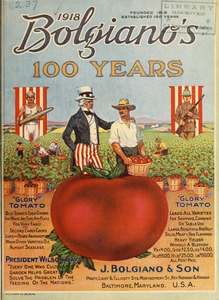 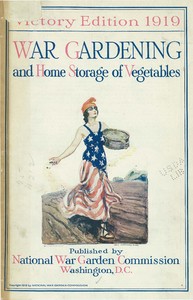 War Gardening and Home Storage of Vegetables: Victory Edition
Liberty, dressed with the stars and stripes of the American flag, participating in the war by preparing food 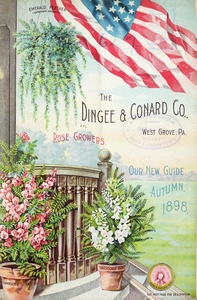 Our new guide : autumn 1898 by Dingee & Conard Co., West Grove, PA
The flag colors, specifically in the configuration of stars and stripes, usually engenders feelings of pride and unity and is a strong symbol of…