Adventures of Maximilian and Bodmer

Today, most of us would agree that all of Maximilian's journey was an adventure, starting with the 48-day trip from Europe to America. Always at the mercy of the weather, the sail-powered ship was frequently subjected to violent storms, then becalmed by windless days. The ship's passengers risked drowning or depleting their food and water supplies before reaching port. Maximilian, however, discounts the dangers by stating: "Voyages to North America are become everyday occurrences, and little more is to be related of them than that you met and saluted ships, had fine or stormy weather, and the like..." 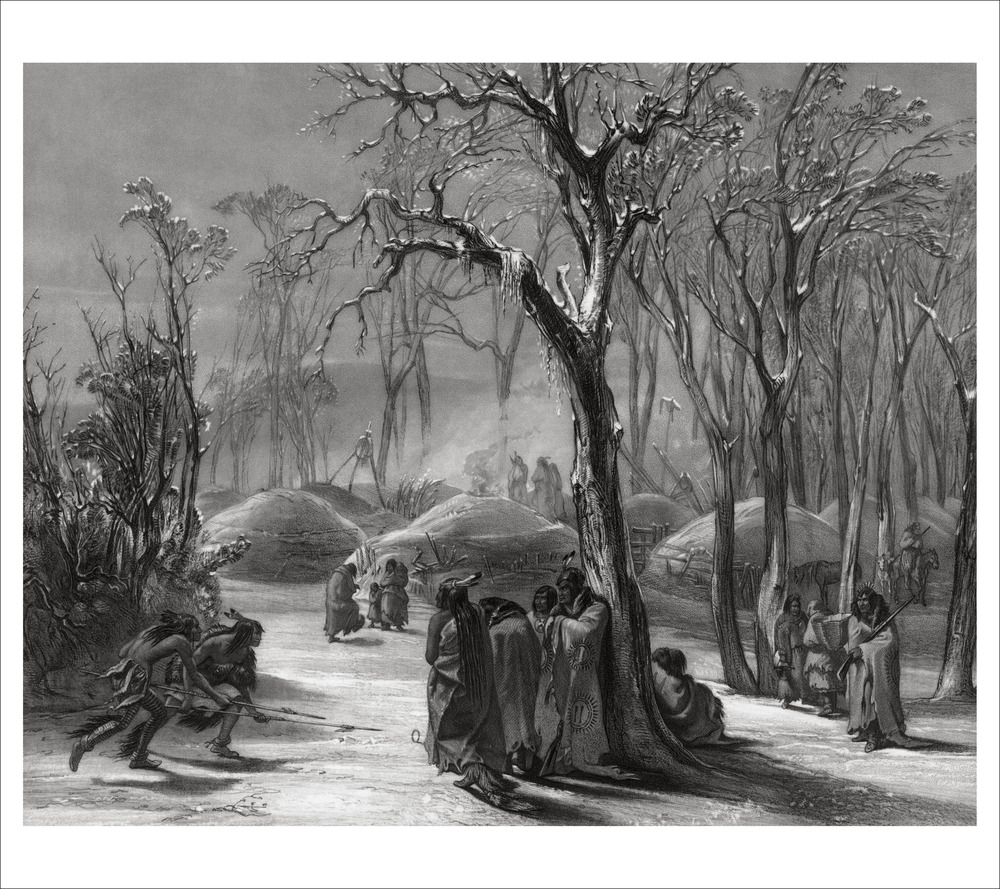 Tableau 26: Winter Village Of The Minatarres

Since Maximilian's stated purpose was to observe and record the indigenous human inhabitants and the natural landscape of the West of the interior of North America, the bulk of his writing describes the sojourn he and the artist Karl Bodmer(and Maximilian's servant and hunter, Dreidoppel) made up the Missouri River to Fort McKenzie and back. Because of the hazards to be encountered on the Missouri River and in Indian territory, Maximilian was advised to travel by steamboat under the aegis of the American Fur Company, which guaranteed the only relatively safe passage into primitive territory. Therefore, on April 10,1832, Maximilian, Bodmer, and Dreidoppel departed St. Louis, Missouri, on board the steamboat, Yellow-Stone, owned by the fur company.

All along the Missouri River, they faced constant adversity. Low water and snags necessitated frequent unloading and reloading of the boat's cargo. Violent storms and strong currents drove the boat ashore and damaged it, as did a fire on board. Supplies were lost overboard; chickens in cages drowned.

"The flames rose from the forest to height of 100 feet--fiery smoke filled the air: it was a splendid sight!"

Many of Maximilian's botanical and zoological specimens were ruined by the water. In fact, he discovered that some of the boat's crew members were tossing his collections overboard. And finally, collections that he shipped home, uninsured, via steamboat were lost in an onboard fire.

When the team stopped at a military post, Fort Leavenworth (then named Cantonment Leavenworth), Kansas, most of the brandy which they needed to preserve specimens was seized. Not long after, Maximilian narrowly missed stepping on a rattlesnake. During Maximilian's stay at Fort McKenzie, Montana, he witnessed, at close range, an Indian battle. That experience combined with reports of other hostilities in the area prohibited his intended travel to the Rocky Mountains. 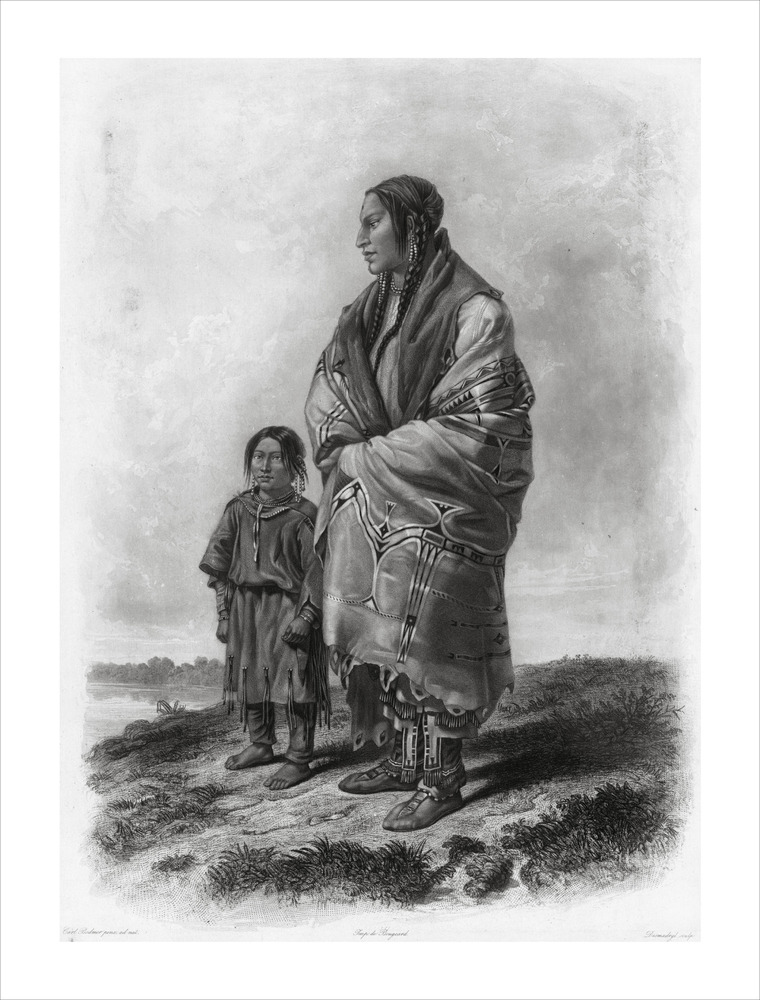 On their return trip to St. Louis, Maximilian and company stayed at Fort Clark from November 1833 to April 1834. As Maximilian recounts, he and the other inhabitants of the fort endured extreme hardships. The roof of their living quarters leaked, the moisture threatening to ruin their notes, specimens, and drawings. As their food and other provisions ran low, they were prevented from adequately restocking the larder due to the extreme cold and heavy snow. Worst of all, their health was seriously jeopardized.

On the 11th of March I felt the first symptoms of an indisposition, which daily increased, and soon obliged me to take to my bed. It began with a swelling in one knee, and soon extended to the whole leg, which assumed the colour of dark, extravasated blood. A violent fever succeeded, with great weakness, and, having neither medical advice nor suitable remedies, my situation daily became more helpless and distressing, as there was nobody who had any knowledge of this disorder. The other inhabitants of the fort were likewise indisposed, and our provisions were very bad and scanty....


... At the beginning of April I was still in a hopeless condition, and so very ill, that the people who visited me did not think that my life would be prolonged beyond three or, at the most, four days. The cook of the fort...one day expressed his opinion that my illness must be the scurvy, for he had once witnessed the great mortality among the garrison of the fort at Council Bluffs, when several hundred soldiers were carried off in a short time...He said that the symptoms were in both cases nearly similar; that, on that occasion, at the beginning of spring, they had gathered the green herbs in the prairie, especially the small white flowering Allium reticulatum, with which they had soon cured the sick. I was advised to make trial of this recipe, and the Indian children accordingly furnished me with an abundance of this plant and its bulbs: these were cut up small, like spinage, and I ate a quantity of them. On the fourth day the swelling of my leg had considerably subsided, and I gained strength daily.

In the course of their two-year sojourn in the New World, they experienced many adventures. They witnessed a great, spontaneous prairie fire: "The flames rose from the forest to height of 100 feet--fiery smoke filled the air: it was a splendid sight!" They were able to view magnificent wild animals from a unique perspective, as Maximilian recounts an incident from September of 1833:

As we were rapidly carried down by the current, in a turn of the river, we suddenly saw a herd of at least 150 buffaloes, quite near to us, standing on a sand bank in the river. The bulls, bellowing, drove the cows along; many were in motion, and some standing and drinking. It was a most interesting scene. My people laid aside their oars, and let the boat glide noiselessly along within a short rifle-shot of the herd, which took no notice of us, doubtless taking our boat for a mass of drifting timber...The great number of wild animals, buffaloes, elks, bighorns, and antelopes, which we saw on this day, afforded us much entertainment. We checked, on this occasion, our sporting propensities, that we might be able better to observe those interesting animals, in which we perfectly succeeded.