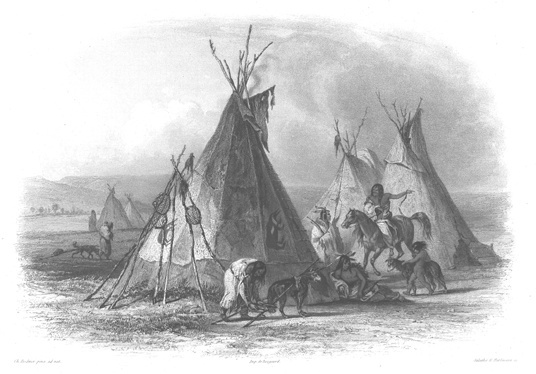 Vignette XVI: A Skin Lodge Of An Assiniboin Chief

A naturalist, ethnographer, and explorer, Maximilian enjoyed learning about natural history early in his life. He studied with Johann Friedrich Blumenbach (1752-1840), a German professor, known as the father of physical anthropology, who proposed one of the earliest classifications of the races of mankind. Because his professorencouraged his interest in natural history, Maximilian first traveled to Brazil from 1815-1817 to study the flora, fauna, and people of the land. He had the opportunity to work with two German scholars who were conducting research in Brazil. During the expedition, Maximilian kept notes on his travels, which he later published as Reise nach Brasilien in den jahren 1815 bis 1817 (Travels in Brazil in the Years 1815, 1816, 1817 ). It was this publication that earned him respect as a naturalist. 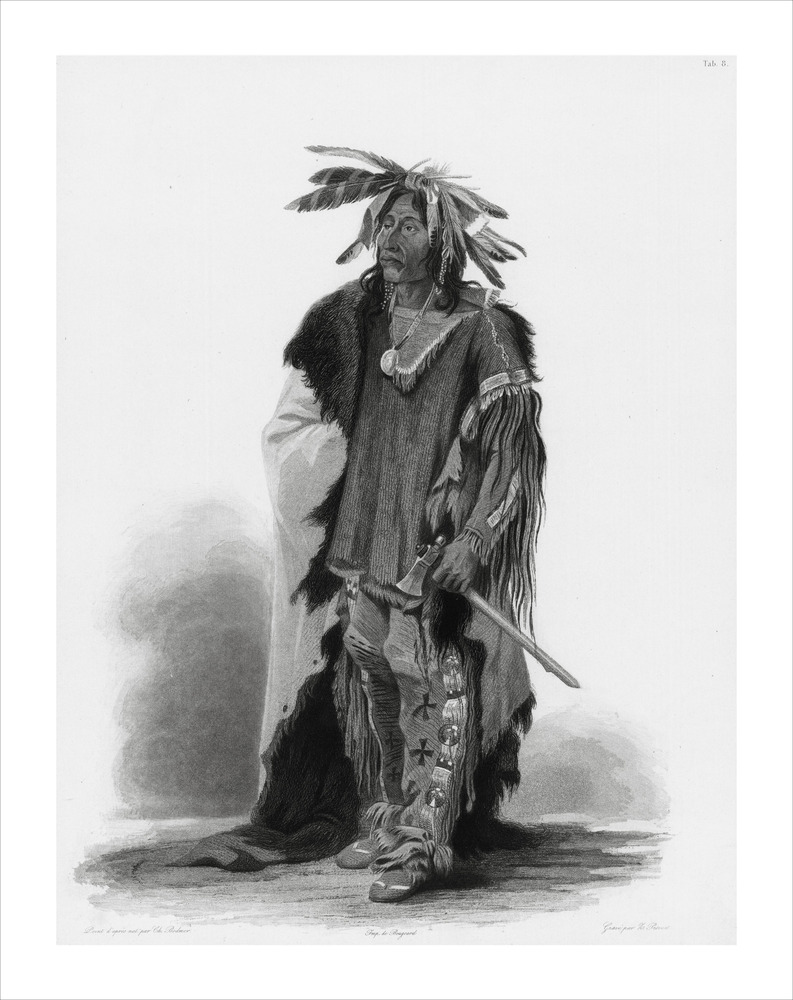 Prompted by the success of the Brazil trip, Maximilian desired to lead an expedition to the American West. His reason for the journey, as stated in the preface to his book, was to provide foreigners with a description of the natural scenery of North America and of the cultures of the indigenous inhabitants, a project he thought the United States government had neglected. Although there had been earlier scientific expeditions, none, in his opinion, had supplied adequate portrayals of either subjects. For this expedition, Maximilian hired an artist to accompany him, instead of relying on his own sketches. At the age of forty-nine, Maximilian set out with Swiss artist Karl Bodmer and hunter-taxidermist David Dreidoppel to learn about the Native American people and their culture.