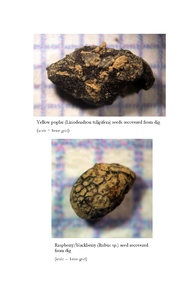 Remains of raspberry seeds and yellow poplar found at the site

More than 4,000 prehistoric artifacts were collected during Phase III. Most of these were associated with the Selby Bay phase of the Middle Woodland period (600 to 900 A.D.).

Several of the cultural features uncovered during excavation showed the wide range of people’s activities at the site. They gathered stone material for tools. They reduced stones to make new tools, and sharpened and repaired worn or damaged projectile points. Hearth stones and fire-cracked rock indicated that they prepared their food using hot rock cooking methods. 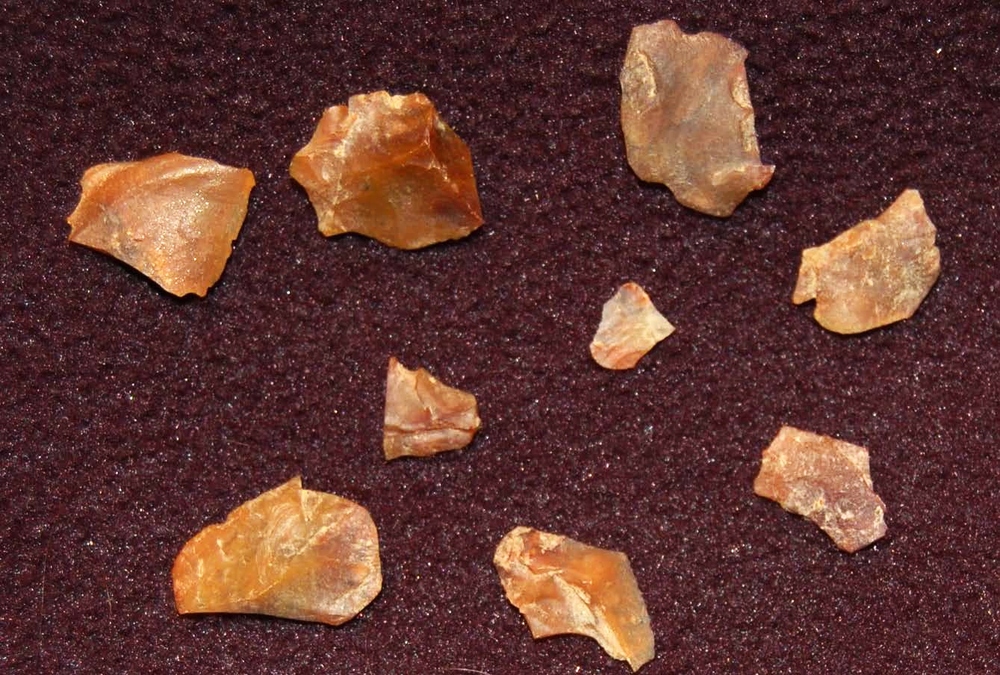 Stone tools (such as projectile points, scrapers, and hammer stones) and debitage recovered from the site showed the inhabitants preferred using jasper for tool making. Jasper does not occur locally. The people would have had to acquire it from an outside source, either by trade or by visiting far-away quarries in Pennsylvania and Virginia.

The camp’s occupants also prepared food at the site. Two clusters of cobbles and smaller scatters of fire-cracked rock resembled hearths used for cooking. The streams and wetlands near the site would have provided a wide range of plants, animals, and fish that the inhabitants could have used for food. 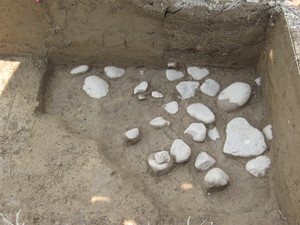 Cluster of stones probably used in a hearth. Hickory nutshells and walnut shell fragments, along with wood, seeds, fungi, and buds were found here.