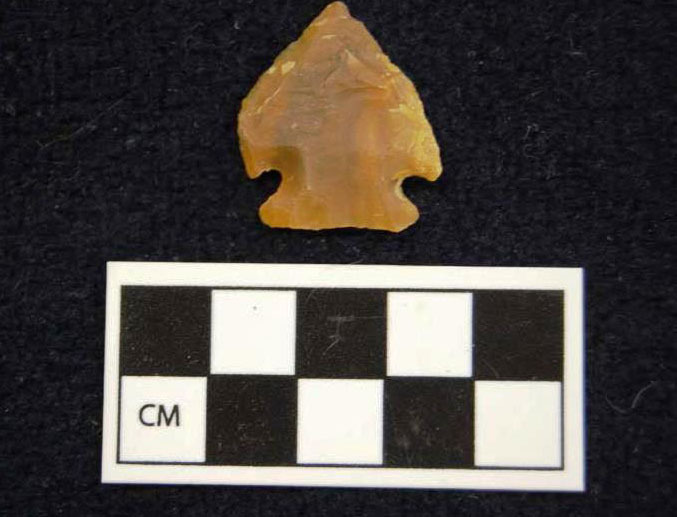 The types of lithic materials recovered at the site revealed that the occupants strongly preferred jasper and chert for tool making. Unlike quartz and quartzite, which were abundant around the campsite and along the Paint Branch drainage, jasper had to be obtained from quarries located far from the site. Geochemical analysis identified at least four different sources for the jasper material found at the site, including two quarries in Pennsylvania and two in Virginia. Such evidence indicates that the site occupants participated in long-distance trade networks.

Different types of debitage recovered from the site offer other clues about how the people obtained their stone materials. Small pieces or fine fragments made up most of the non-local jasper debitage, reflecting the final stages of tool manufacture or upkeep. In contrast, the quartz and quartzite debitage was much larger and less refined. The occupants may have reduced local stones to rough, partially finished tools while camped at the site. They perhaps took these unfinished pieces with them to complete elsewhere as the need for tools arose. 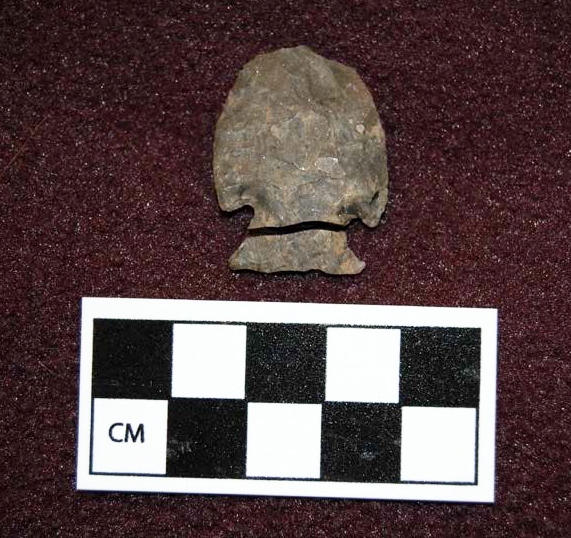 Rhyolite tool fragments and debitage at the site suggest the people traded or made long-distance trips to rhyolite quarries near Catoctin Mountain and elsewhere in western Maryland.

The location and time period of the BARC Floodplain A site caused archeologists to expect more rhyolite artifacts than they actually found. Situated mid-way between the rhyolite outcrops in the Blue Ridge Mountains and the known Selby Bay villages along the Chesapeake, the BARC site lay within an area where rhyolite would have been a dominant lithic material. Other Middle Woodland sites in Maryland usually contained much larger amounts of rhyolite. Its scarcity at the BARC site suggests either the occupants did not prefer that stone or they faced a shortage of rhyolite, at least during the brief time they occupied the site which is belived to be only a few times.