The 233 page typescript includes correspondance between Meyer and his superior, Fairchild, regarding Meyer's exploration trip to South China from 1916-1918. These letters allow us to glimpse a part of Meyer's personality - his excitement discovering plants as well as his lonliness in the foreign wilderness. The typescript also contains small black and white photographs of plants found in China, as well as personal letters and accounts of Meyer's death during the expedition.

The following image and captions are drawn from Meyer's South China Exploration typescript.

A full copy of the typescript is available at the Internet Archive. 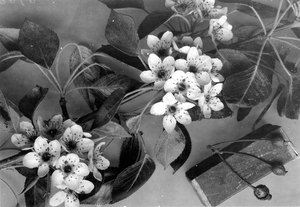 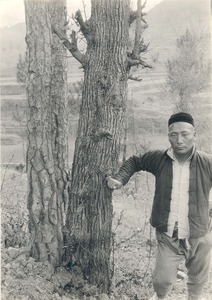 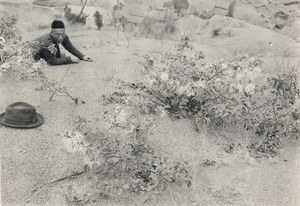 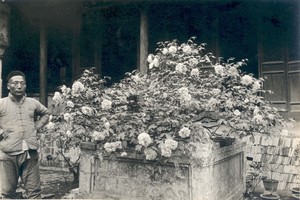 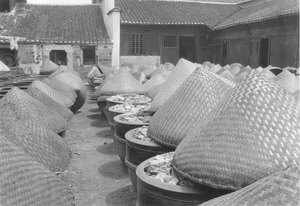 The loneliness of life; the great amount of work I have to do, which I can never finish; the paralyzing effects of this never-ending horrible war; and so many another thing, these often rob me of my sleep and make me feel like a ship adrift.

Beancurd and beanmilk always taste beany! - The cheese, however, has lost this unpleasant characteristic. If soft beancurd is beaten up, with sugar, it also improves much in flavor.

You probably know that poppy cultivation has been totally prohibited in all China and that poppy seed is absolute contraband for which farmers have been beheaded who had it in their possession.

Do not forget that we consider the knowledge which you have accumulated a most valuable asset. You have begun a great work, and it would be a tremendous pity not to carry it further, particularly during these strenuous times.

David Fairchild in his reply to a letter from Meyer in which he reported suffering a nervous breakdown
June 29, 1917

You speak in one of your recent letters of wishing you had some one to advise you. My dear Meyer, these are times when we all need advice, but unfortunately there are times when those who try to advise feel peculiarly incompetent to do so. I might easily advise you to come back to this country and take up the breeding of plants, but I do not feel sure that a man of your restless disposition will be contented with the necessarily quiet life of a plant breeder.

We were held up by soldiers a few times and some unpleasantries were indulged in, but on the whole we could have fared far worse.-Of course we passed thru villages that had been looted and burned and food was hard to obtain, but to an old hand out here, like myself, these things have so often been encountered that one is used to them.

Yes, Mr. Fairchild, it often seems that we do not live ourselves any longer but that we are being lived. Uncontrollable forces seem to be at work among humanity and final results, or possibly purposes, are not being revealed as yet, that is, for so far as I can look into this whole titanic cataclysm.

Concerning Dr. McCollum's idea that leafy green vegetables are essential in the human diet, well, this is a mooted question. The Russians at large use but few leafy herbs, and thousands of cowboys, especially in the Argentine, live on an almost pure meat diet. Of all of the leafy greens the Chinese love especially those belonging to the cabbage and mustard group; it seems that the race has found out that they supply some essential factors.

It appears that Mr. Meyer while traveling down the Yangtze from Hankow to Shanghai on the S.S. "Feng Yang Maru" of the Nisshin Kisen Kaisha, was drowned near Wuhu. Whether he fell off the ship accidentally or committed suicide in a fit of depression will probably never be known.

Excerpt from the report received from the American Consul in Charge
Shanghai, China
June 14, 1918