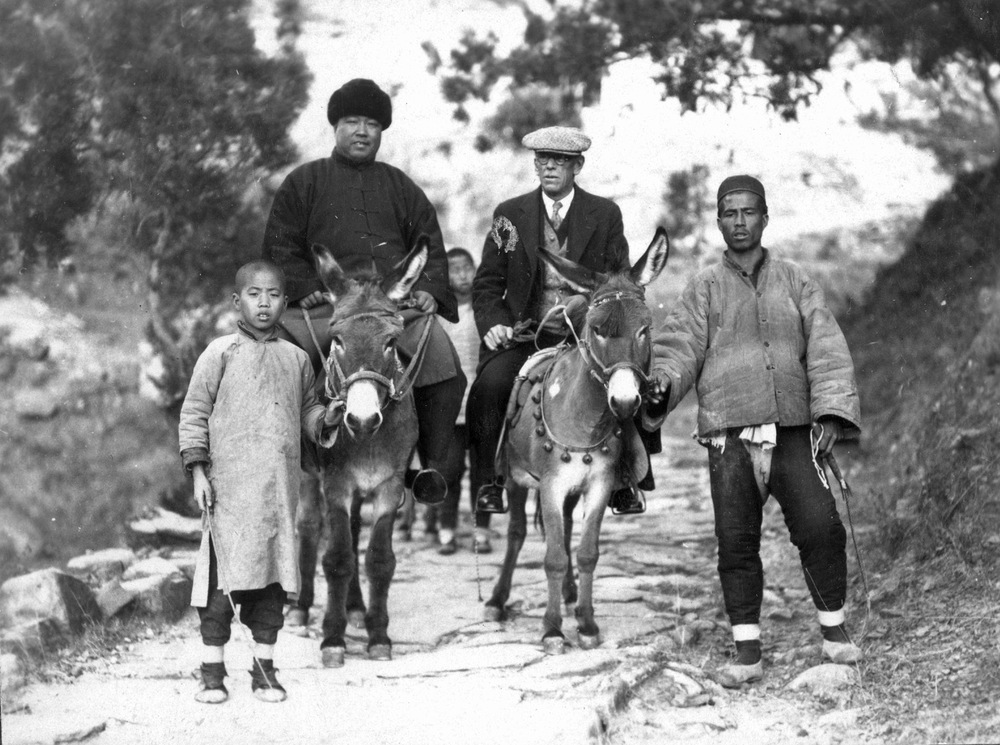 The Dorsett-Morse Oriental Agricultural Exploration Expedition Collection occupies 31.5 linear feet, in 25 flat pamphlet boxes, one flat folio box, five photograph negative boxes, three oversized photograph negative boxes, and two document boxes. The collection consists of seven photograph albums, two scrapbooks, 16 journals, more than 900 photographs and negatives, postcards, travel brochures, greeting cards, and other ephemera. The materials recount Palemon Howard Dorsett and William Joseph Morse's 1929-1932 Asian expedition, illustrating plant varieties and uses, landscapes, and cultural practices. The major purpose of the expedition was to study the planting, cultivation, and harvest of soybean varieties, and to send samples home to the United States for further investigation. During the early twentieth century soybeans had become a crop of interest for American farmers, and the information provided by the Dorsett-Morse Expedition was invaluable to the advancement of the American soybean industry.

View from the south side of one of the large circles in the north end of Hibiya Park, where there is a good display of tulips in full bloom.

The photograph albums were acquired by the United States Department of Agriculture (USDA) Library in 1944. As a result of a 2002 web exhibit, to complement the photograph albums, the Arnold Arboretum donated more than 900 photographs and negatives to Special Collections of the National Agricultural Library (NAL). In 2003, the American Soybean Association placed the Dorsett-Morse Expedition journals on permanent loan in Special Collections. William Morse's daughter Margaret donated a scrapbook and other personal effects in 2004. The collection materials are in good condition. The photograph album portion of the collection was processed and a corresponding finding aid and web exhibit were completed April 5, 2002 by Stephanie M. Boehmer, a graduate student at the University of Maryland, College of Information Studies. The loose photographs and negatives, scrapbooks, official journals and personal items were processed and a comprehensive finding aid for all parts of the collection was completed in 2005 by Kara L. Boehne, also a graduate student at the University of Maryland, College of Information Studies. Additional negatives were added in 2006 by Amber Thiele, Chesapeake Information and Research Library Alliance Fellow. 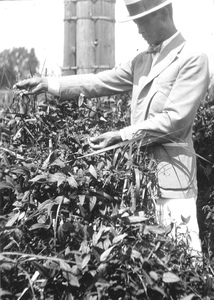 Soja ussuriensis. Wild soy bean. View [of] the wild soy bean plants growing along road side on [the]… 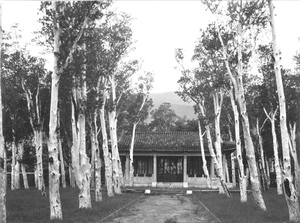 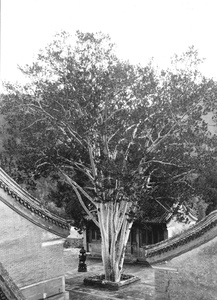 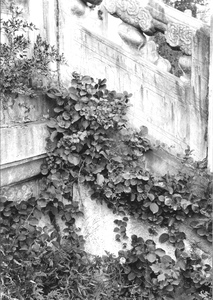 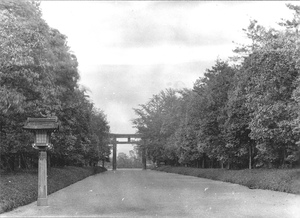 In addition to showing a portion of the entrance walk, a small lantern on the left and a large torii… 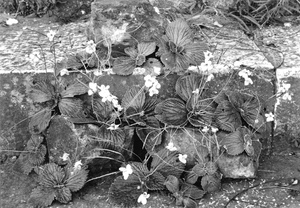 Undetermined. Ming Tomb, China. [August] 23, 1930. These plants were collected outside of the tomb… 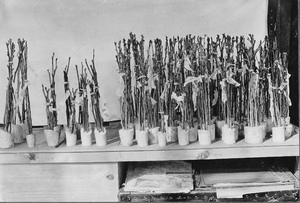 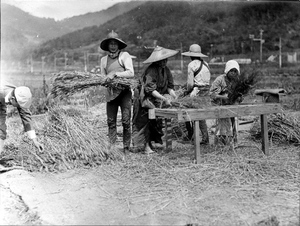 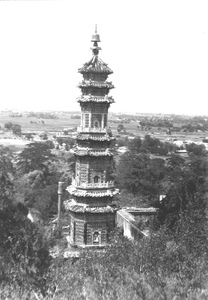 Pagoda. Summer Palace. Peiping[, China]. Another view, but slightly different from the above [A… 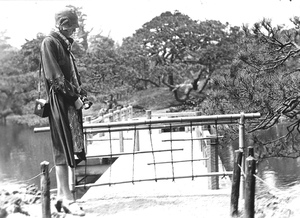 Meditating at a bamboo gate barrier to a bridge across a portion of a small lake in Oushi Park.… 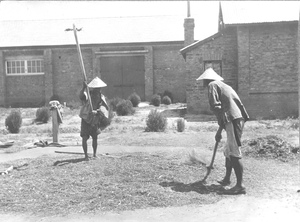 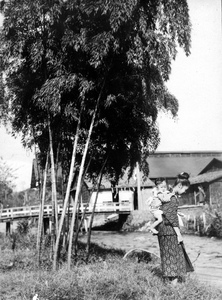 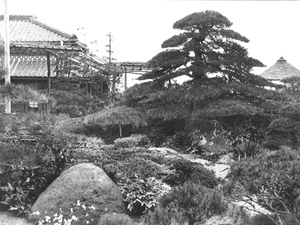 View of a portion of the [fascinating] Japanese garden at the inn at which we stayed [in] Okitsu,… 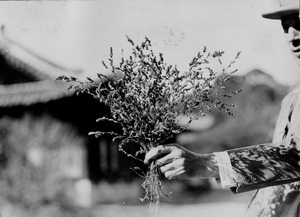 A close up view of handful of plants from which seed was secured and sent to Washington under 1632.… 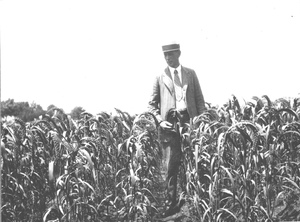 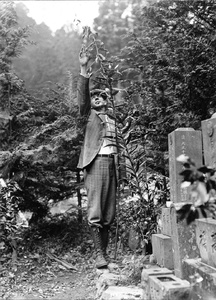 This (lily) is fully 8 or more feet in height as can be seen by comparing it with Mr. Morse who is… 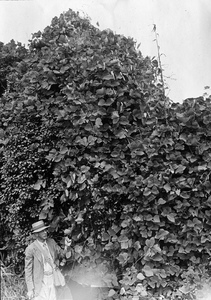 This surely is the land of kudzu for one finds it almost everywhere. This picture was taken near…
← George Washington Carver
Drug and Poisonous Plants →
Dorsett-Morse Oriental Expedition