Hazel Katherine Stiebeling (1896-1989) was a food economist for the U.S. Department of Agriculture (USDA) beginning in 1930. She held the following leadership positions during her tenure in the Department: Chief of USDA’s Bureau of Human Nutrition and Home Economics from 1944-1953, Director of Home Economics Research from 1953-1957, Director of Institute of Home Economics from 1957-1961, and ARS Deputy Administrator from 1961 until her retirement in 1963. She was a pioneer in applying sample survey methods to national nutrition problems in order to arrive at the knowledge of food habits of population groups and other factors. During the 1930s, she helped devise an emergency plan for feeding the victims of serious droughts in the South. Her research and interest in diet deficiencies in the United States led to the development of school lunch programs, and programs for increased consumption of milk, fresh fruit, and green vegetables. 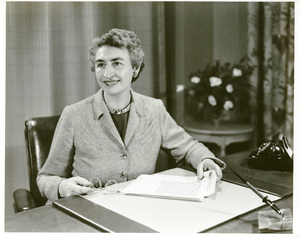 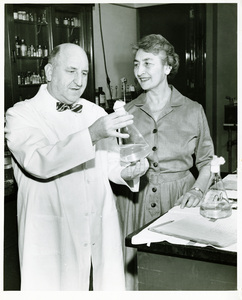 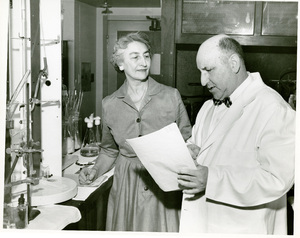 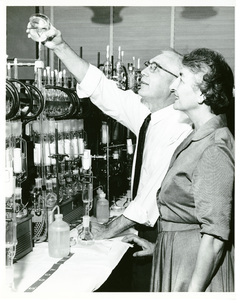 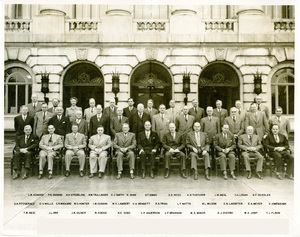 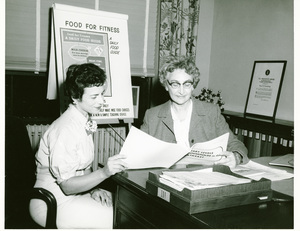 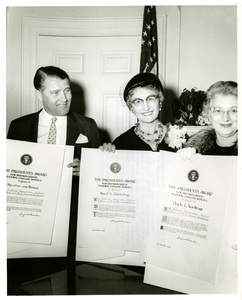 These three were among the five who received President Eisenhower's Award for Distinguished Federal Civilian Service in a White House ceremony. Center: Hazel K. Stiebeling, director of the Institute of Home Economics of the U.S. Department of Agriculture