Severn Run's Cazador served as part of an experiment for the U.S. Department of Agriculture's (USDA) Screwworm Eradication Program. USDA scientist John Bertram Welch wanted to see if a dog could be trained to sniff out animals that were infested with screwworms, as well as to find screwworms that had fallen out of wounds, crawled into the ground, and pupated.

Welch contacted the U.S. Customs Service's Detector Dog training facility in Front Royal, Virginia for assistance. Dog breeders Lawrence and Patricia Huntington were intrigued with the concept and donated an animal to Welch. The choice was Cazador, an American Kennel Club (AKC) Registered German Wire-haired Pointer, who was born on July 26, 1985, at the Huntington's Severn Run's Kennel in Annapolis, Maryland.

Cazador began his training in 1988. After five months, Cazador was able to successfully detect infested animals. He could detect the pupae in the ground after three more months. His unique abilities and enthusiastic personality made him a treasured member of the Screwworm Research Unit in San Jose, Costa Rica. Cazador was Welch's constant companion, traveling with Welch and giving demonstrations. Cazador worked primarily in Costa Rica, Mexico, Panama, and Texas. 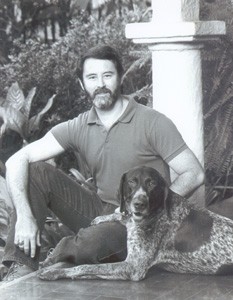 Cazador and Dr. John B. Welch 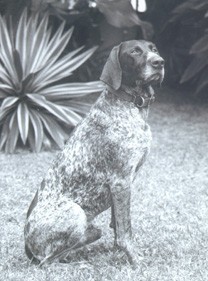 Caz, short for Cazador (Spanish for "hunter") is a German wire-haired pointer. He was trained to find screwworms on animals that may carry the disease-carrying pests. 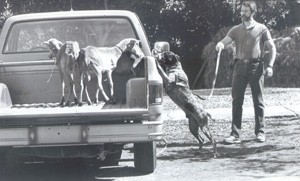