Veterinary parasitologists of the Bureau of Animal Industry (BAI) were leaders in the development of parasitological work in the United States. Besides finding solutions to parasitic problems of national economic importance and creating internationally recognized research tools, early employees influenced the development of institutions of human medicine and the founding of professional organizations. 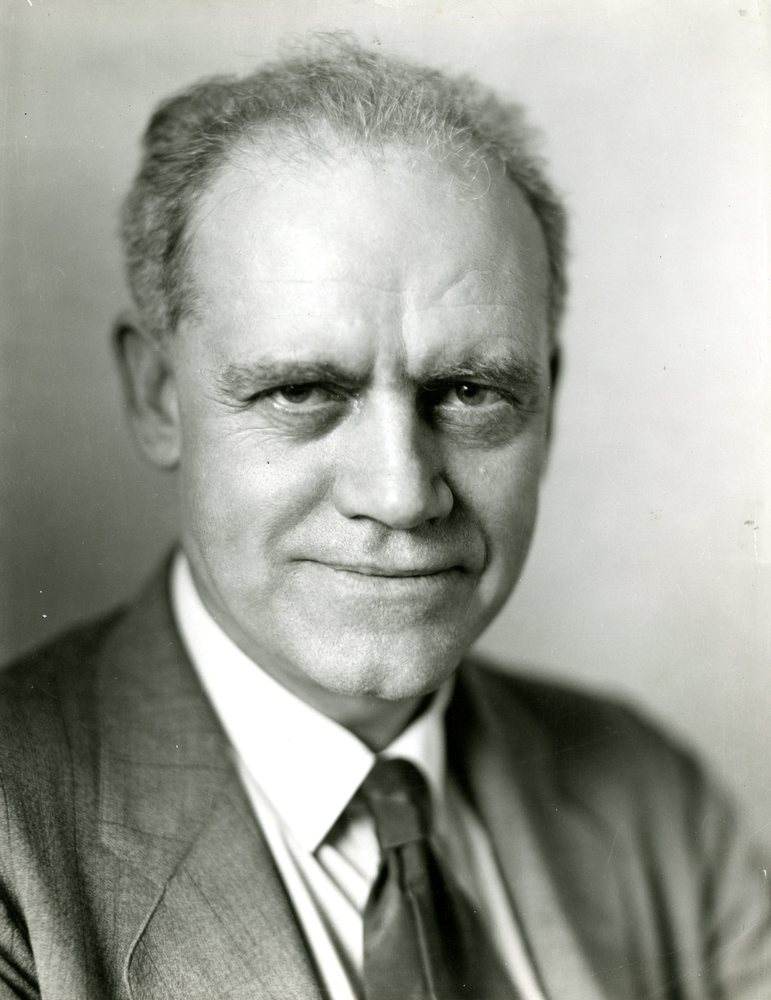 BAI staff served on an advisory board for the National Laboratory of Hygiene of the United States Marine Hospital Service (now the National Institutes of Health) beginning in 1902. The board allowed non-physicians to run the Hygienic Laboratory’s divisions of chemistry, zoology and pharmacology. Charles W. Stiles resigned from the BAI to lead the Hygienic Laboratory’s newly created Division of Zoology. Stiles continued to collaborate with his former USDA colleagues and work on the Index-Catalogue with Albert Hassall. In 1936, Maurice C. Hall followed in Stiles' footsteps and left the BAI to become the second chief of the Division of Zoology. 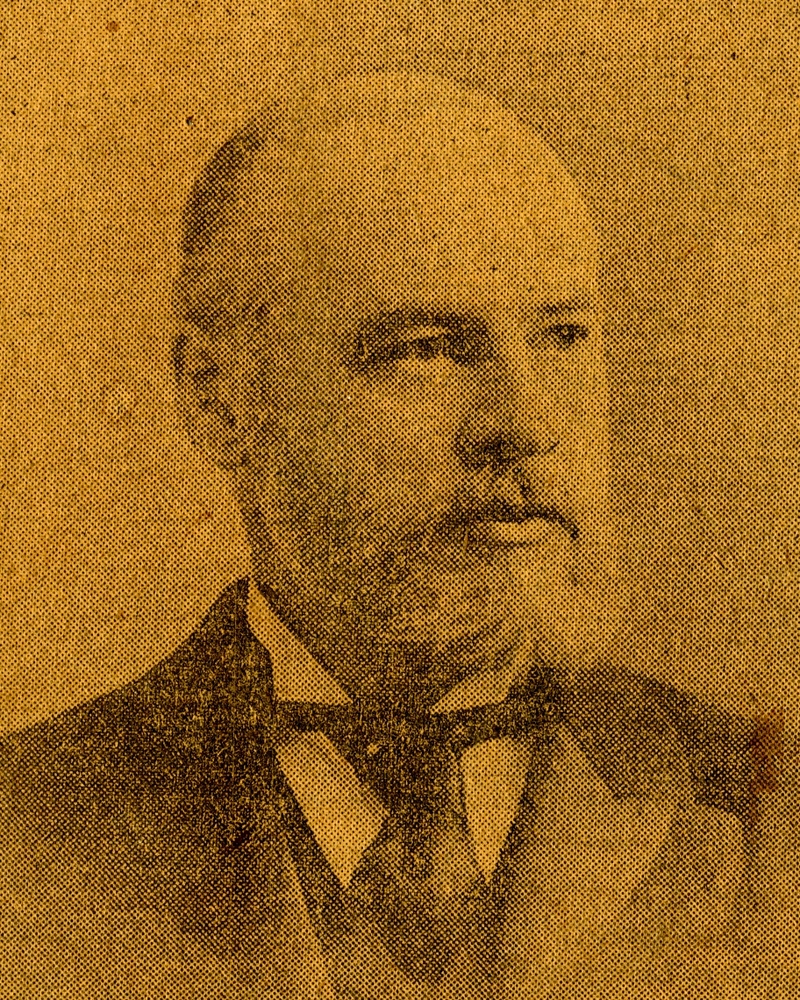 Beginning in 1893, BAI scientists worked with the first dean of the Johns Hopkins medical school, William H. Welch, and the Department of Medical Zoology (and its successors) of the School of Hygiene and Public Health. Welch, a physician with veterinary connections, worked on swine salmonellosis and continued investigations initiated by BAI scientists Daniel E. Salmon and Theobald Smith. 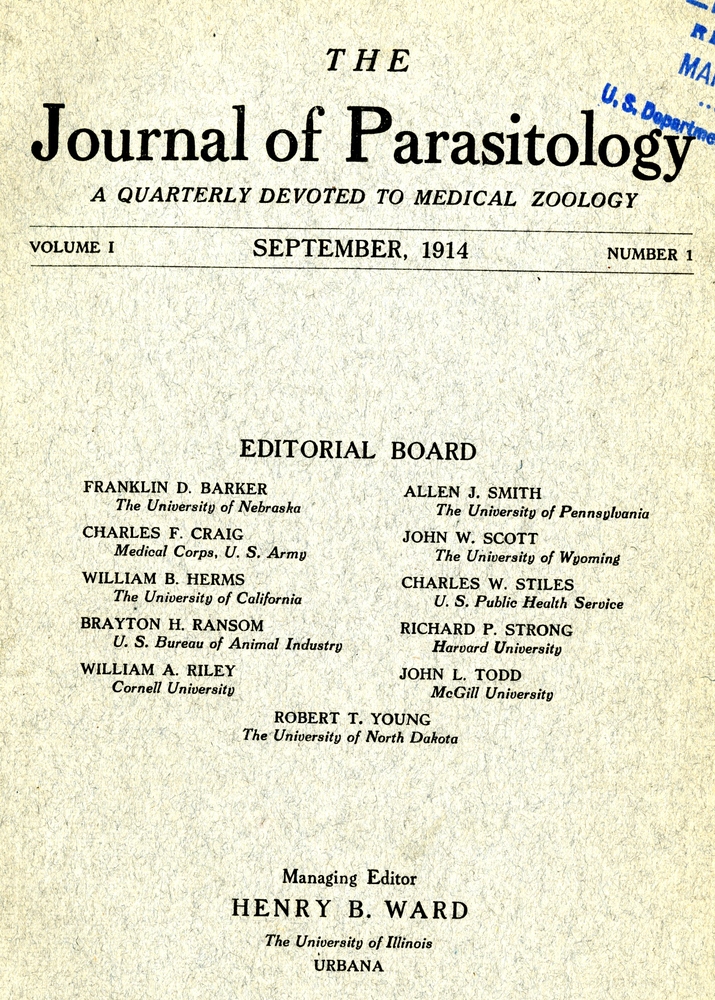 Cover, The Journal of Parasitology, Volume 1, 1914

Founded in 1911, the Helminthological Society of Washington was the first professional organization of parasitologists in America. Early members included Charles W. Stiles of the Hygienic Laboratory, and Brayton H. Ransom, Nathan Cobb, and others from the USDA’s Bureaus of Animal Industry, Entomology, and Plant Industry. The society’s proceedings were originally published in Science magazine. In 1914, the society began issuing its Journal of Parasitology, edited by Henry Baldwin Ward at the University of Illinois. The journal published research papers on a broad range of medical zoology topics covering more than parasitology. 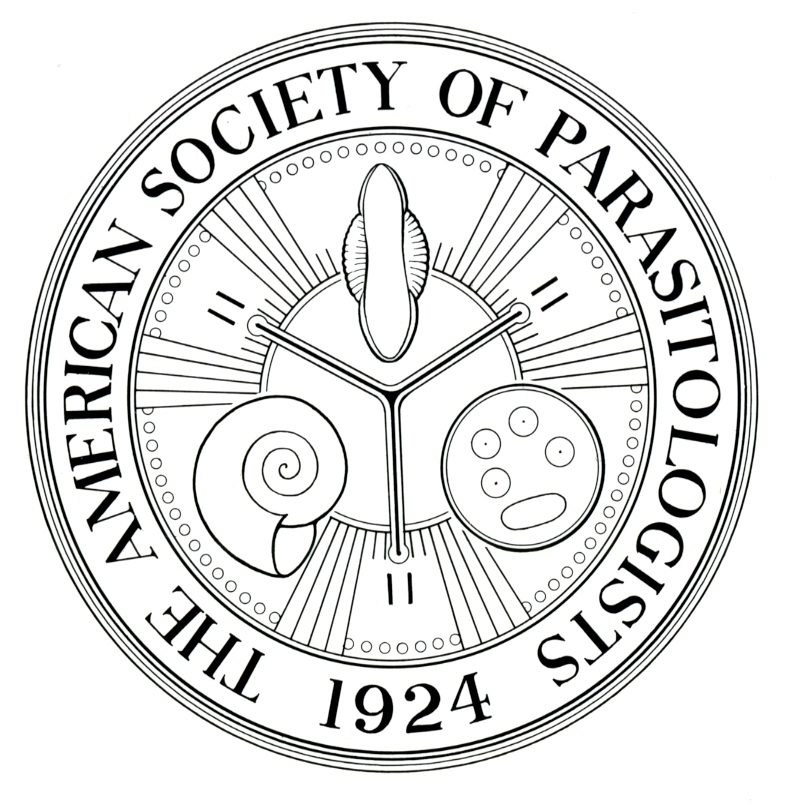 Founded in Washington, D.C. in 1924, the American Society of Parasitologists was first organized by Brayton H. Ransom and Eloise Cram of the BAI, along with Robert W. Hegner and William W. Cort of Johns Hopkins. The group contributed its proceedings to be published in the Journal of Parasitology.