Index-Catalogue of Veterinary and Medical Zoology 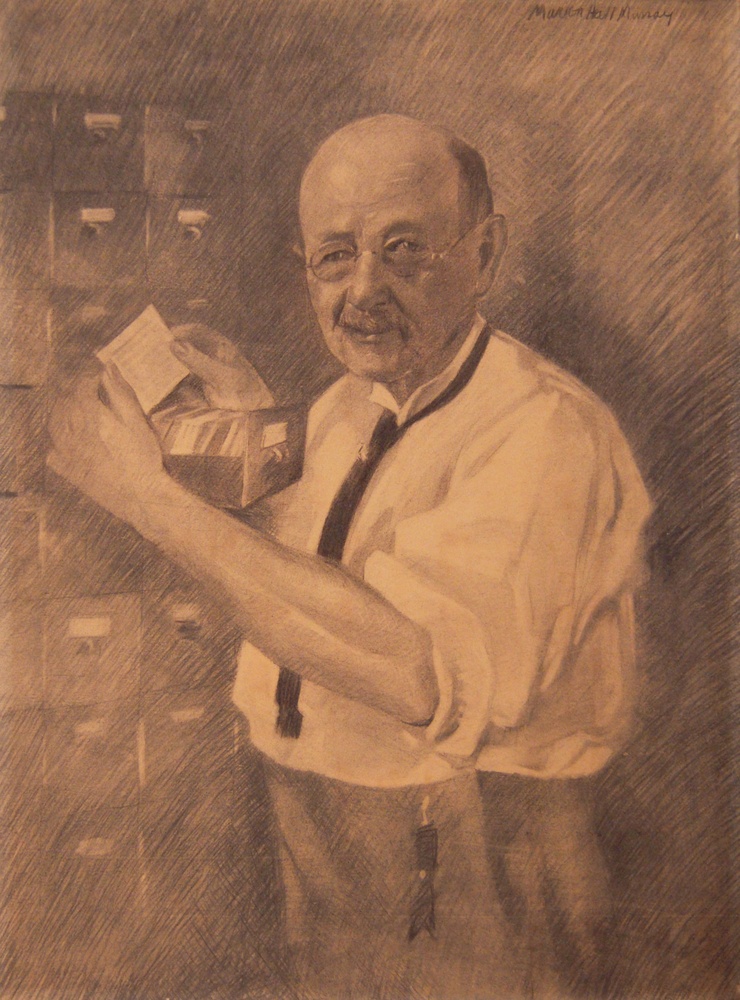 Charcoal drawing of Hassall with Index-Catalogue

In 1891, veterinary parasitologist Albert Hassall devised a way to keep track of the scientific literature that he and his colleague, Charles Wardell Stiles, consulted in their parasitology research for the Bureau of Animal Industry. The literature in their field was published in many languages and was frequently difficult to find. Hassall took notes on index cards about the sources he found to ensure that he could readily find them for future use. To make the references as useful as possible, he created three sets of cards—one for the parasite subjects of the studies, another for the parasites’ hosts, and a third for the authors. Eventually, Hassall and his colleagues built a large index of the world’s published literature on human and animal parasitology.

Hassall’s reference work was called the Index-Catalogue of Medical and Veterinary Zoology. At first this work benefited the staff members in the Zoological Laboratory of the Bureau of Animal Industry. As parts of the Index-Catalogue were published and distributed, it became an indispensable reference tool to scientists across the U.S. and abroad. In 1922, London’s Royal College of Veterinary Surgeons awarded Hassall the Steele Medal for distinguished service to veterinary medicine in recognition of the valuable contribution his Index-Catalog had made to the study of veterinary science.

Hassall was closely involved in developing the Index-Catalogue throughout his long career at USDA. When he retired in 1933, he continued working on it as a part-time volunteer. 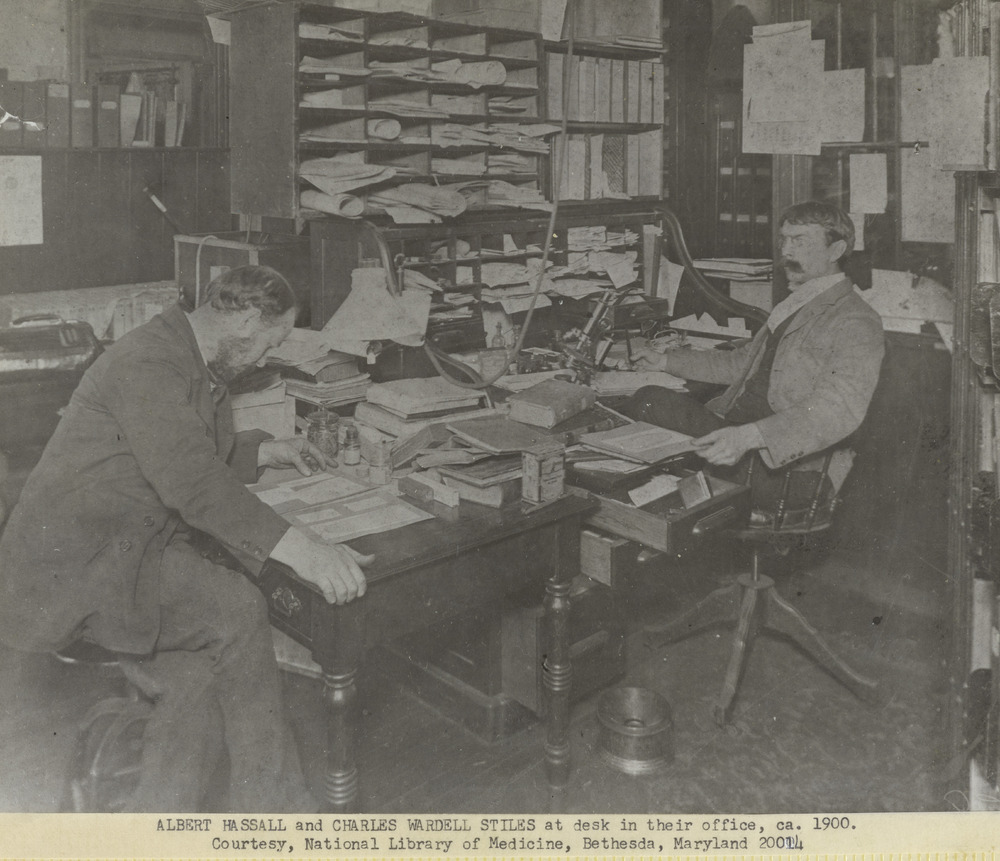 Albert Hassall and Charles Wardell Stiles at office desk, circa 1900

As the tremendous value of Hassall’s Index-Catalogue became recognized by parasitologists worldwide, the Bureau of Animal Industry’s Zoological Division partnered with the U.S. Public Health Service’s Hygienic Laboratory to update and expand it. The two institutions shared responsibility for maintaining the Index-Catalogue from 1902 to 1936.

The library of the USDA and the library of the Surgeon General of the United States (later called the National Agricultural Library and the National Library of Medicine, respectively) assisted the researchers with finding thousands of published works. Hassall and the Zoological Laboratory’s professional staff also gathered reports from agricultural experiment stations, state departments of agriculture, foundations, councils, conventions, and scientific expeditions. The painstaking work of seeking and verifying references took them far and wide, to institutions throughout the U.S. and in other countries. 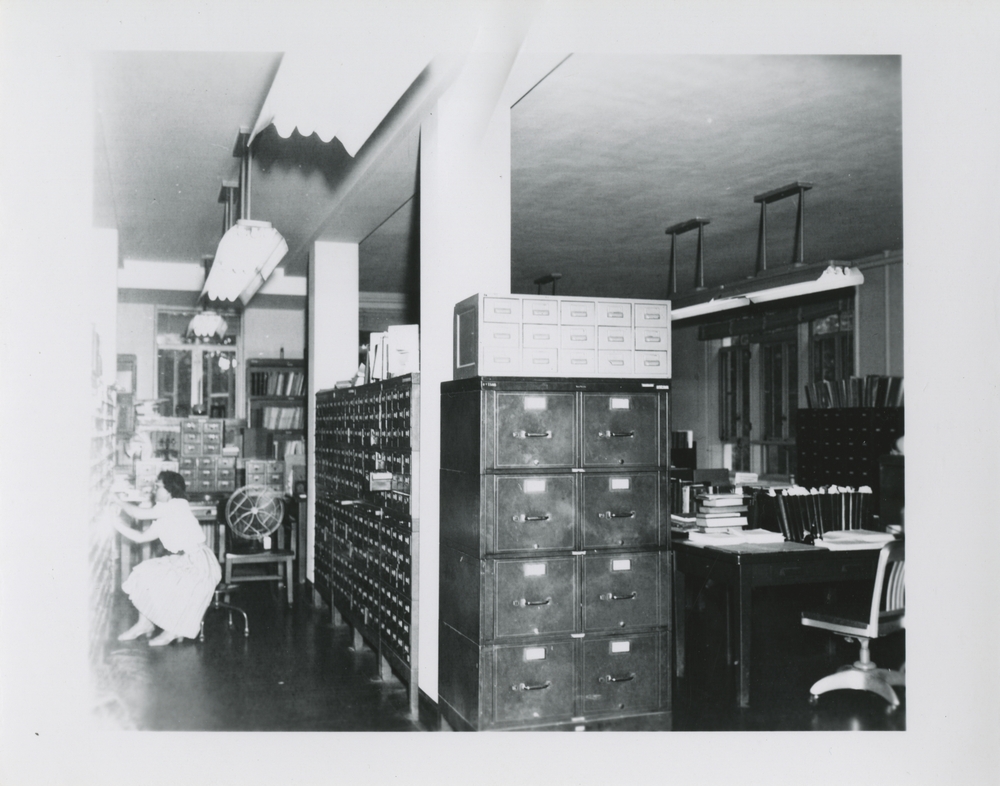 Index-Catalogue before it was moved to a renovated building in the former area occupied by the Animal Disease Station, 1961 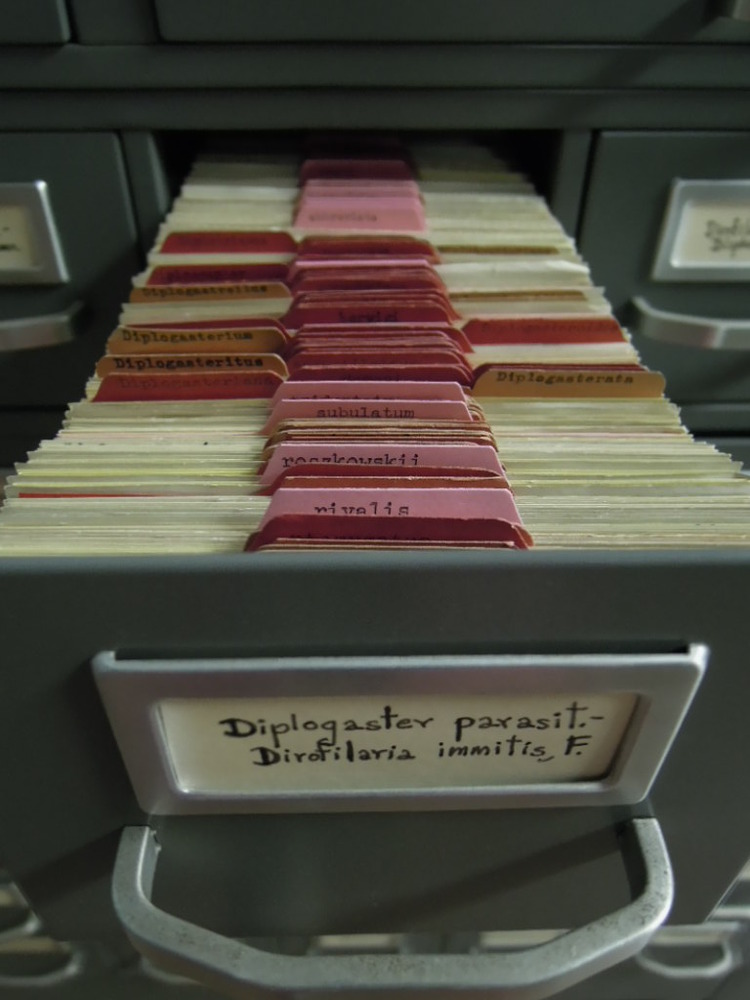 The author section was the first part of the Index-Catalogue to appear in print. It was published in 36 installments by the Department of Agriculture, starting with Bureau of Animal Industry Bulletin 39. After that, additional sections were published by the U.S. Public Health Service (later the National Institutes of Health).

The Index-Catalogue eventually grew to more than 1.5 million entries gathered from over 22,000 publications in 33 languages. Between 1932 and 1982, over 100 installments to the Index-Catalogue were published. A complete set of the 1932-1982 publications is digitized and searchable on the Texas A&M University library's website. Original index cards still exist and are preserved at the National Agricultural Library in Beltsville, Maryland. They occupy over 2,100 linear feet of drawer space in card file cabinets. Researchers may view items from the card file by making an appointment with NAL's Special Collections staff.