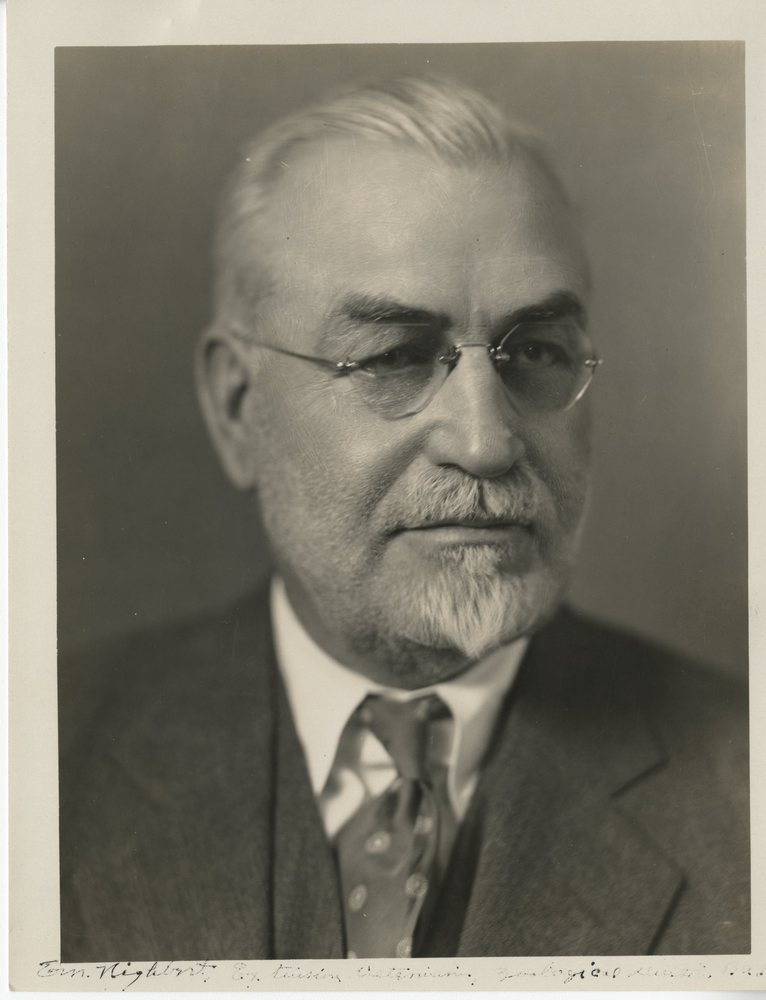 Erasmus Manford Nighbert was born March 14, 1869 in Scottsville, Illinois. He studied at Ontario Veterinary College in Toronto, earning his bachelor’s degree in veterinary science in 1894. He returned to Illinois, where he practiced veterinary medicine and served as assistant state veterinarian before resuming his education.  He received his D.V.S. degree at the Kansas City Veterinary College in 1902.

Upon completing his doctorate, the U.S. Department of Agriculture’s Bureau of Animal Industry (BAI) appointed Nighbert as a field agent in meat inspection and tick eradication. In 1921, Nighbert transferred to the BAI’s Zoological Division experiment station in Queen City, Missouri, where he served as a field agent for the control of internal parasites of sheep. He was relocated to the Moultrie, Georgia experiment station in 1925 to lead the swine parasite program there. He later became an extension parasitologist headquartered in Washington, D.C.