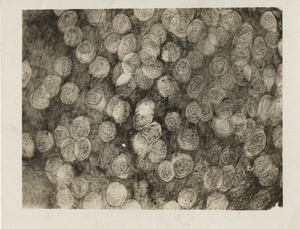 Trichinellosis is a disease occurring in humans and other animals as a result of eating meat containing small roundworms of the parasite Trichinella spiralis, commonly known as trichinae. The parasite lives primarily in humans, hogs, and rats. Humans contract the disease by eating infested, under-cooked pork or products containing muscle tissue of hogs. Today, trichinellosis is the international term used for the disease. 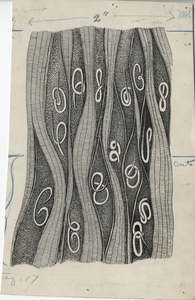 A magnified portion of raw pork infested with trichinae

Economic problems for the U.S. became evident in the late 1800s

In 1879, Italy and Austria-Hungary prohibited the importation of American pork, alleging it was contaminated with trichinae. The next year Spain and Germany did the same. By 1881, the U.S. Department of State took action to resolve this matter affecting international trade, requiring the pork industry to investigate the health dangers of exported pork products.

Early research efforts of the U.S. Department of Agriculture

Determining the extent of Trichinella spiralis infection in domestic hogs was one of the first tasks undertaken by the U.S. Department of Agriculture’s newly created Bureau of Animal Industry (BAI). Beginning in 1884, microscopic surveys of pork products were conducted in geographically dispersed laboratories located in Atlanta, Boston, Chicago, Montreal, and Washington, D.C. These investigations concluded that only about two percent of the hogs from certain sections of the country were infected with trichinae.

In 1892, the BAI’s Meat Inspection Division introduced a system of microscopic examination for trichinae in ports so that the U.S. could meet inspection requirements set by international trading partners. 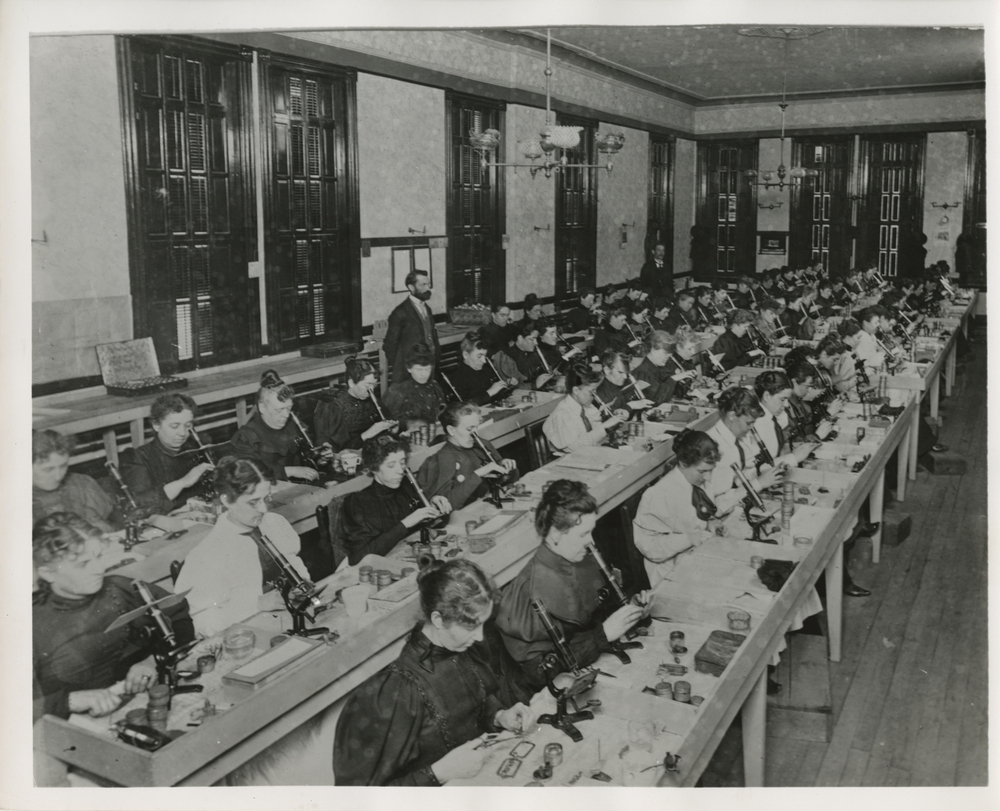 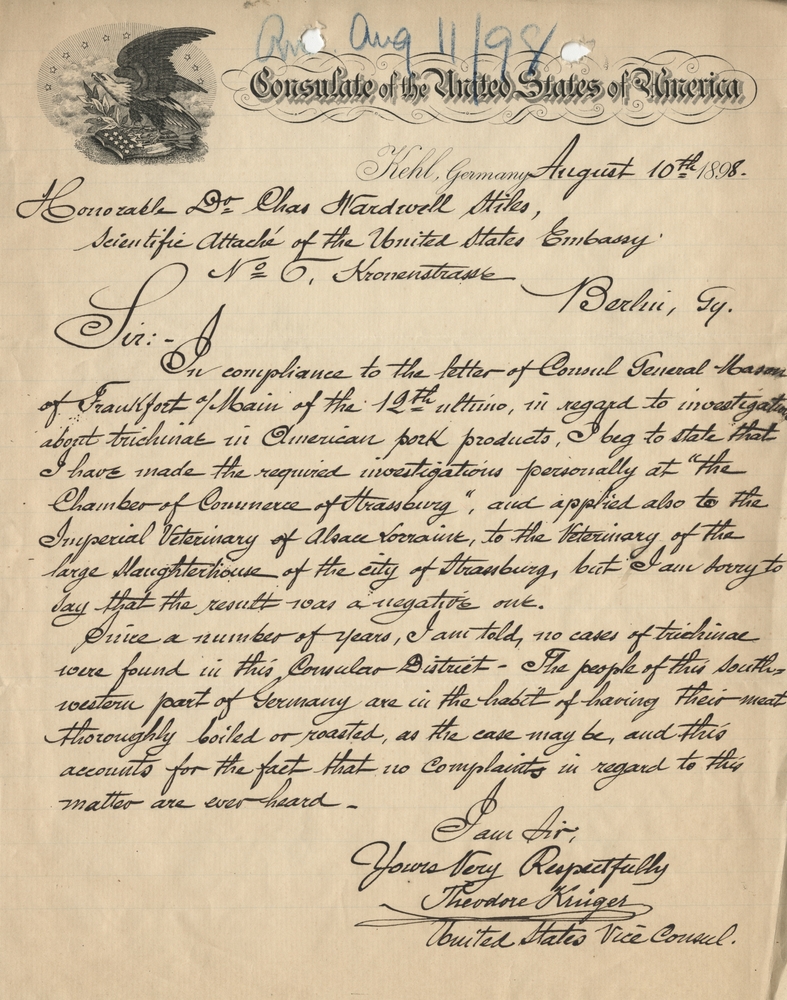 Charles Wardell Stiles, head of the BAI’s Zoological Laboratory, went to Germany in 1898 as an agricultural and scientific representative in the United States Embassy in Berlin.  Stiles was assigned to investigate reports that American pork was to blame for many trichinosis cases among the German people. While he was not able to find evidence linking trichinosis to American pork, he did determine that inspection techniques were inadequate. The microscopic inspection practices of the time consisted of examining certain parts of slaughtered hogs under a microscope and condemning carcasses in which trichinae were found. Stiles discovered that, out of 6,329 German trichinosis cases recorded between 1881 and 1898, nearly one-third (2,042) were caused by meat that had been inspected and declared trichinae-free.

Because it proved unreliable as a sanitary measure, microscopic inspection of pork was discontinued by the U.S. meat inspection system in 1906.

Research discoveries of the early 1900s

In 1913, Brayton Howard Ransom, chief of the BAI’s Zoological Division, discovered that trichinae in pork could be destroyed by refrigeration of 5 °F for 20 days. The next year, Ransom and Hayes B. Raffensperger of the Meat Inspection Division, BAI, began studies on curing methods for the destruction of trichinae in pork. In 1921, Benjamin Schwartz demonstrated that the vitality of trichinae could be destroyed by massive doses of x-rays. He authored an USDA leaflet titled “Trichinosis, A Disease Caused by Eating Raw Pork” in 1929, later revised several times. These early research efforts, and others that followed, helped form modern safety regulations for processed pork products. 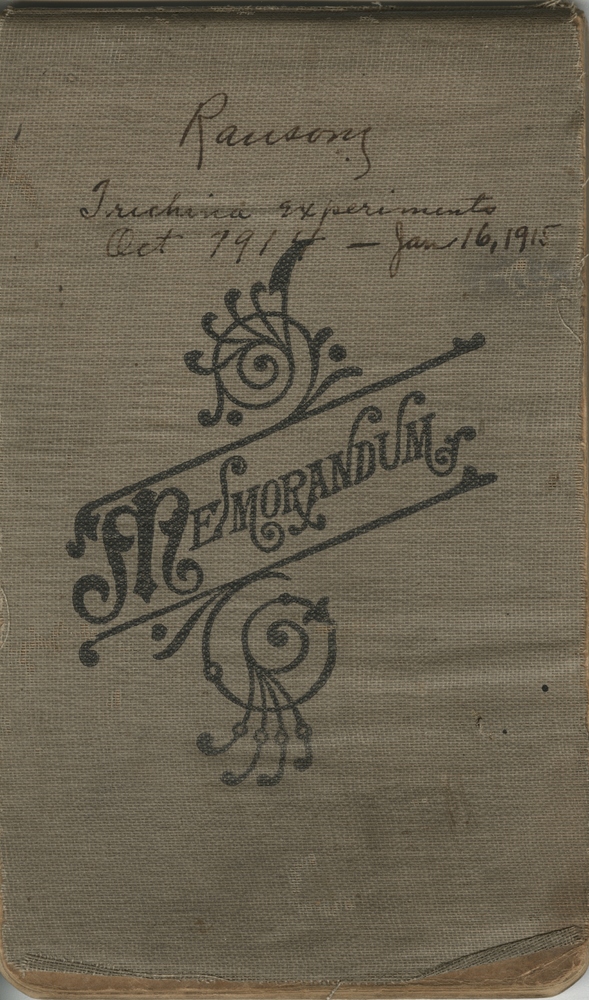 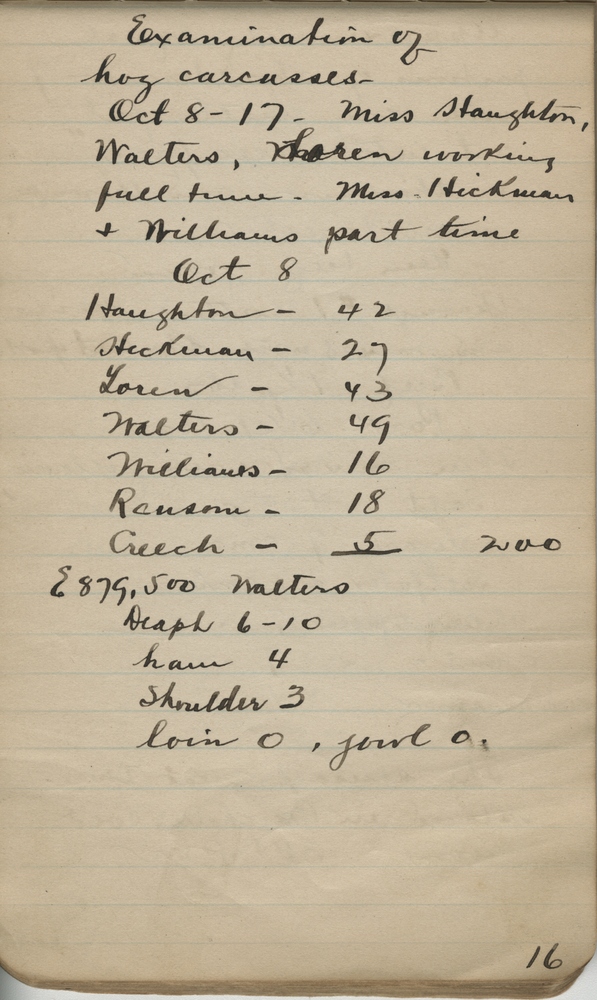 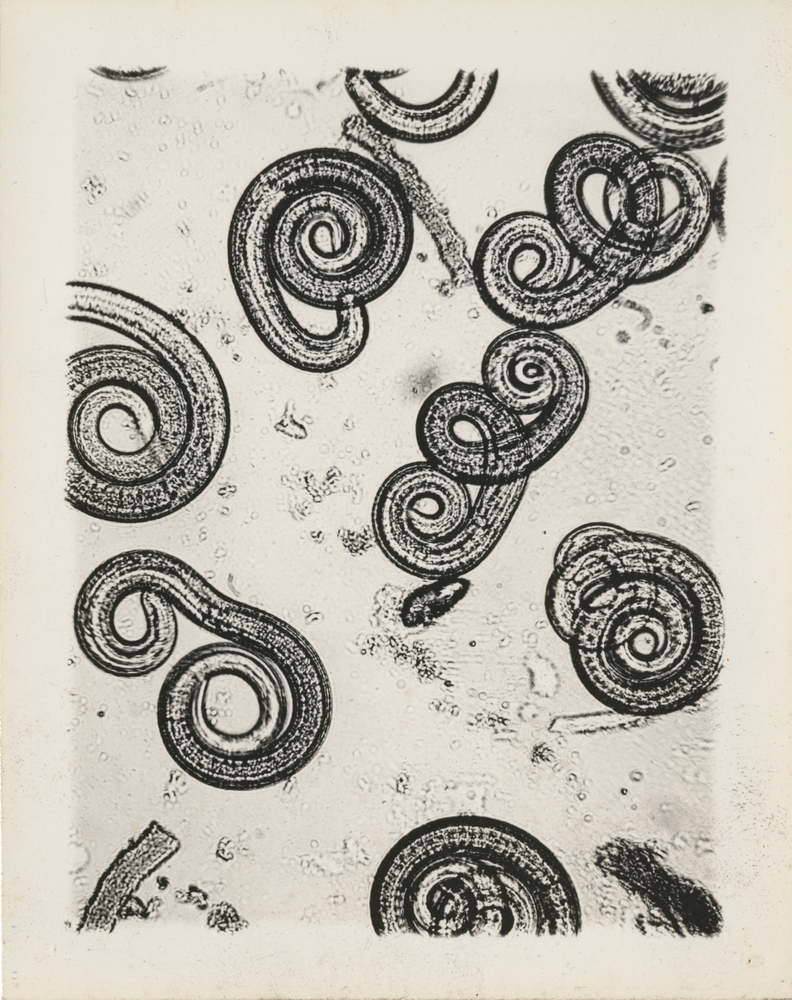 Detailed timeline of U.S. Department of Agriculture’s involvement of over a century of trichinellosis research: 1879-2011

Animal Disease and Parasite Research Division, Agricultural Research Service. 1957. Trichinosis : How It Affects You--How It Affects Your Hogs--What Is Being Done--What You Can Do about It. Leaflet 428. Washington, DC: U.S. Department of Agriculture. https://archive.org/details/trichinosishowit428unit.

Ransom, B. H. 1907. Trichinosis: A Danger in the Use of Raw Pork for Food. Bureau of Animal Industry Circular 108. Washington, DC: U.S. Government Printing Office. https://archive.org/details/CAT31283496.

Ransom, B. H., B. Schwartz, and H. B. Raffensperger. 1920. Effects of Pork-Curing Processes on Trichinae. Bulletin 880. Washington, DC: U.S. Department of Agriculture. https://archive.org/details/effectsofporkcur880rans.