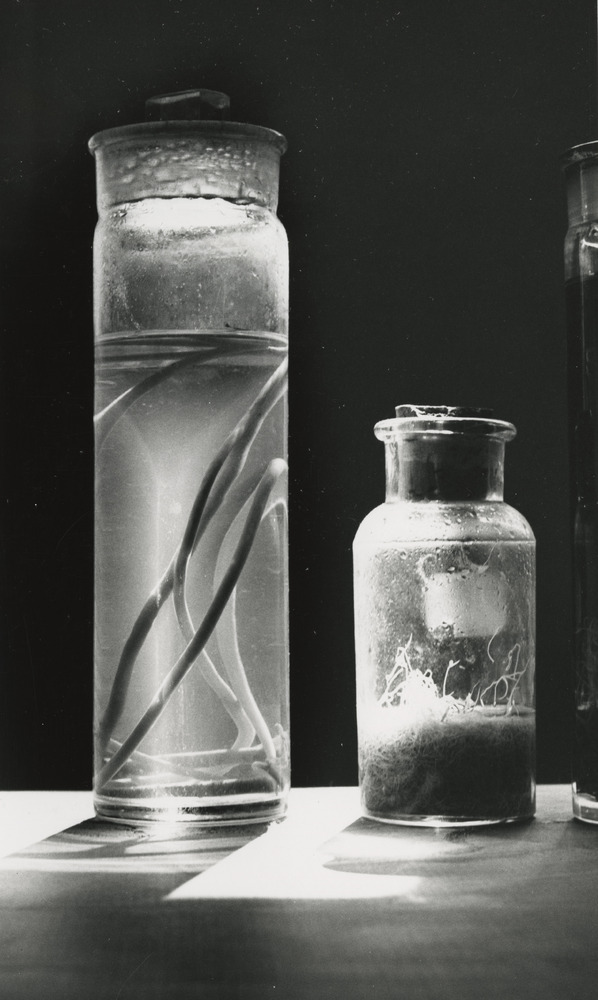 Over 100 years ago, USDA scientists started collecting parasite specimens to use in laboratory research. The collection grew to become one of the world’s largest collections of parasites of animals and humans. Known today as the U.S. National Parasite Collection, it contains more than 20 million individual specimens, including protozoans, nematodes, cestodes, trematodes, lice, mites, ticks, and other miscellaneous parasites.  It is a major repository for helminth type specimens in North America, and materials are lent to parasitologists in many foreign countries.

According to Eric P. Hoberg, a past curator of the collection, “The U.S. National Parasite Collection constitutes a critical resource for exploring patterns of abundance, distribution, diversity, historical interactions, and biogeography of host and parasitic organisms. It provides a repository for specimens that may serve as the foundation for evaluations of biodiversity in North America and other regions of the world.” 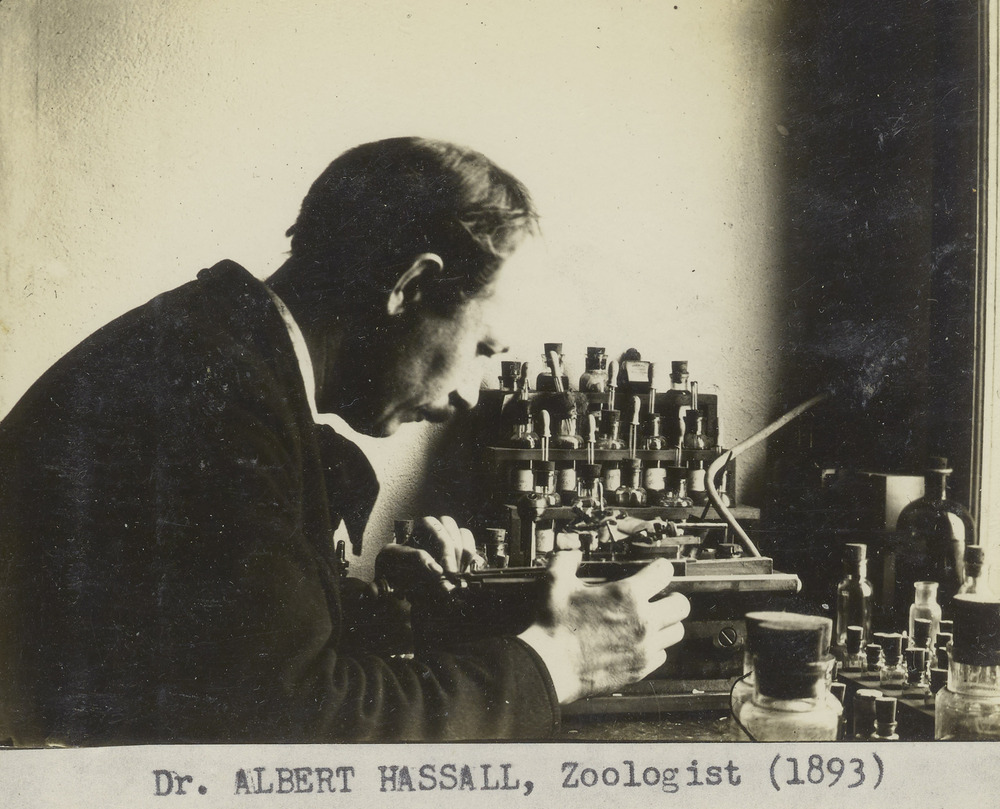 Charles Wardell Stiles and Albert Hassall, who were working together in the Bureau of Animal Industry (BAI), started the Bureau’s collection of animal parasite specimens in 1892. Hassall’s personal collection was soon expanded by the addition of specimens sent to the BAI for identification and study.

Two years later, Stiles collaborated with the Smithsonian Institution to establish a national collection of parasite specimens at the U.S. National Museum (USNM). He offered his own personal collection as the basis for the USNM Helminthological Collection and became its honorary curator in March 1894. Shortly after Stiles was appointed custodian, he and Hassall published a catalog of the parasites in the collection. 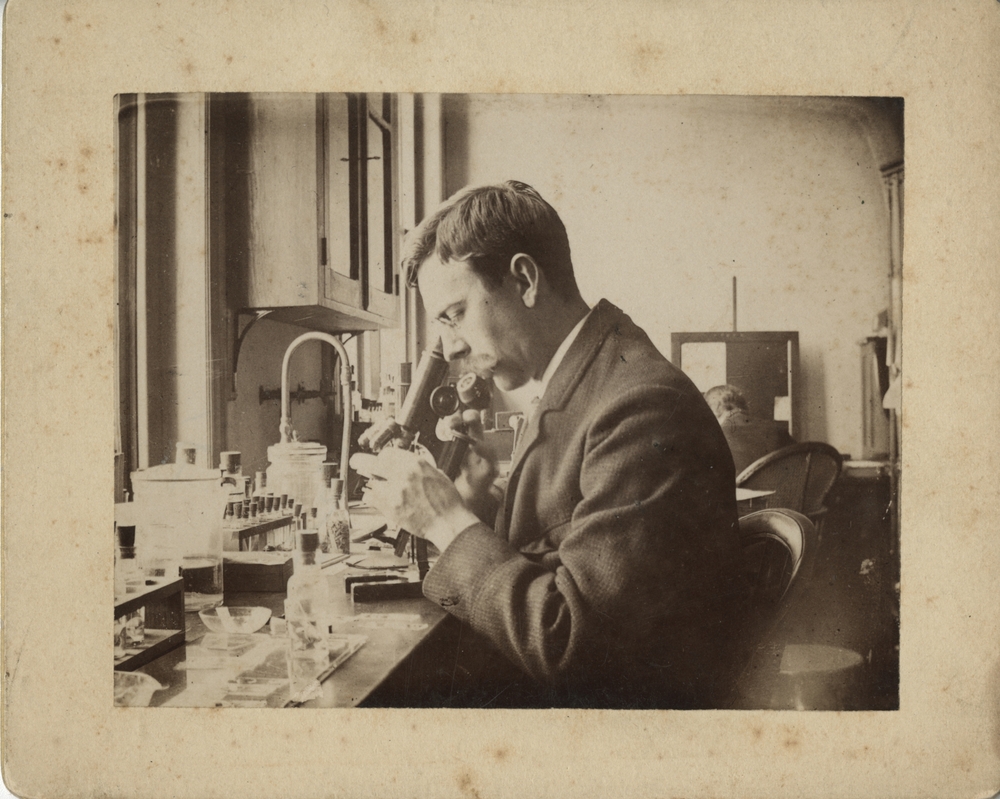 Stiles’ involvement formed an enduring association between the BAI and USNM collections. The arrangement between the two institutions simplified the collection of research specimens. Type specimens and parasites from new hosts or localities were deposited in the USNM Collection; specimens sent for routine identification by USDA parasitologists were deposited in the BAI Collection.

One of the original objectives for building a national collection of parasite specimens was to create a complete and centralized reference tool. Identified and cataloged, the parasite specimens were available for comparison with sample organisms sent to the Bureau of Animal Industry for identification. They were also intended for use by scientists studying parasites and parasitic disease of animals. Researchers could study the collection on location in Washington, D.C. or request a loan of specimens to their laboratories. By providing reference specimens for medical and veterinary workers around the world, the specimen collection proved indispensable to USDA quarantine and disease eradication efforts. 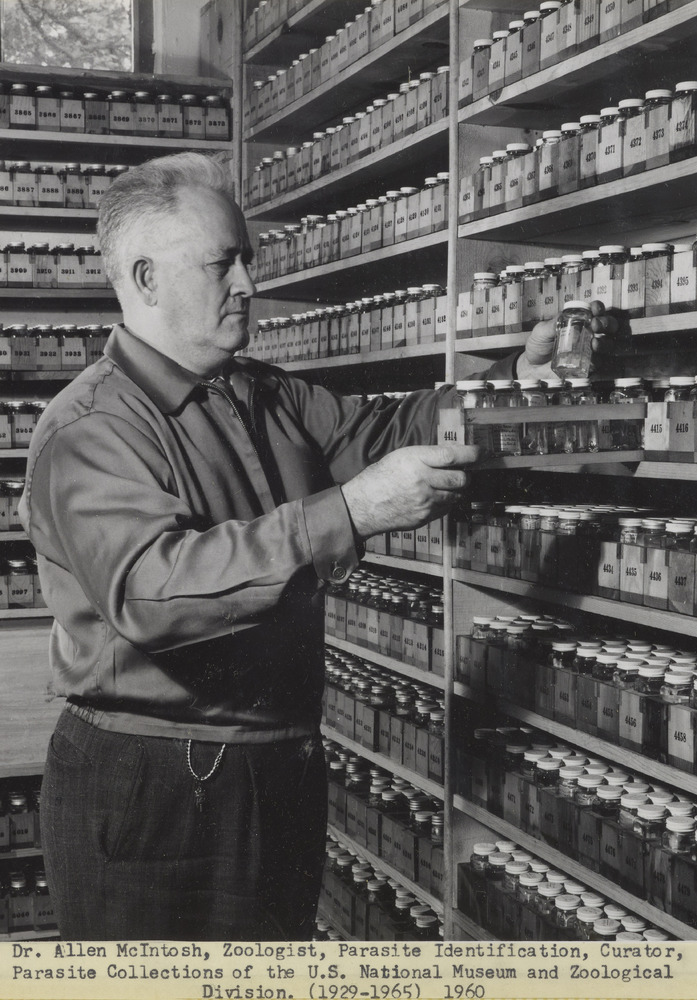 Allen McIntosh, zoologist and curator of the parasite collections of the U.S. National Museum and Zoological Division from 1929-1965

The specimen collection was first known as the Bureau of Animal Industry (BAI) Collection and it was originally housed at the Bureau’s laboratory in Washington, D.C.  However, the collection’s name and location changed several times over its century of existence, and tracing its history can be somewhat confusing. Following are some major events in the collection’s development:

1894: Type specimens from the BAI’s constituent collections were deposited with the Smithsonian’s U.S. National Museum to start the museum’s Helminthological Collection.

1902: C. W. Stiles accepted a position at the Hygienic Laboratory of the U.S. Public Health Service in Bethesda, Maryland (predecessor of the National Institutes of Health) and began to acquire parasite specimens there.

1932: The specimens deposited with the U.S. National Museum of the Smithsonian Institution were transferred back to USDA and a member of the Zoological Division was appointed as official custodian.

1936: The Helminthological Collection started by Stiles at the U.S. Public Health Service was consolidated with the U.S. National Museum Collection.

1942: The parasite collections were moved from Washington, D.C. to the Animal Parasite Laboratory in Beltsville, Maryland.

1953: When the Zoological Division at USDA was dissolved, responsibility for the parasite collection was given to the Helminth Section of the Animal Disease and Parasite Research Branch, Agricultural Research Service.

1969 to the present: The official name was changed to U.S. National Parasite Collection.  The collection remained at the USDA’s Beltsville research campus until 2014, when it moved back to Washington, D.C.

Return to the Smithsonian

The original 1894 agreement between USDA and Smithsonian Institution is still in effect, and following the tradition established by C. W. Stiles, the curator of the U.S. National Parasite Collection also serves as a research associate of the Smithsonian.  In 2014, the collection was transferred from the USDA’s Beltsville Agricultural Research Center back to the Smithsonian’s National Museum of Natural History for preservation purposes.  USDA parasitologists continue to use and support the collection for researchers. 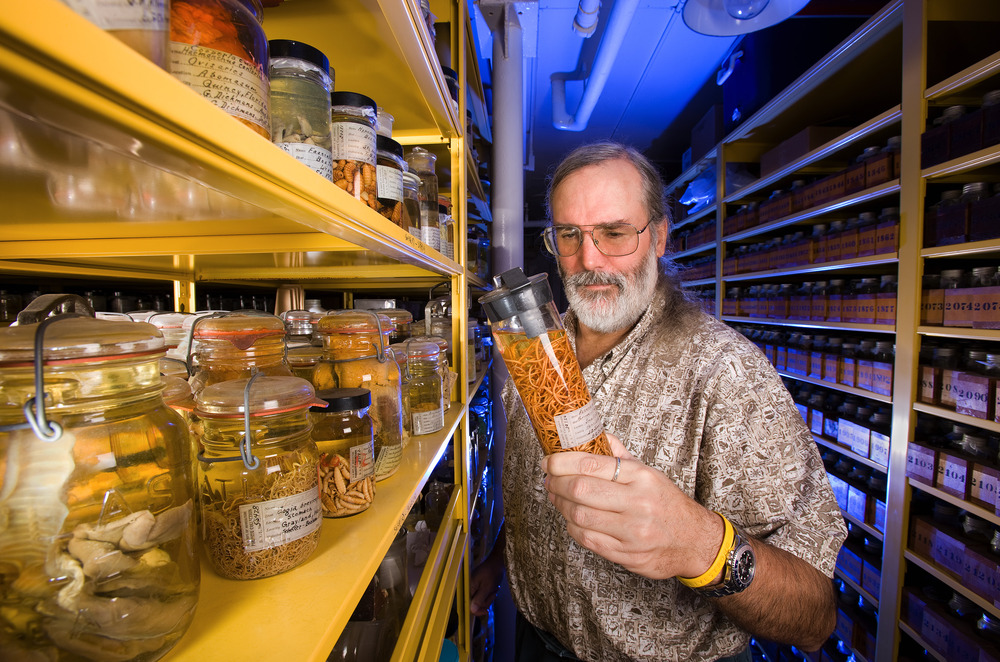 Curators of the collection

USDA personnel who have curated the collection:

Other USDA personnel associated with the collection: 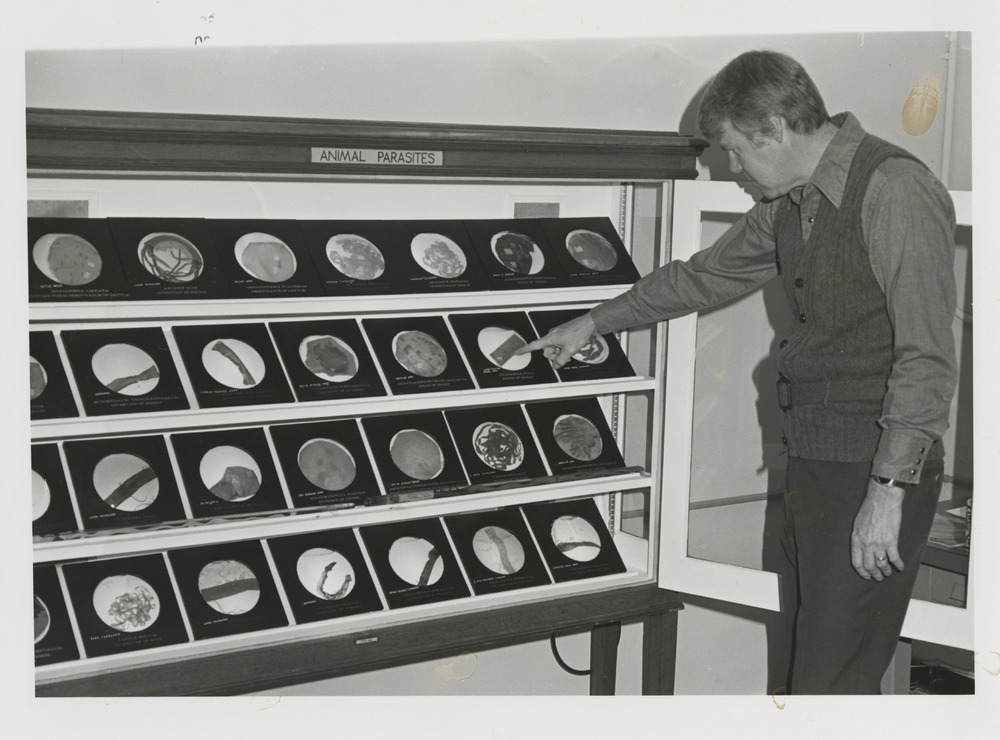