The National Agricultural Library's holdings of Carl von Linné; include over 300 books and dissertations, from both the General and Special Collections, written by or about the "Father of Taxonomy," an esteemed Swedish botanist, naturalist, and academic. Linné, also variously known as Carl or Carolus Linnaeus, was born in Sweden in 1707. His father was a pastor but Linné chose instead to study medicine at Lund University and the University of Uppsala. Linné was highly engaged in cultivating and caring for the University's collection of plants; he began developing an artificial system of plant classification that was based on the number of stamens or pistols present. His first published work in this area was Systema naturae (1735), and his first to explicitly outline the sexual system of classification was Fundamenta botanica (1736).

The Linnaean system used physical distinctions to classify plants, animals, and insects. This hierarchical system introduced several elements still in use today, including the division of Kingdoms, Classes, Orders, Genus, and Species. Carl von Linné still has a substantial influence on current research the fields of botany and zoology, a rare occurance for scientific research which typically becomes "outdated" in only a few years. Modern day scientists still use his system for naming plants, outlined in Species plantarum (1753), and his system for naming animals, outlined in Systema Naturae (10th ed., 1758). The National Agricultural Library holds copies of all four of these seminal works.

The National Agricultural Library's complete holdings of Linnaeana can be viewed in the online catalog. The texts have been divided into works written about Linné and those written by him. 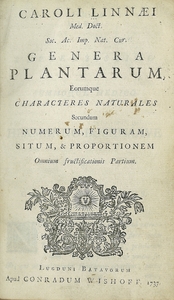 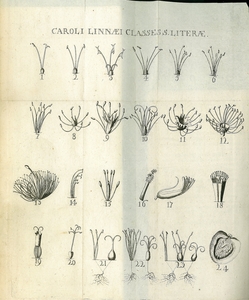 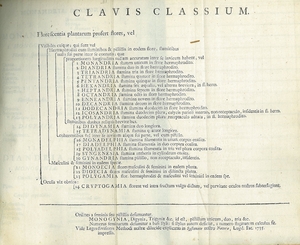 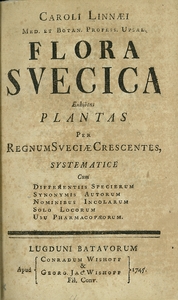 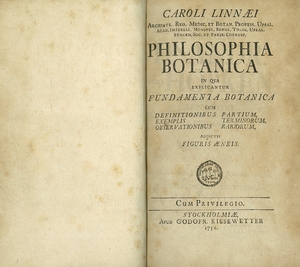 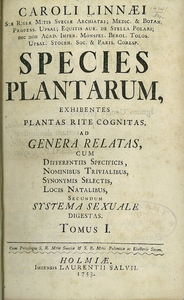 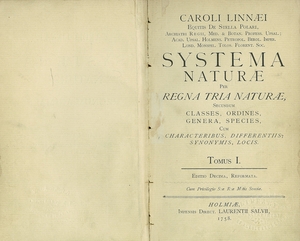 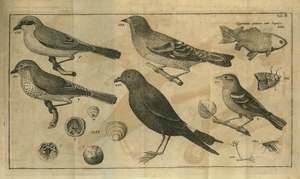 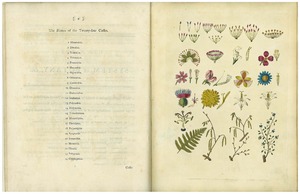 Linnaeus's System of Botany - Plate One 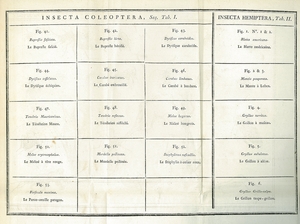 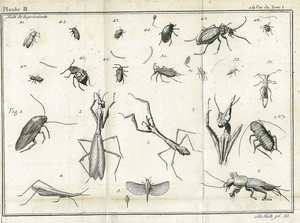 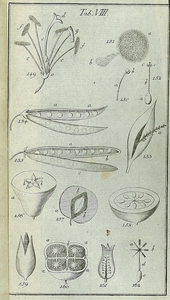 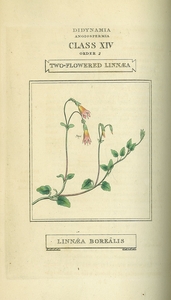 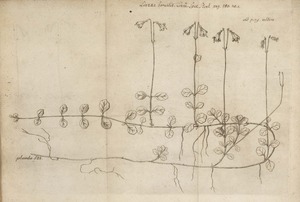 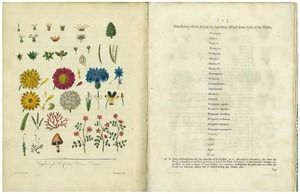