How does popcorn pop? 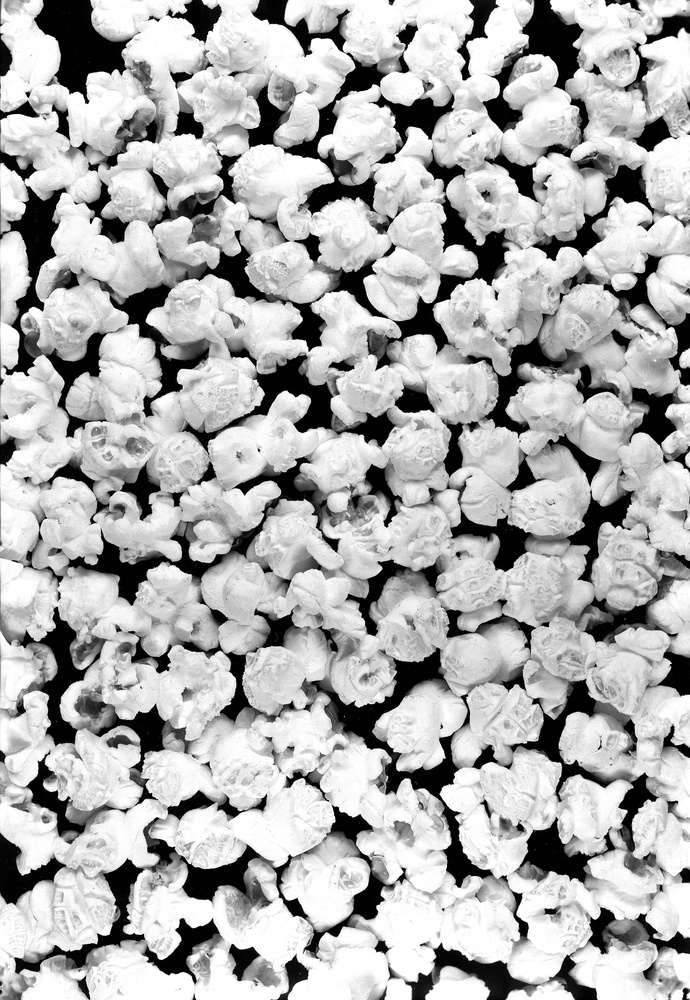 The folklore of some Native American tribes told of spirits who lived inside each kernel of popcorn. The spirits were quiet and content to live on their own, but grew angry if their houses were heated. The hotter their homes became, the angrier they would become, shaking the kernels until the heat was too much. Finally, they would burst out of their homes and into the air as a disgruntled puff of steam.

A kernel of popcorn does contain a small amount of water stored inside a circle
of soft starch. This is why popcorn needs to maintain a certain level of moisture. The soft starch is surrounded by the kernel's hard outer surface. As the kernel heats up, the water expands, building pressure against the hard starch surface. Eventually, this outer layer gives way, causing the popcorn to explode. As it explodes, the soft starch inside the popcorn becomes inflated and bursts, turning the kernel inside out. The steam inside the kernel is released, and the popcorn is popped, hot and ready to eat. Salt, butter, and cream and sugar are optional.

← From the Field to the Table
Bibliography →
How does popcorn pop?