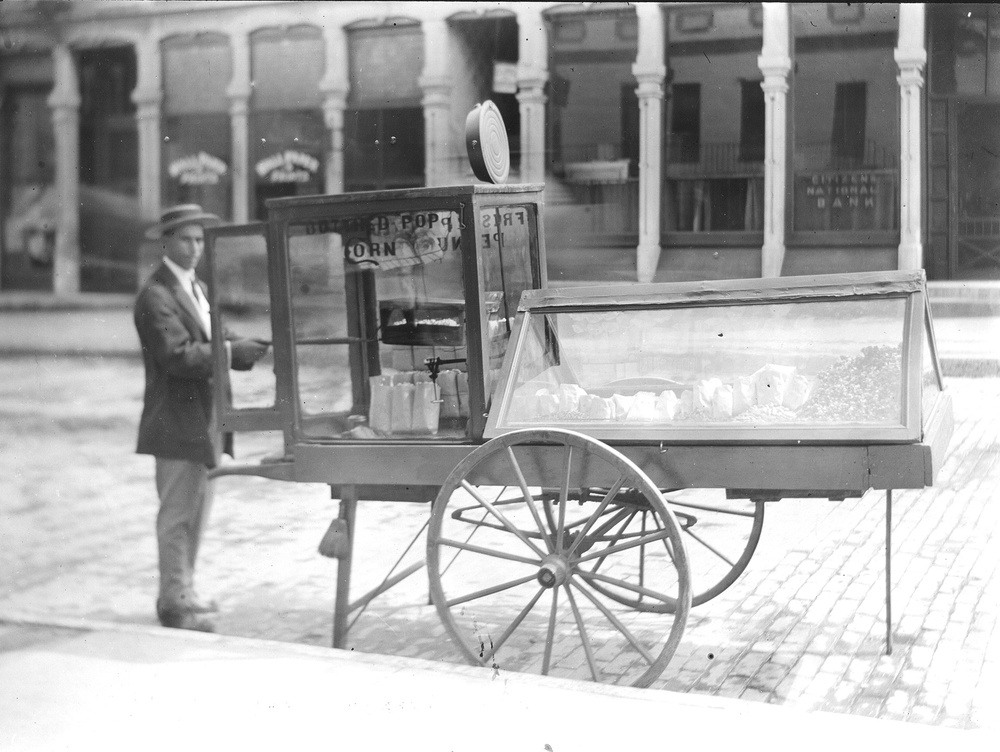 Popcorn really caught on during the 1890s and was very popular even through the Great Depression. Street vendors, pushing steam or gas-powered poppers, used to follow wherever a crowd might be. They were a common sight at fairs, parks, and expositions, and restaurants also began to sell this fluffy snack. During the Depression, popcorn at 5 or 10 cents a bag was one of the few luxuries struggling families could afford. While other businesses failed, the popcorn business thrived. 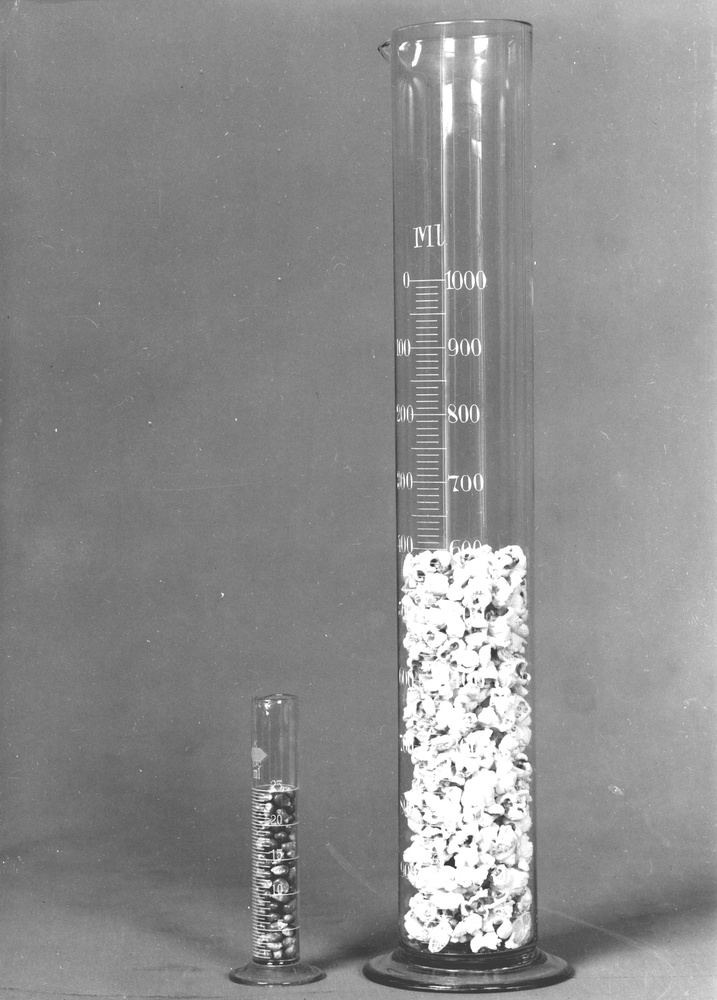 Two samples of popcorn before and after popping, showing difference in expansibility.

The first hybrid popcorn for commercial production, Minhybrid 250, was released in 1934 by the Minnesota Agricultural Experiment Station.  It only grew well along the northern edge of the U.S. corn belt, but was quickly followed by hybrids adapted to the central region of the corn belt. These better adapted hybrids were developed by the Indiana and Kansas Agricultural Experiment Stations in cooperation with the U.S. Department of Agriculture's (USDA) Bureau of Plant Industry, and were released in the early 1940s.

USDA Bureau of Plant Industry popcorn research included all aspects of cultivation, from seed selection, fertilizers and soils, to insect and disease control, to harvesting, storing and marketing. Current information on best practices was shared with farmers through USDA Farmers' Bulletins. One desirable trait of popcorn is expansibility, a measure of the volume ratio of popped corn to unpopped corn. Glass graduated cylinders, like the ones pictured here, were used to measure expansibility. Increasing the size of popped corn was just one aspect of Plant Industry hybrid research. 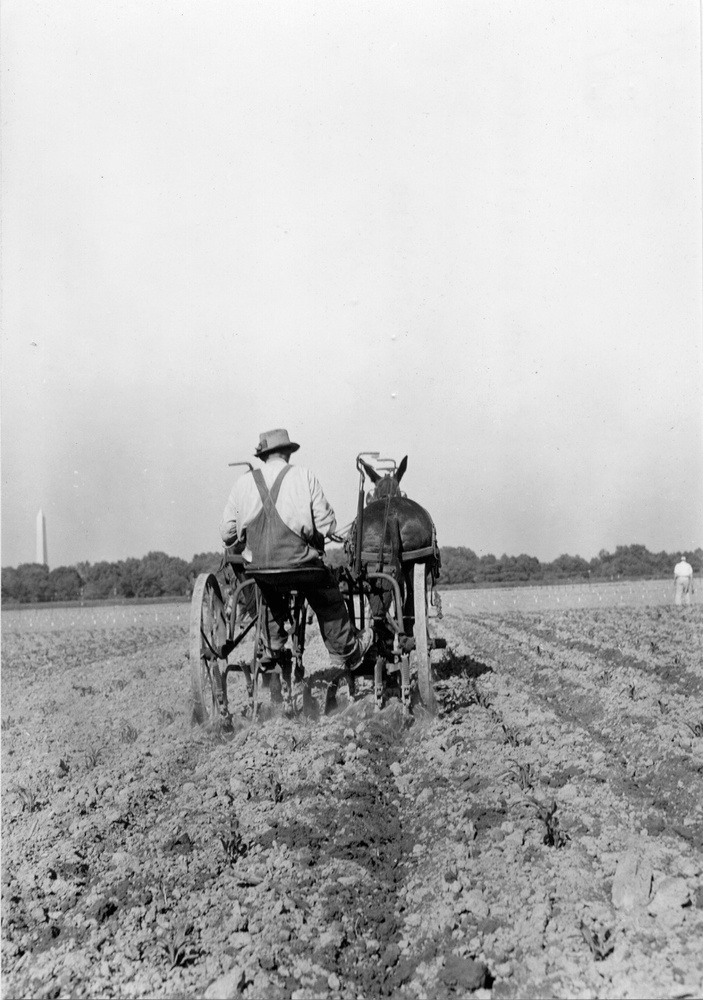 First cultivation of corn at Arlington Farm, Virginia, May 26, 1939. Notice the Washington Monument in the background.

During World War II, sugar was sent overseas for U.S. troops, which left little excess for making candy. Thanks to this unusual situation, Americans ate three times as much popcorn as usual. Popcorn sales dropped during the late 1940s, however, when television became popular. Attendance at movie theaters declined and, with it, popcorn consumption. The Popcorn Institute (a trade association of popcorn processors), began a campaign to convince consumers that popcorn was as good to eat while at home watching television as it was at the movies. A successful popcorn advertising partnership with Coca-Cola and Morton Salt, along with advertisements of individual popcorn companies' made the early 1950s the largest home-consumption growth period for the popcorn industry. In the 1980s, the popcorn industry saw another growth spurt with microwave popcorn. Americans today consume 17.3 billion quarts of popped popcorn each year. The average American eats about 68 quarts.

← Europeans Meet Popcorn
From the Field to the Table →
Popcorn Explosion