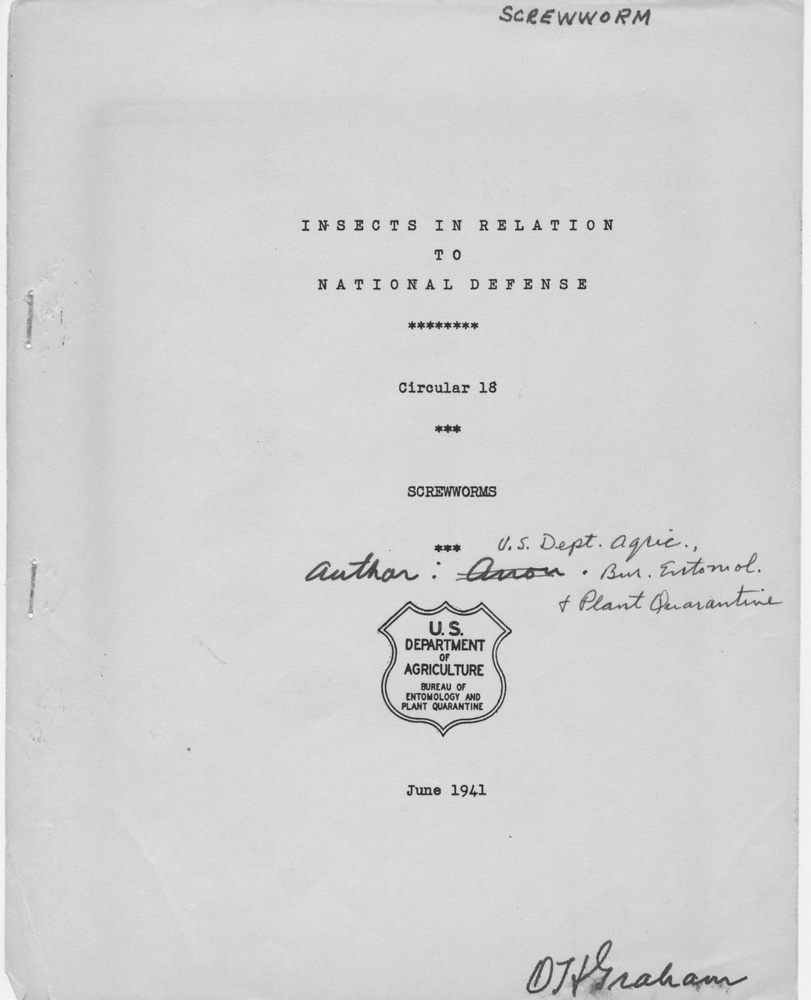 World War II slowed screwworm research dramatically. USDA scientists Emory C. Cushing, Edward F. Knipling, Raymond C. Bushland, and Alfred W. Lindquist relocated to the research lab in Orlando, Florida, to work on insect problems likely to be encountered by U.S. troops. In 1941, one circular was devoted to the problem of screwworms, especially in tropical and subtropical climates where they were more likely to infest humans.

While research and experiments on screwworms had lower priority, collection of data documenting the severity of infestation continued. A 1944 survey map of the Southeast showed fairly typical summer distribution and the northern-most point that the screwworm population could survive throughout the winter, the overwintering line.

Screwworms Spread to the Northern Plains

In 1949, Bushland conducted an emergency survey of a severe infestation in South Dakota, apparently spread by shipment of infested cattle. His report illustrated the panic that a sudden outbreak of screwworms could create among ranchers and the speed with which infestation spread.

By January 1945, USDA scientists were confident of the effectiveness of its improved wound treatment, Smear 62.

A Method to Sterilize Masses of Screwworms

Bushland had developed a way of mass-rearing screwworms by the late 1930s. Building on this accomplishment, Knipling believed that the Sterile Insect Technique (SIT) would be effective in preventing reproduction of screwworms if a method could be developed to sterilize them. In May 1946, Knipling wrote to Cushing, his supervisor, asking that geneticists be consulted about the possibility of developing a mutation that could produce sterile but otherwise healthy screwworm flies. This approach was not pursued, but Knipling continued to look for ways to produce sterile flies.

Sterilization of Screwworms by Radiation?

In early 1950, an article by Dr. Hermann J. Muller, winner of the 1946 Nobel Prize for medicine, appeared in the American Scientist describing his use of radiation to sterilize Drosophila, fruit flies. Knipling wrote to Muller; Muller's reply encouraged Knipling and his colleagues to try the technique with screwworms. 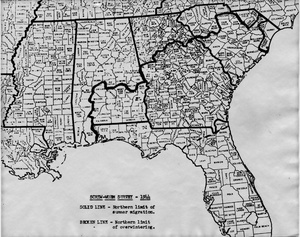 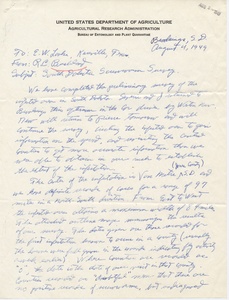 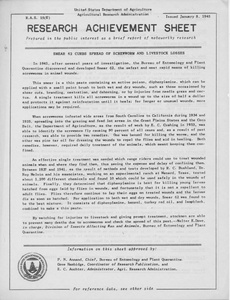 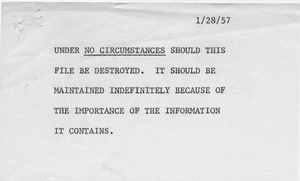 Draft letter from Knipling to Cushing, 1946-May-31
Attached draft of letter intended for geneticists 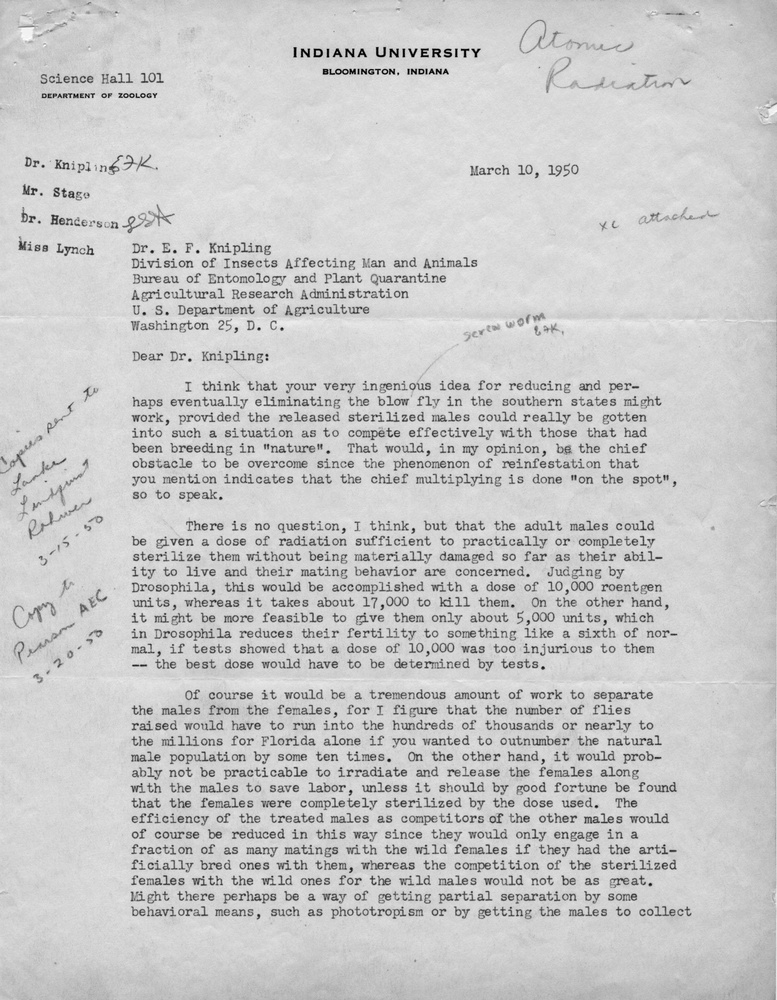 Following Knipling's correspondence with Muller concerning the use of radiation to sterilize screwworms in large numbers, Bushland put the idea to the test. Using x-ray equipment from a nearby Army hospital, he and D.E. Hopkins, both in Kerrville, Texas, exposed screwworm flies to radiation, discovering that the flies could be sterilized at certain doses without other serious damage. For SIT to work, screwworm flies had to be sterile but capable of competing with wild males for mates. The theories had yet to be field tested.