In January 1953, a chance communication from B.A. Bitter, veterinary officer of Curaçao, provided the ideal location to test eradication methods on a broader basis. Bitter requested advice from USDA on how to get rid of a screwworm infestation of livestock, preferably by biological means. The letter ended up on Knipling's desk just as the screwworm research staff began looking for test sites that might prove more conclusive than Sanibel.

Curaçao as a Test Site

Knipling saw the potential of Curaçao as a test site, but he made it clear to Bitter that the use of sterile flies was in the experimental stage.

Alfred H. Baumhover, who participated in the Florida experiments, went to Curaçao to survey the screwworm infestation and the island's terrain. Curaçao turned out to be an ideal testing area for the Sterile Insect Technique (SIT) because of its ample domestic livestock population, the size of the island, and its distance from the mainland. Curaçao was large enough to support field tests but small enough for scientists to carry out the needed research. It was also 40 miles away from Venezuela, which the scientists believed to be far enough to prevent fly migration.

The USDA team led by Baumhover began working in Curaçao in early 1954. The governor of the Dutch Antilles (of which Curaçao was part) authorized Bitter to work full time with the USDA team. 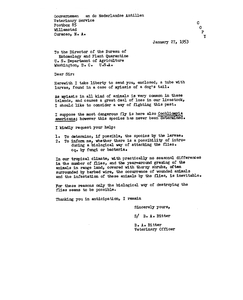 Letter from Bitter to Bureau of Entomology and Plant Quarantine, 1953-January-27 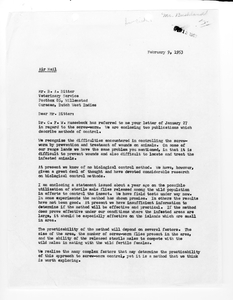 Letter from Knipling to Bitter, 1953-February-9 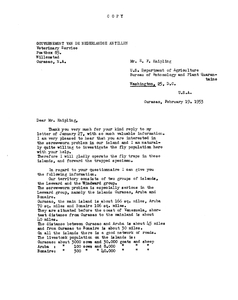 Letter from Bitter to Knipling, 1953-February-19 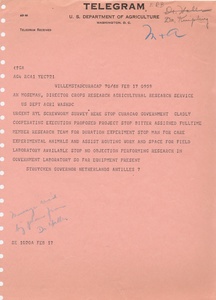 Telegram from Struykyen to Moseman, 1954-February-17

The scientists in Curaçao had to rely largely on the fly-rearing facility in Orlando to supply the sterile flies. Bushland, who maintained his post at the Agricultural Research Station in Kerrville, Texas, coordinated the complex effort between Orlando and the island. 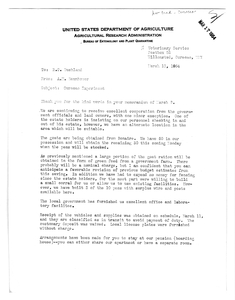 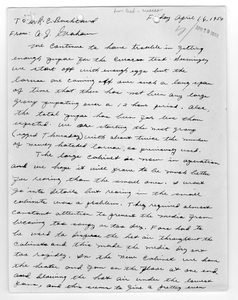 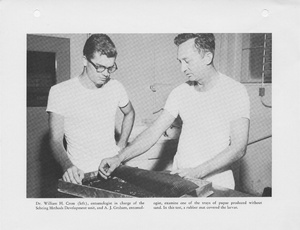 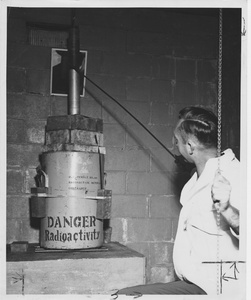 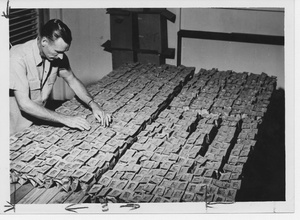 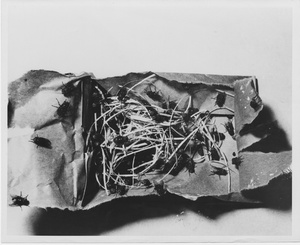 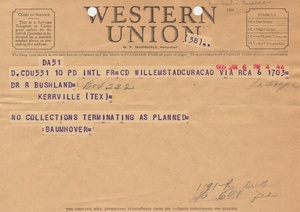 Telegram from Baumhover to Bushland, 1955-January-6 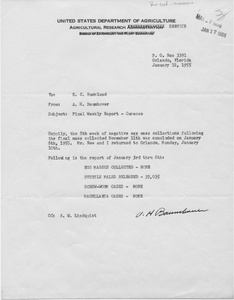 Memo from Baumhover to Bushland, 1955-January-12

Preliminary sterile fly releases began in Curaçao in March 1954. In August, eradication began in earnest. Within 2 months no fertile eggs could be found on the island. Sterile flies were released by the tens of thousands into January 1955, when the project was terminated. Screwworms had been eradicated from Curaçao.