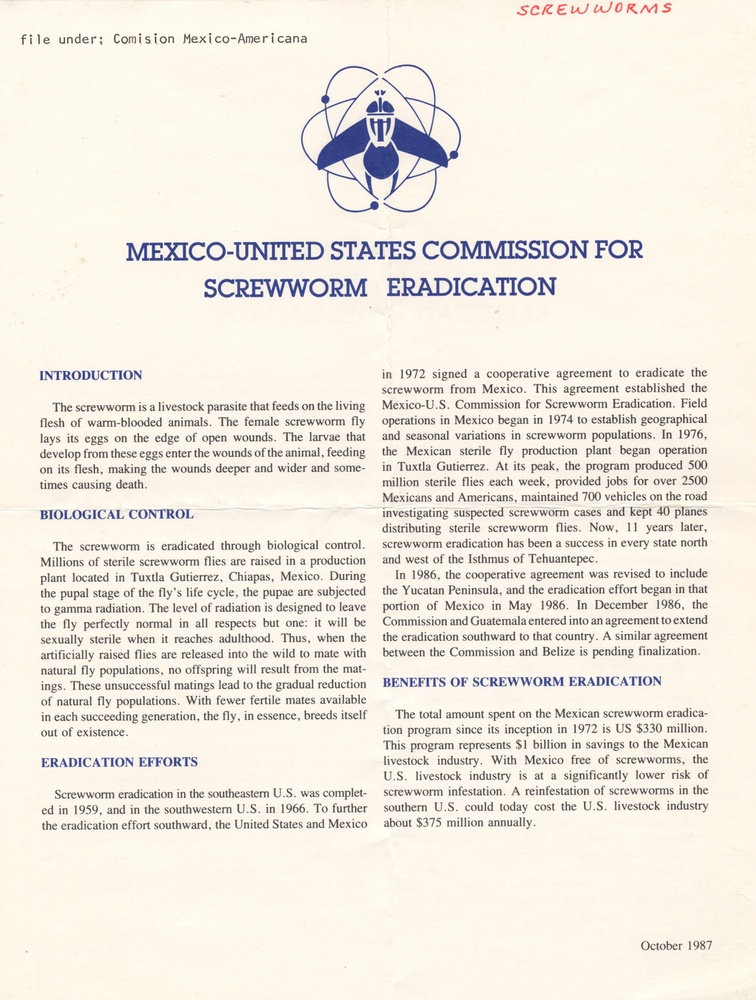 As eradication to the 93rd meridian proceeded, screwworm researchers and eradicators looked ahead. In 1985, Agricultural Research Service (ARS) entomologists proposed establishing a more feasible barrier zone; rather than splitting Mexico along the Isthmus of Tehuantepec, a barrier along a narrower isthmus farther south would be easier and cheaper to maintain.

In 1986, the Mexico-United States Commission extended the eradication program to the adjoining Central American states. Eradication efforts began in Guatemala in 1987. The program began sterile fly dispersion in Belize in August 1989. No native flies have been found there since July 1991.

New Goal: As Far as the Panama Canal 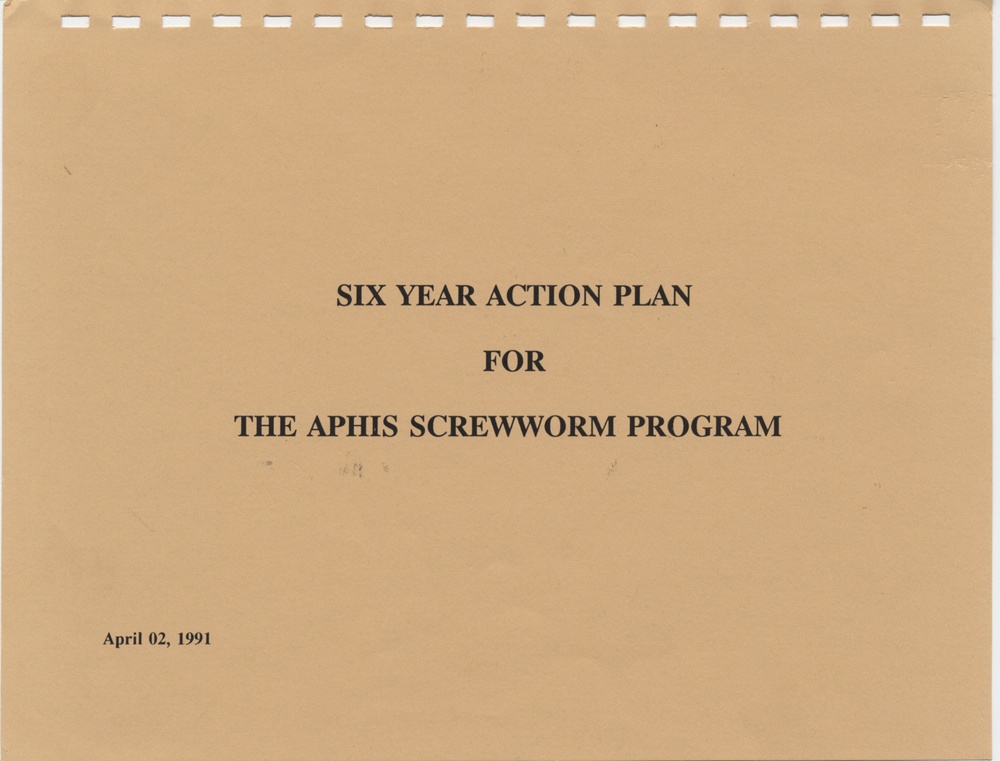 Plans for extending the eradication program to the remainder of Central America were in place by 1991. USDA's Animal and Plant Health Inspection Service (APHIS) concluded that the most effective and cost-efficient barrier zone would be the Darien Gap in Panama, from the Panama Canal east to the border with Columbia.

The climate and terrain varied among the Central American states; methods worthwhile in the Southwest and most of Mexico were less effective in these areas. Methods and research continued to improve in an attempt to keep pace. Scientists developed a cheaper and easier gel diet for rearing screwworm larvae, which yielded larger, healthier larvae and flies. 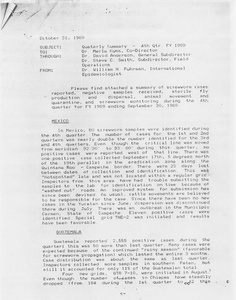 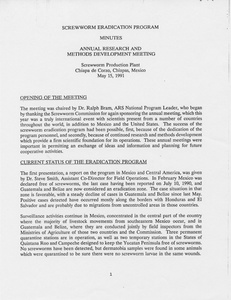 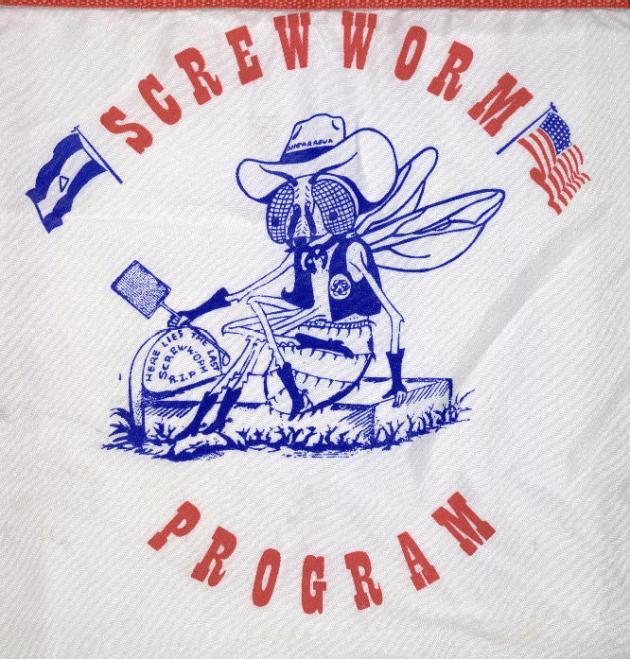 The remaining five nations of Central America”El Salvador, Honduras, Nicaragua, Costa Rica, and Panama”followed Guatemala and Belize into the eradication program. By the summer of 1995, El Salvador was screwworm free. In Central America, fly release continued long after the last case of screwworm infestation and until adjoining countries were well on the way to eradication. As of February 2000, only Costa Rica and Panama remain to be completely freed of screwworms; both countries continue with ongoing release of sterile flies. Public education efforts were essential to these accomplishments.

Permanent Barrier at the Darien Gap

Because of the distance of the fly-rearing facility in Tuxtla Gutierrez, Mexico, a new sterile fly production facility in Panama will maintain the permanent barrier zone at the Darien Gap. The new plant, to be completed by 2003, will supply sterile flies for constant release across Panama, east of the Canal. 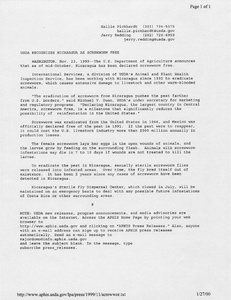 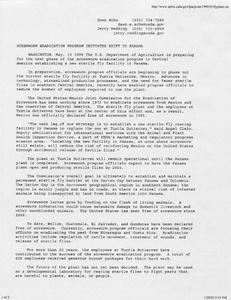 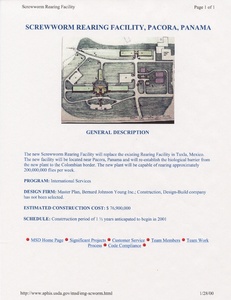