Of all the divisions, the Division of Dairy Research Laboratories was the largest. This division conducted experimental and investigational work of products and by-products of the dairy industry and nutrition of dairy cows.

By the 1930s the Division of Breeding, Feeding, and Management studied breeding, feeding, and management investigations, fertility, physiology of production and reproduction, and structure and anatomy of dairy cows. Additionally, the Division maintained the bureau's field stations in cooperation with the states.

The Division of Dairy Herd Improvement Investigations sponsored the work of dairy associations. An association was an organization of about 26 dairy farmers in a given locality who cooperatively employed a trained tester to test their cows for economic production of milk and butterfat. From records obtained by farmers, the bureau could tabulate and summarize production and feed records throughout the country and use them for investigational purposes.

Many basic problems related to manufacturing good quality dairy products and by-products and making them available to the consumer were solved through the Division of Dairy Manufacturing Investigations and Introduction. 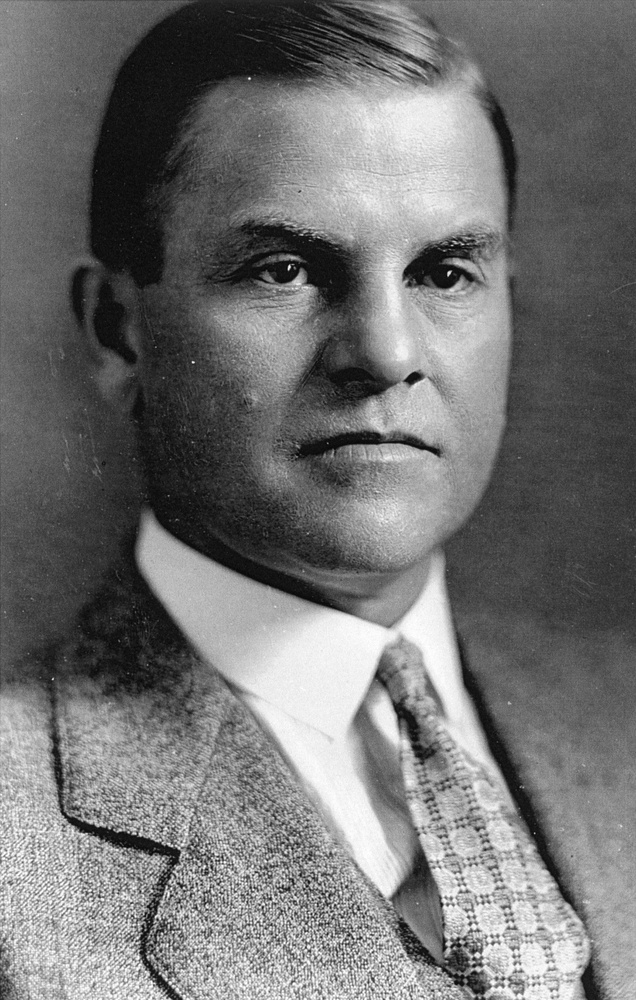 For all but the first two years of its existence, the Bureau of Dairy Industry was headed by Ollie E. Reed (b. 1885- d.?). Reed (shown below) had the longest tenure as bureau chief at USDA, from 1928-1953. A man of action, Reed promoted, "Greater efficiency in production, production of the highest quality in dairy products, and increasing the consumption of dairy products." He was widely known for his work on breed improvement through production testing, and fostered the development in this country of high grade cheese and butter. 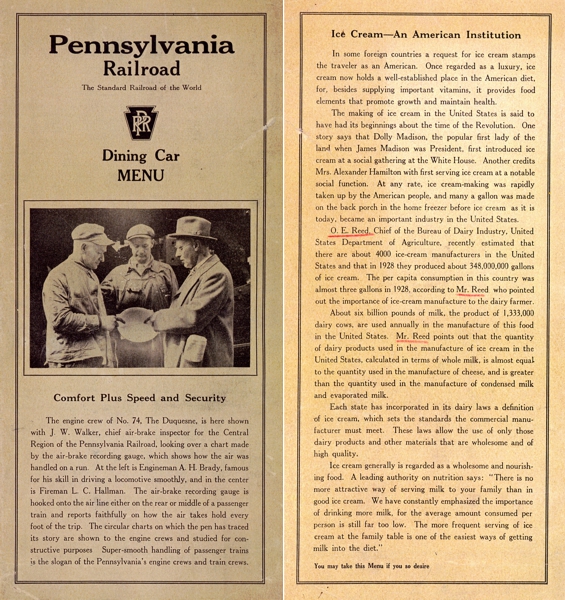 Reed was featured in an article about ice cream and its importance to the dairy industry. The story, Ice Cream-An American Institution, was printed on the back cover of a Pennsylvania Railroad Dining Car Menu from 1930 (shown below). According to Reed, there were approximately 4,000 ice cream manufacturers in the United States in 1928. These manufacturers produced about 348,000,000 gallons of ice cream. The three gallon per capita consumption required about 6 billion pounds of milk, the product of 1,333,000 dairy cows. This placed the production of milk for ice cream almost equal to the quantity used in the manufacture of cheese and greater than the quantity used in the manufacture of condensed and evaporated milk. 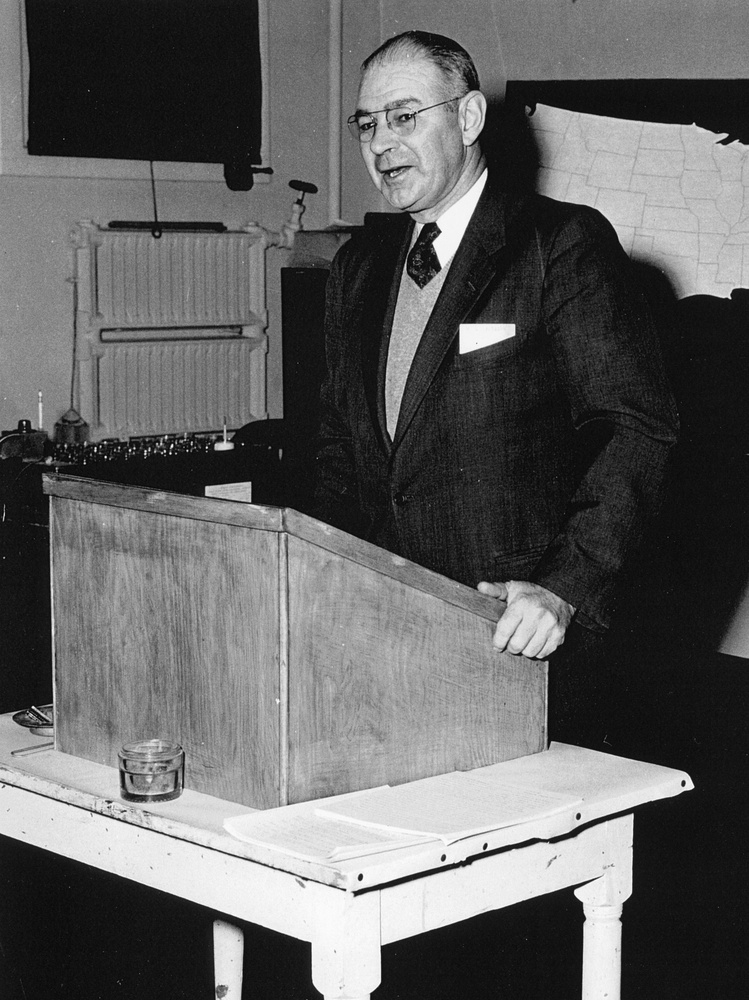 Dr. Ralph E. Hodgson (b. 1906- d.?), Assistant Chief, Bureau of Dairy Industry, 1945-1953, worked for the United States Department of Agriculture from 1930-1973. Previous to his studies on dairying in seven countries in Latin America in the early 1940s, he conducted research on the nutrition of dairy cattle. Hodgson (shown below) was associated with virtually every important international activity involving the dairy or livestock industry and served as the liaison officer and chairman of the U.S. delegation to the 13th through the 17th International Dairy Congresses.

Because of the importance of the health of people and its direct correlation to dairy practices, the bureau offered dairy education to other countries. A Dairy Handbook for Tropical America, written by Hodgson and Reed, was designed for dairy farmers, milk dealers, and agricultural students in tropical regions of the American continents. 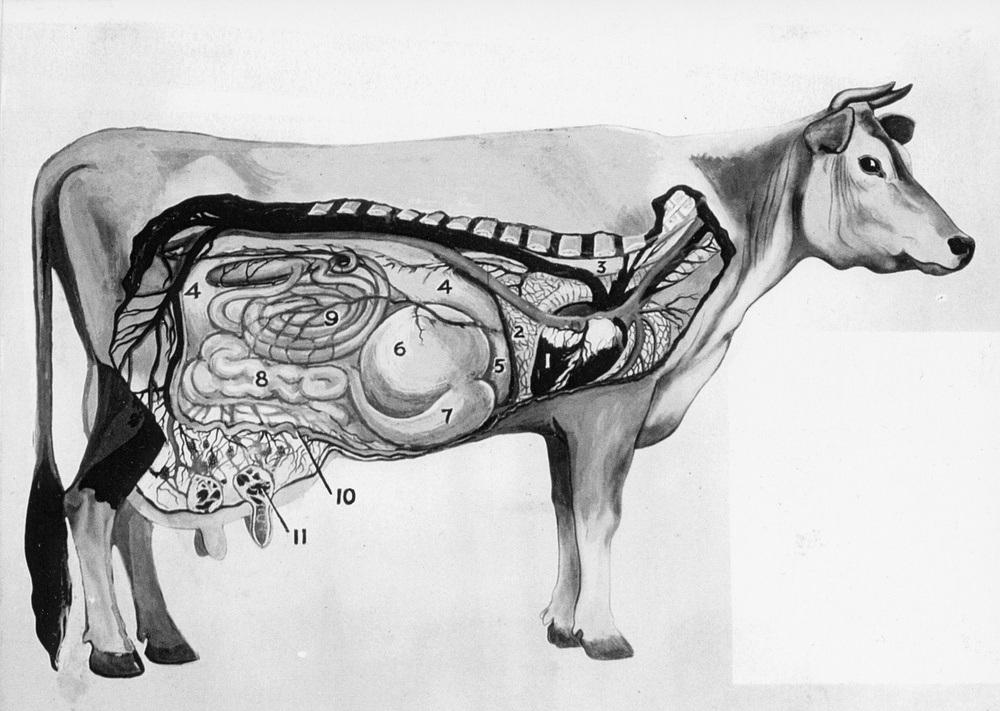 ← Research in the Private Sector
Bibliography →
Bureau of Dairy Industry