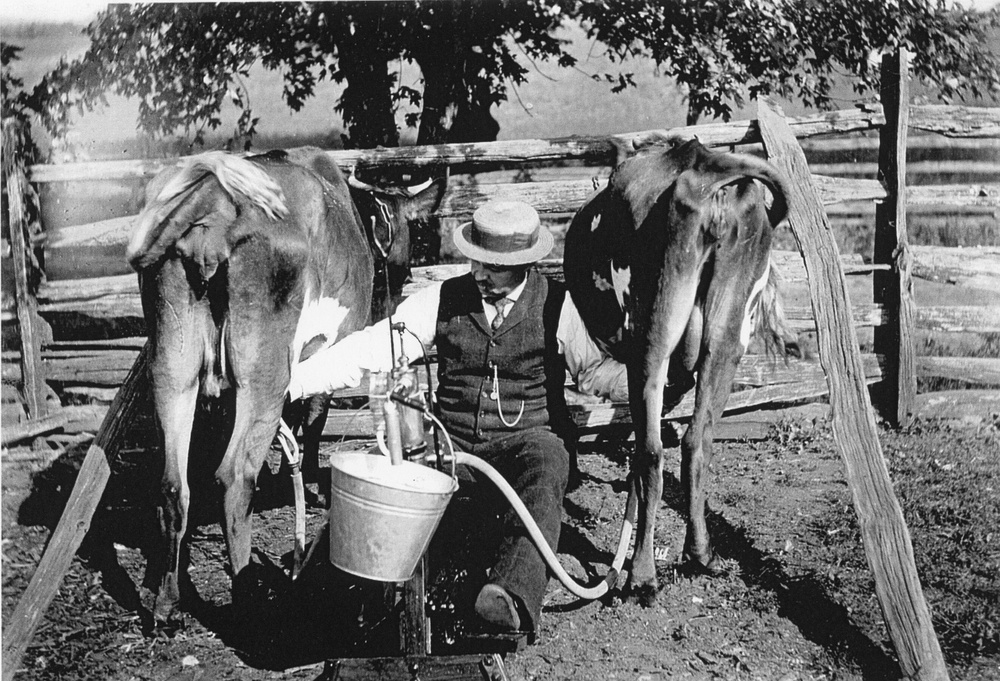 In the early 1600s immigrants brought cattle with them from Europe to supply their families with dairy products and meat. Although many different breeds of cattle including Durhams, Ayrshires, Guernseys, Jerseys, and Brown Swiss were imported through the next few centuries, it was not until the late 1800s that cattle breeds were developed specifically for dairy purposes.

In rural America, milk and milk products were made primarily for home or local use. However, with the movement of population from the farms to the cities at the turn of the century, it became necessary to mass produce and improve the quality of milk. Significant inventions such as commercial milk bottles, milking machines, tuberculin tests for cattle, pasteurization equipment, refrigerated milk tank cars, and automatic bottling machines contributed towards making milk a healthful and commercially viable product. 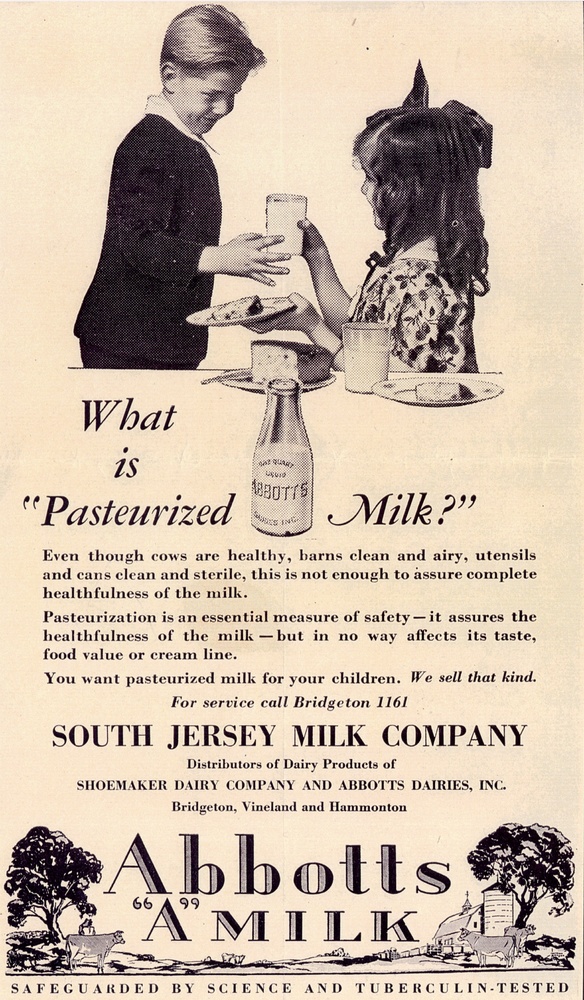 In appealing to customers, milk companies emphasized the safety of their product because of cleanliness, pasteurization, and tuberculin testing. South Jersey Milk Company, which distributed the products of Shoemaker Dairy Company and Abbotts Dairies, Inc., stressed the importance of safe milk for children in this 1930 advertisement.