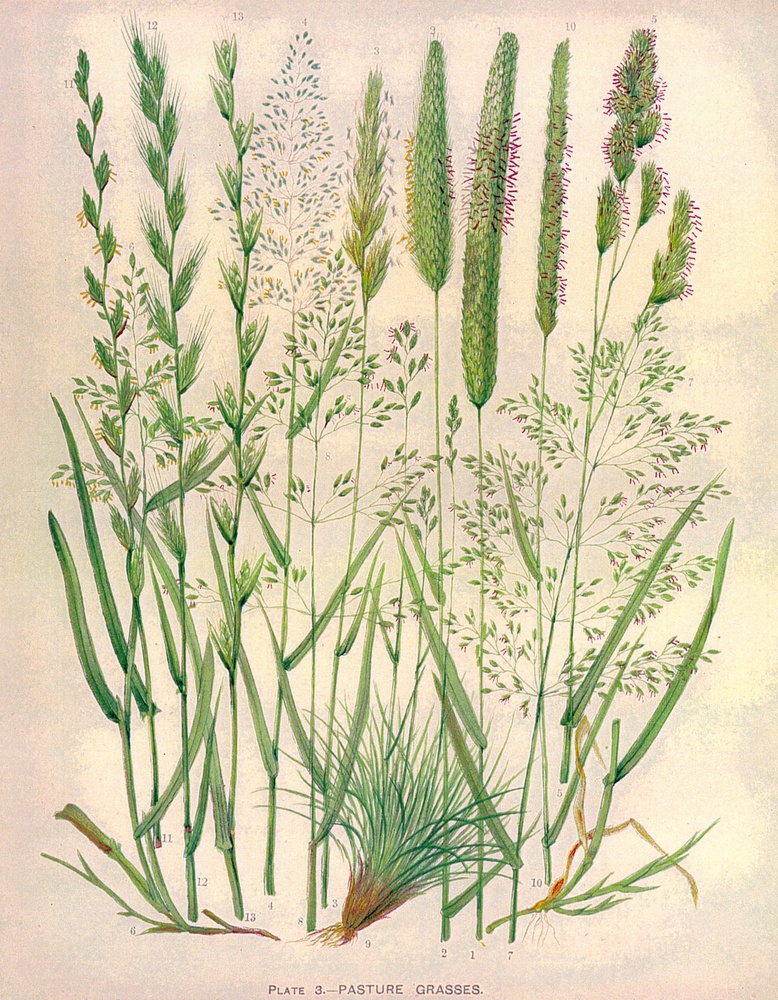 Colored drawing by R.H. Woods for J[ohn] P[rince] Sheldon, Dairy Farming: Being the Theory, Practice, and Methods of Dairying.

In an effort to improve the quality of American dairy products and to make them more acceptable abroad, the Bureau of Animal Industry of the United States Department of Agriculture (USDA) established the Division of Agrostology and the Dairy Division in 1895.

Scientists in the Division of Agrostology studied the effects of forage grasses on the flavor, odor, and quality of milk and milk products. The watercolor drawing on the left depicts different types of pasture grasses. 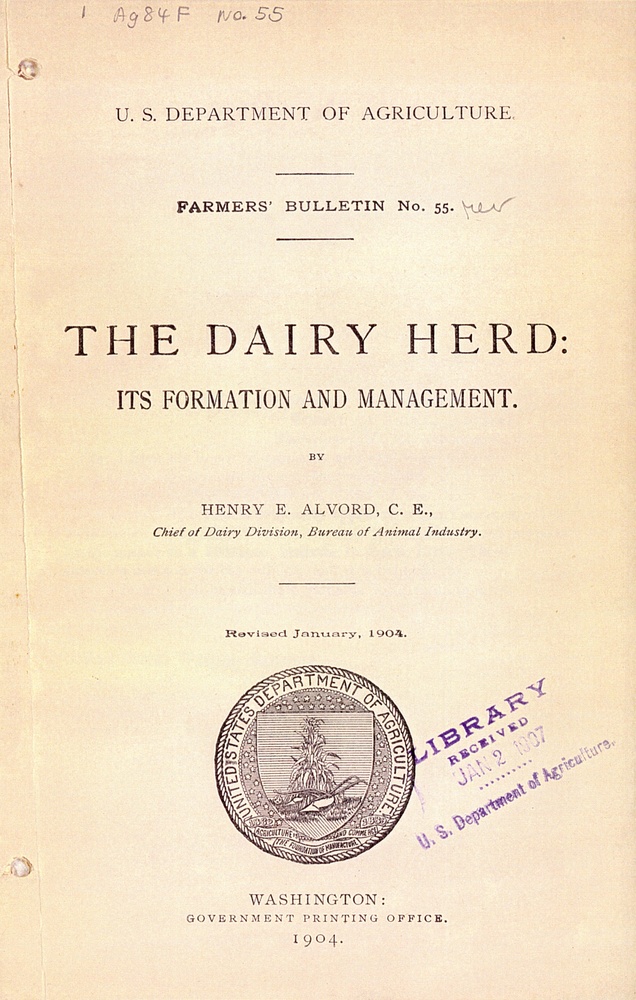 The early work of the Dairy Division consisted primarily of collecting and disseminating information. In response to surveys, the division issued bulletins on subjects of particular interest to the dairy industry such as "The Dairy Herd: Its Formation and Management." There was also a series of articles for the dairy farmer about the work of USDA in the Yearbook of Agriculture, 1897.

In addition to education, regulations were necessary to ensure a safe food supply. With the passage of the Meat Inspection Act of 1890 and amendment of 1906, Congress authorized USDA inspectors to enforce standards of sanitation and hygiene in the meat and dairy industries. 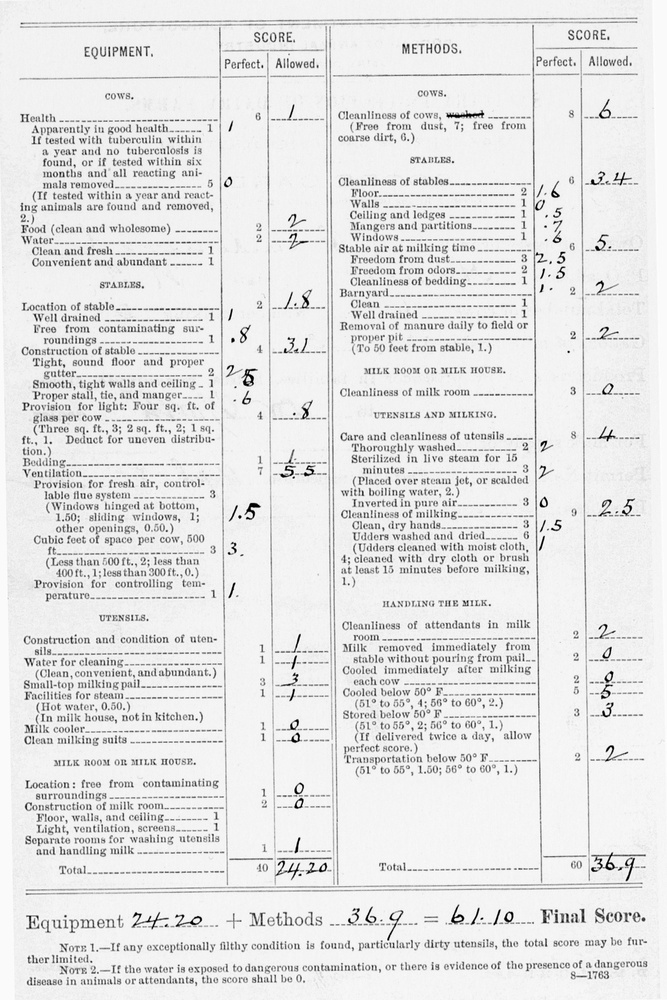 To provide facilities for carrying on experimental work, the Bureau of Animal Industry purchased the farm at Beltsville, Maryland, in 1910. Of the 475 acres of land, 190 were assigned to the Dairy Division. The first major building erected was the large concrete dairy barn nearest to Powder Mill Road. By 1927 Animal Husbandry acquired 1,000 more acres. The aerial photograph below is a portion of the facility in Beltsville circa 1940s.

In 1916 the Department of Agriculture leased the Grove City Creamery in Grove City, Pennsylvania. There the Dairy Division conducted experimental work on the manufacturing of butter, condensed milk, cheeses, and other dairy products. Shown below is a photograph of the Creamery in 1919.

In 1919 the milk specialists of the Dairy Division began to organize educational milk campaigns in cities and in rural communities to deal with surpluses generated by the increased production of milk and dairy products during World War I. As a result of ongoing milk campaigns, substantial increases in consumption of milk occurred.

Also below is an advertisement for milk in the motion picture Milk For You and Me. Walter Johnson holds a milk bottle and straw at American League Ball Park, New York, April 1925. 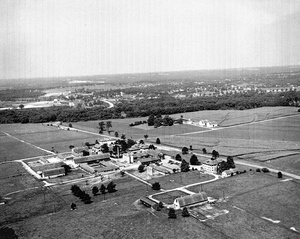 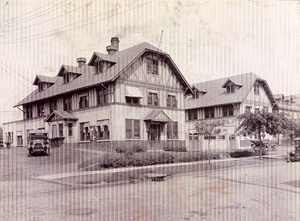 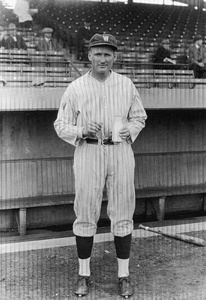