Materials created by agencies or employees of the United States government are in the public domain. Unless specified otherwise, the copyright interests in materials acquired or collected by government employees from outside sources have not been transferred to NAL or to the U.S. government.

The USDA History Collection was transferred to the National Agricultural Library, Special Collections, from the Economic Research Service of the United States Department of Agriculture in April 1996. Additional shipments of material were received in June, August, and October of 1997.

Processing of this collection has been supported through a cooperative agreement between the University of Maryland Libraries (UM Libraries) and the United States Department of Agriculture, Agricultural Research Service, National Agricultural Library (NAL). 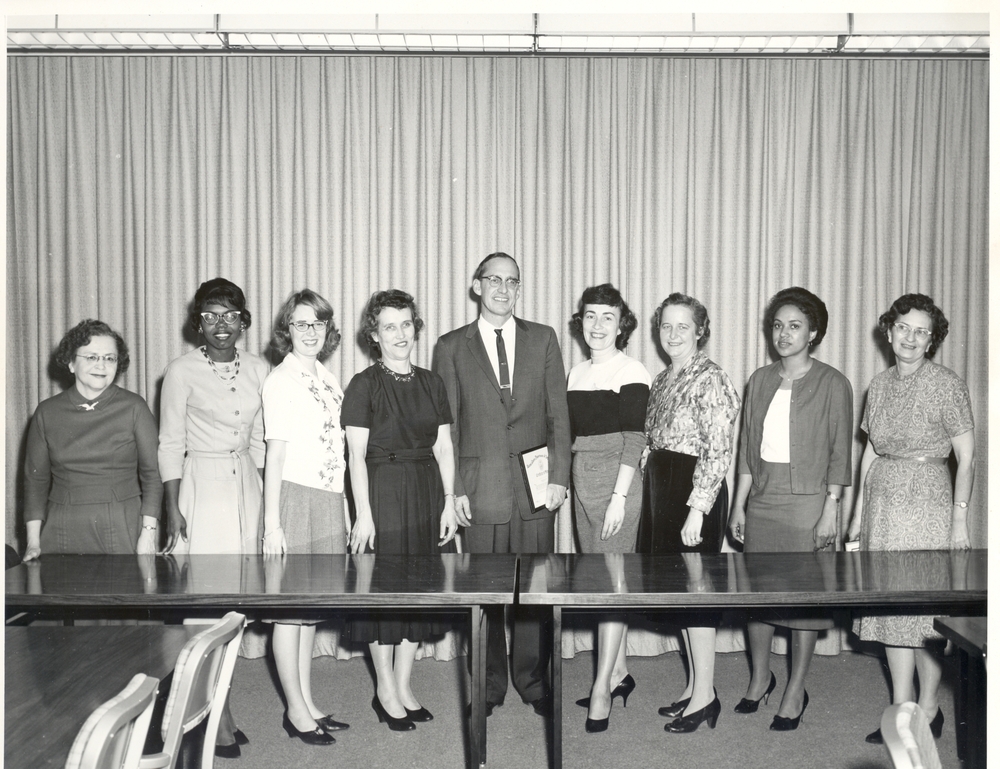 The materials in this collections were gathered over several decades by the staff of the Agricultural and Rural History Section (ARH) of the Economic Research Service (ERS). The ARH staff served as the official historians for the U.S. Department of Agriculture. 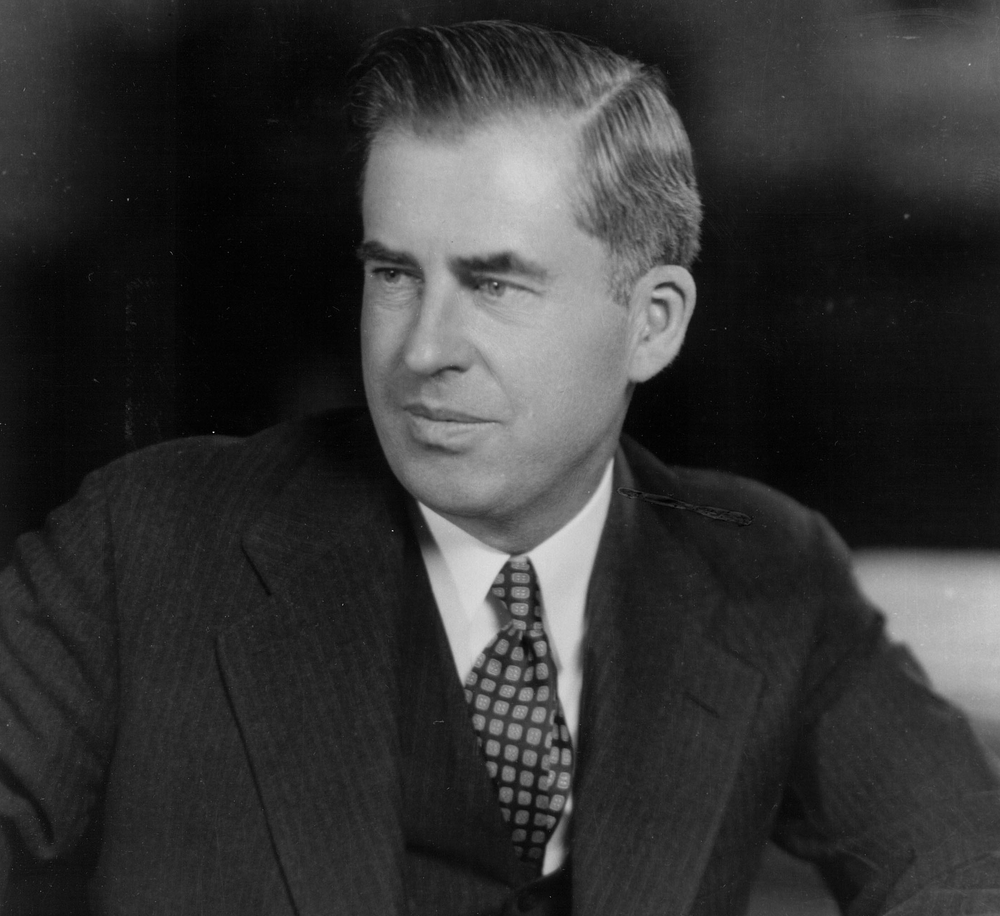 The collection includes letters, memoranda, reports, speeches, press releases, organizational charts, statistical tables, pamphlets, booklets, clippings, newsletters, scrapbooks, annual reports, audio and video tapes, oral histories and photographs, relating to the activities of the USDA and the history of agriculture. Also included are papers and writings of USDA staff and other individuals on agricultural history, correspondence and other records of the Agricultural and Rural History Section, and a small group of letters, account books, diaries and other manuscript material relating to U.S. agriculture dating from the late 18th to the early 20th centuries.

This collection documents the work of the USDA, its staff and agencies. It is particularly strong concerning the activities of the Secretaries of Agriculture, their assistants and staffs, especially for the administrations of Henry Agard Wallace, Ezra Taft Benson, and Orville Lothrop Freeman. Large sections of the records relate to the response of the USDA to such crises as World War I, World War II, and the Great Depression, droughts, floods and other disasters, and the changes brought about by the economic and technological developments of the twentieth century.

Subjects covered include the production, distribution and marketing of agricultural commodities; price supports and the management of surpluses; research, education and technology; land use and conservation; rural development and other sociological aspects of agriculture; international trade, international food aid and technical assistance; the administration of the Department of Agriculture; and the relationship of the USDA with the U.S. Congress and Executive Branch, with states and counties, and with agricultural interest groups and citizens.

Most of the collection relates to the activities of the USDA during the 20th century, but there are original records, copies of records, and research notes documenting the years back to the founding of the Department in 1862, as well as material dealing with the entire history of agriculture in the Americas and the world.

Nature of the Collection

The USDA History Collection was created by historians who gathered material from many sources, and organized it to suit their research needs. For many researchers, the unique organization of these documents will enhance the value of the collection. Much of this material may be available elsewhere, since the collection contains many secondary sources (printed items, or duplicate copies of letters and memoranda), but here it is arranged in a system, based on detailed subject breakdowns concerning agricultural topics and USDA activities, that brings together items that may be widely scattered in other repositories.

Also, much primary source material can be found in this collection, including original correspondence, memoranda, drafts of government reports, and manuscripts of books and articles. The Historical Manuscripts in Series X are only one special case. Such documents are located throughout the collection, often filed as large blocks that almost constitute discrete sub-collections, but frequently mixed among secondary materials as well. The presence of unique and rare material is highlighted throughout the finding aid in the detailed scope and content notes for each series

The bulk of the collection (the Documentary Files and the Class File) is arranged according to chronological and subject-based outlines that were devised by ARH staff. Other sections are arranged chronologically, topically, or according to creator or office of origin, as appropriate. The arrangements are described in the detailed scope and content notes for each series or subseries. 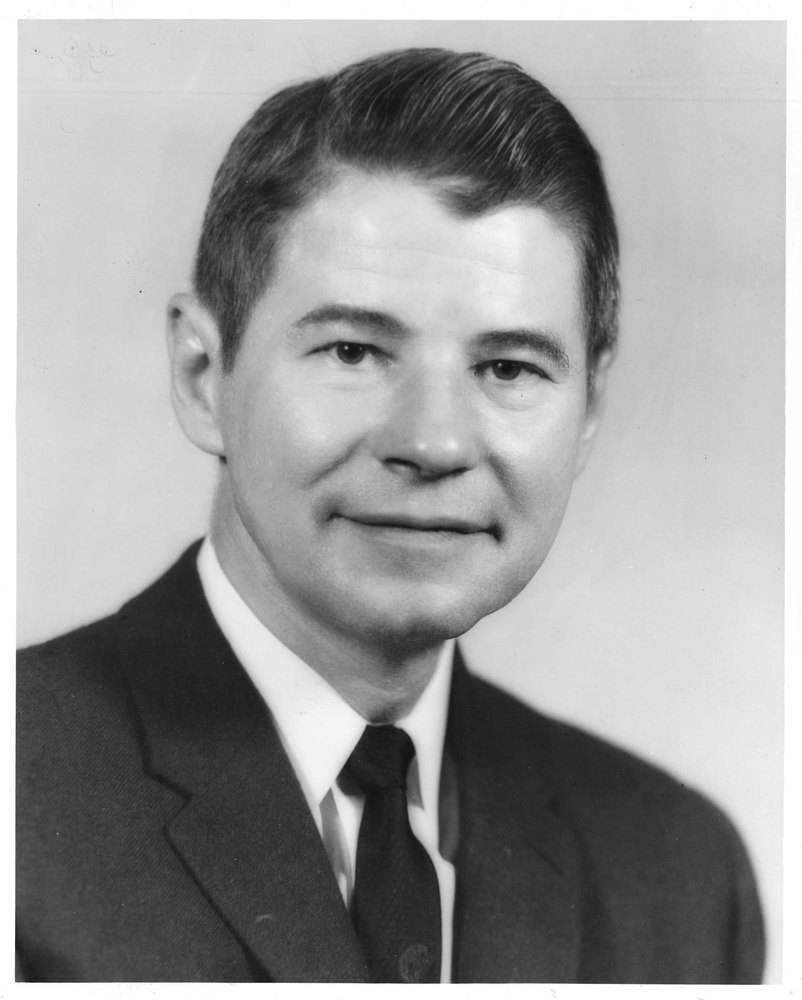 Materials on the history of the USDA and agriculture in the United States, including letters, memoranda, press releases, speeches, reports, charts, statistical tables, printed materials, clippings, papers and articles by USDA staff and others. Most of the materials are from the 20th century; items of earlier date are generally copies or transcriptions from other sources. Arranged in six subseries by time period. Within each subseries, the files are arranged by a classification scheme developed by ERS historians (schemes vary for each time period). Several subseries have addenda following or inserted into the formal scheme.

General materials on the history of U.S. agriculture, including pamphlets, booklets, clippings, articles, reports, and photographs. Arranged alphabetically by subject or name of author. Many of the authors represented in this series were staff of the Agricultural and Rural History Section. These files contain both published and unpublished writings.

This Series includes two subseries. Subseries 1 contains the Memoranda of the Secretary of Agriculture, which provide the legal basis for administrative actions with the Department. Numbered memoranda are filed numerically; unnumbered memos are filed by date. 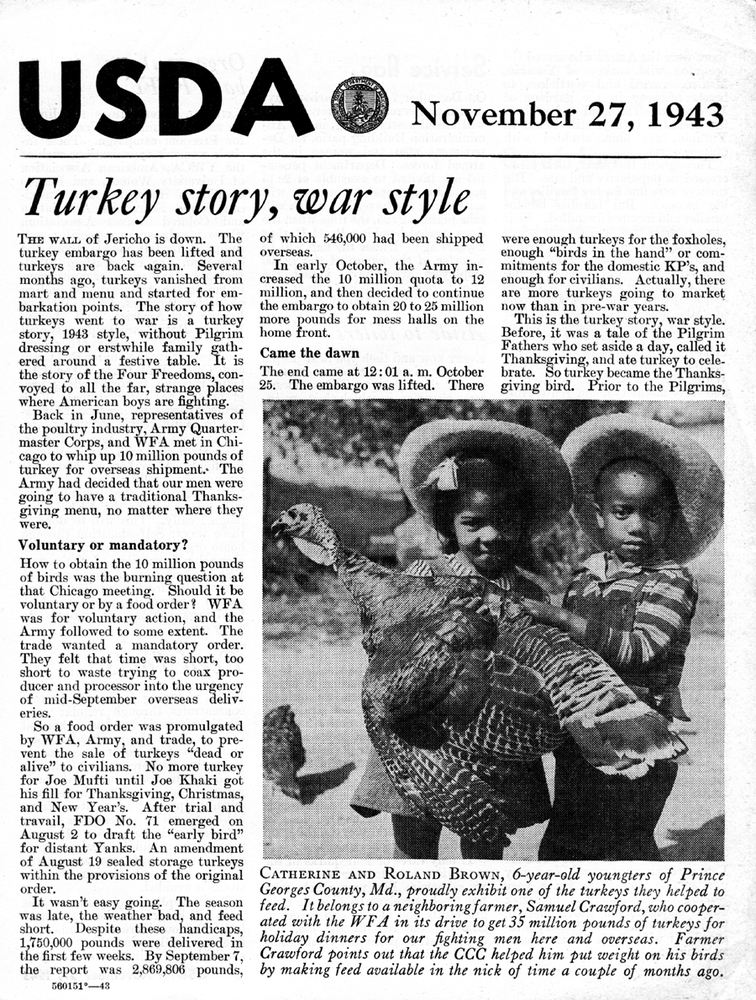 Press releases from the USDA Office of Information and other agencies, including daily summaries of releases issued as well as complete individual releases. Also clippings of articles on agricultural topics from many sources, some compiled into daily packets and issued to staff by departmental agencies. 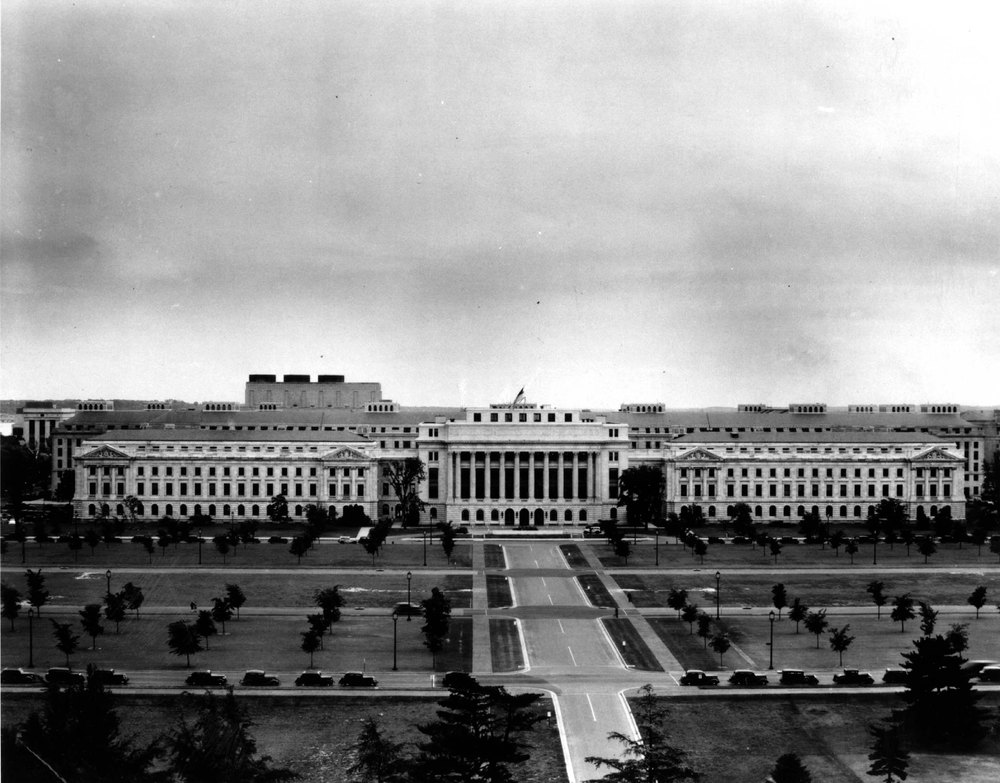 Photographs separated from other series, including photographs of USDA buildings, and pictures from the Class File (Series II); photographs collected by Emerson Brooks, an employee of the Statistical Reporting Service; and other loose photographs and albums found among ERS records.

Audiotape cassettes, videotapes in both VHS and Beta formats, and paper records. There are audio tapes of personal interviews, transcripts of these tapes, and reports of interviews (not verbatim records). There are also audiotapes of conferences, and public service announcements and reports on agriculture-related news and events. The videotapes record conferences, personal interviews, and productions intended for broadcast.

Office records of the Agricultural and Rural History Section, including correspondence, research and administrative files; records relating to organization, training, personnel and planning within the Economic Research Service and its predecessor, the Bureau of Agricultural Economics; materials on the history of personnel administration in the USDA, ca. 1860-1990; and a collection of biographical sketches of USDA employees, ca. 1940-ca. 1970. 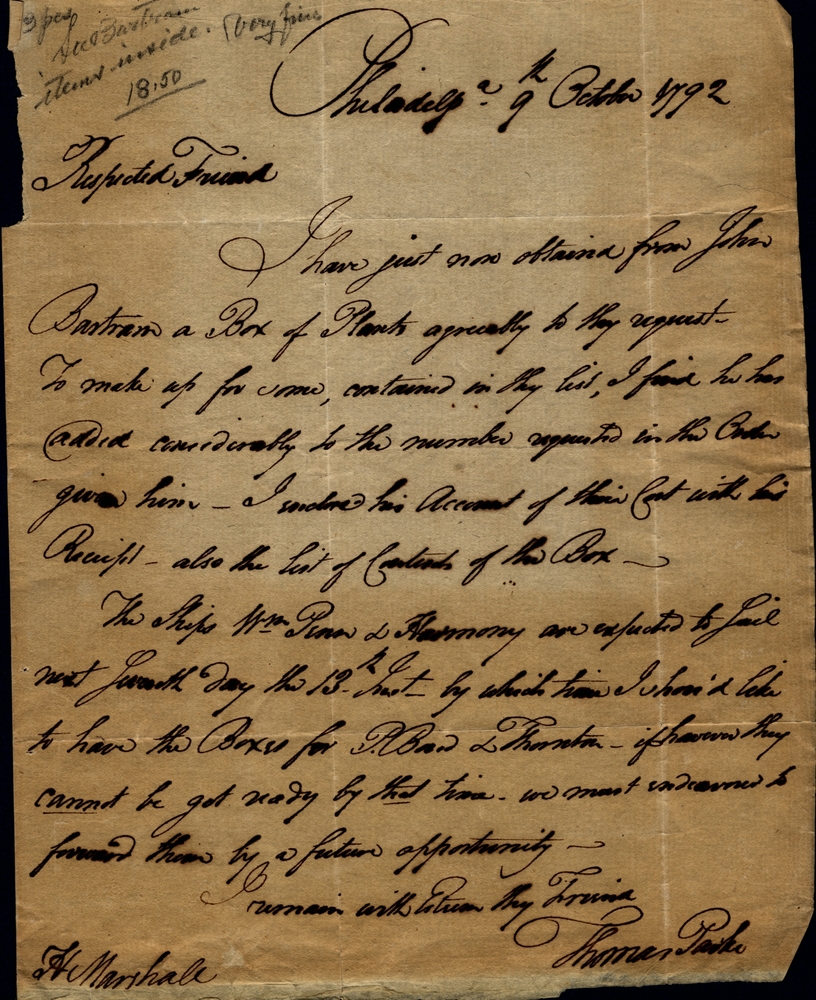 A collection of items from the late 18th through the early 20th centuries, including diaries, letters, receipts, broadsides, articles, publications, clippings, scrapbooks, pamphlets, record books, ledgers, and certificates. These items were gathered by USDA historians from a variety of sources. The creators of the materials include farmers, gardeners, scientists, USDA officials, business people, and educators. The subject matter is the daily activities, accounts, and records of farming, horticulture, livestock breeding, and other agricultural enterprises. Most of the materials are in English and of American origin, although there are a few British, French, and Dutch items.

Papers of individuals, mainly staff of the Agricultural and Rural History Section, or other divisions of the Economic Research Service. Papers including research notes, correspondence, manuscript and typescript drafts of books and reports, subject files, notes and transcripts of interviews, copies of articles and reports, as well as items such as letters, resumes, appointment books, and photographs.

Materials found with the collection, collected or received by ARH historians over the years, that were not filed with or directly connected with any of the other series. Included are papers, theses and dissertations sent by historians and other researchers for comment or review, or in appreciation for assistance in their research; papers and other materials from conferences; USDA Graduate School catalogues, and other records; land use planning reports, 1930s-1940s, including postwar planning reports; bibliographies; and research materials gathered on various topics, including migrant labor, milk, the farm debt problem of the 1980s, statements of John F. Kennedy relating to agriculture, the Civilian Conservation Corps, Land Grant Colleges, and food aid programs including P.L. 480.