Official Seal of the USDA 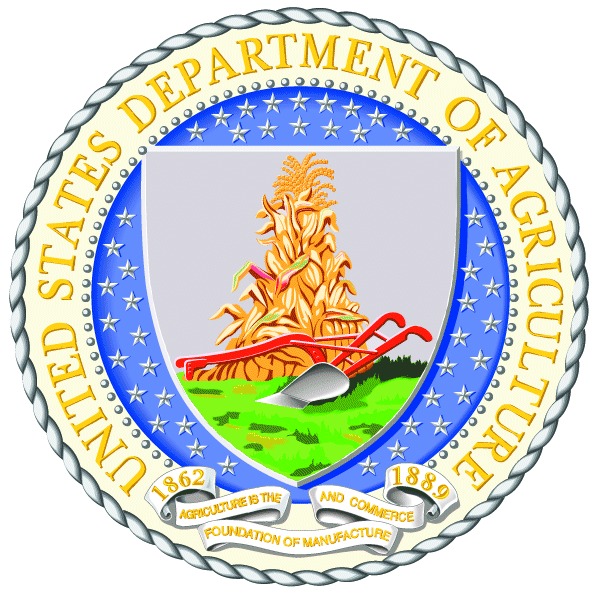 Seal of the United States
Department of Agriculture

Records indicate that the design for the Official Seal of the Department of Agriculture was drawn by A. H. Baldwin, an artist in the employ of the Department, and submitted for criticism to Bailey, Banks, and Biddle, of Philadelphia, Pa. Secretary Morton showed a great amount of interest in the design of the Official Seal, even to the point of holding several conferences with Department officials and commercial concerns.

A green or gold seal and a green ribbon are used on many documents with the impression of the seal. There are no official requirements for the use of green; however, it is deemed to be appropriate for use by this Department.

An early, unofficial version of the seal depicted a shock of wheat along with a plow, however, the wheat was replaced by corn in the final rendition. See "Seals of the Executive Departments," by Isabel L. Smith, in Daughters of the American Revolution Magazine, 56 (Nov. 1922), pp. 648-656.

Since 1996, the use of the Seal has been relegated for use on legal materials, in the Office of the Secretary, and for other functions as may be determined. The Seal is used in the USDA History Collection Web site with permission of the Department.

The USDA Symbol, which combines the Department's initials with a depiction of a landscape, representing the soil, has been created and approved for all other uses. For more information about the use of the Seal or the USDA Symbol, contact the Design Center in the USDA Office of Communications. 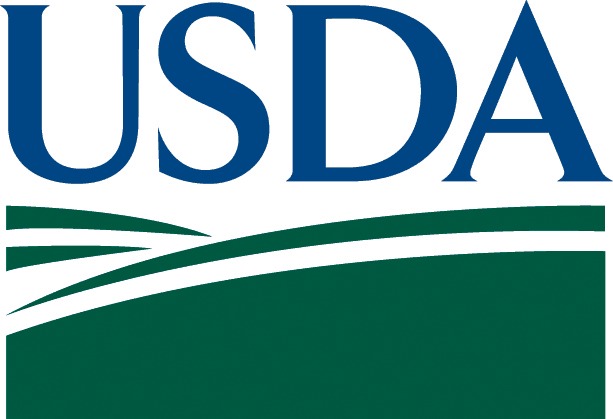 The USDA Symbol (also sometimes referred to as a logo) was created and approved for use by the Secretary in 1996. It stands for all of USDA's activities in its mission areas and agencies.

The Symbol is a graphic representation of the foundation of all agriculture, the soil. The Department's initials are the most recognizable element and unique to the U.S. Department of Agriculture. These two elements combined form the new symbol. It has been tested for use across all media.

The official colors for the USDA symbol are dark purple for the letters USDA, and dark green for the soil graphic. The symbol may also be reproduced in one color.

Source: "The USDA Symbol: Its Purpose and Use." USDA Office of Communications, Design Center, August 1996.