The Gardens at Breeze Hill 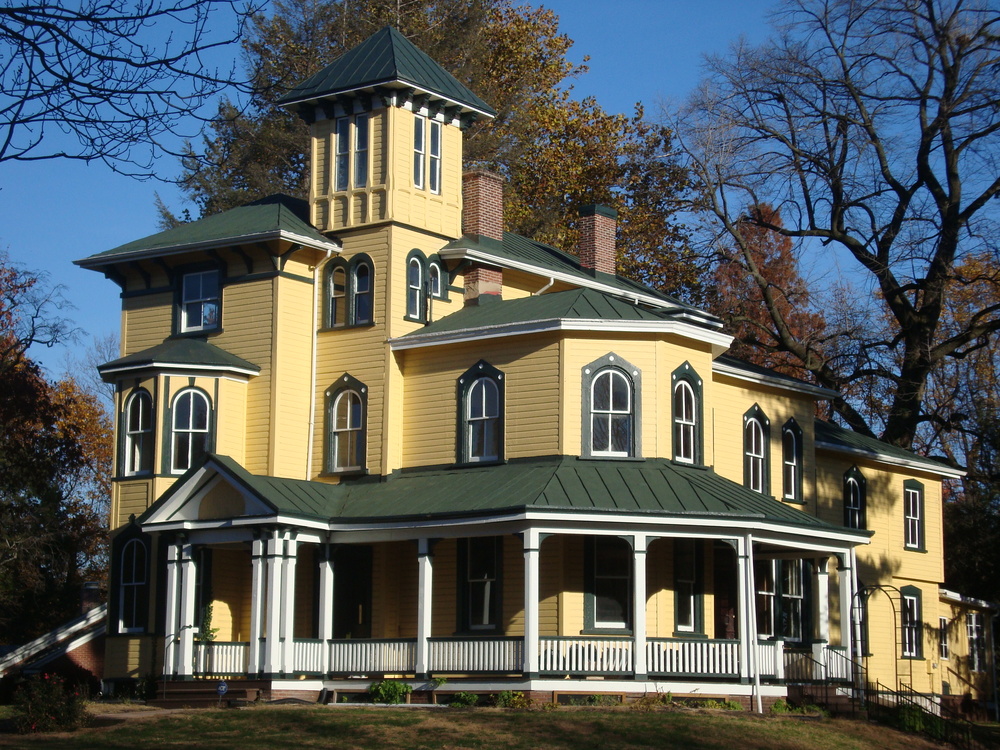 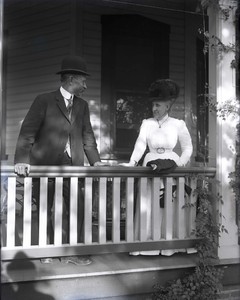 Mr. and Mrs. McFarland on the porch of Breeze Hill

In addition to the printing company, McFarland’s home played a pivotal role in his success.

In 1909, McFarland; his wife, Lydia; and their two children; bought a 2.5 acre property approximately one mile from his Mount Pleasant Press and about five minutes from downtown Harrisburg. After much searching for a suitable “country property” to escape the trolley car sounds next to their city home, the McFarlands found the house in disrepair, but all agreed it was exactly the home for them.

Lydia named the house and property “Breeze Hill” because the breezes which reached them “came straight from the distant mountains, and were not often touched by the rising smoke and dust of the city.” The McFarland family lived at Breeze Hill until his death in 1948. His daughter Helen resided there until her passing in 1980. 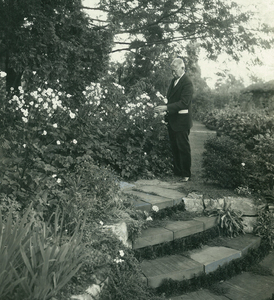 J. Horace McFarland in the gardens of Breeze Hill

The garden McFarland developed at Breeze Hill became one of the most widely known gardens in America. McFarland secured the help of one of America’s pre-eminent landscape designers of the early twentieth century, Boston architect Warren Henry Manning.  Manning promoted the informal and naturalistic "wild garden" approach. It took significant work to design an extensive experimental garden to serve the needs of the McFarland Company in using the flowers and plants in printing horticultural publications. McFarland called it a “garden laboratory where the best that grows is observed, recorded, photographed, and color-noted for passage through perfected processes into catalogue, book, or magazine.” 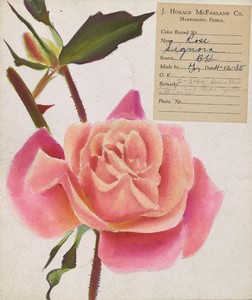 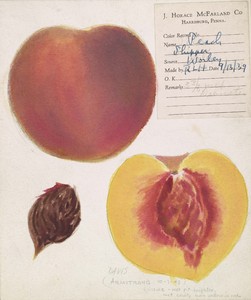 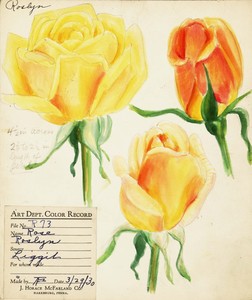 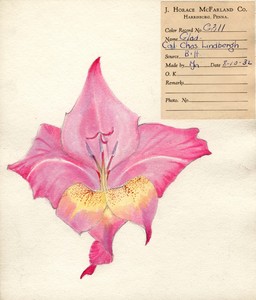 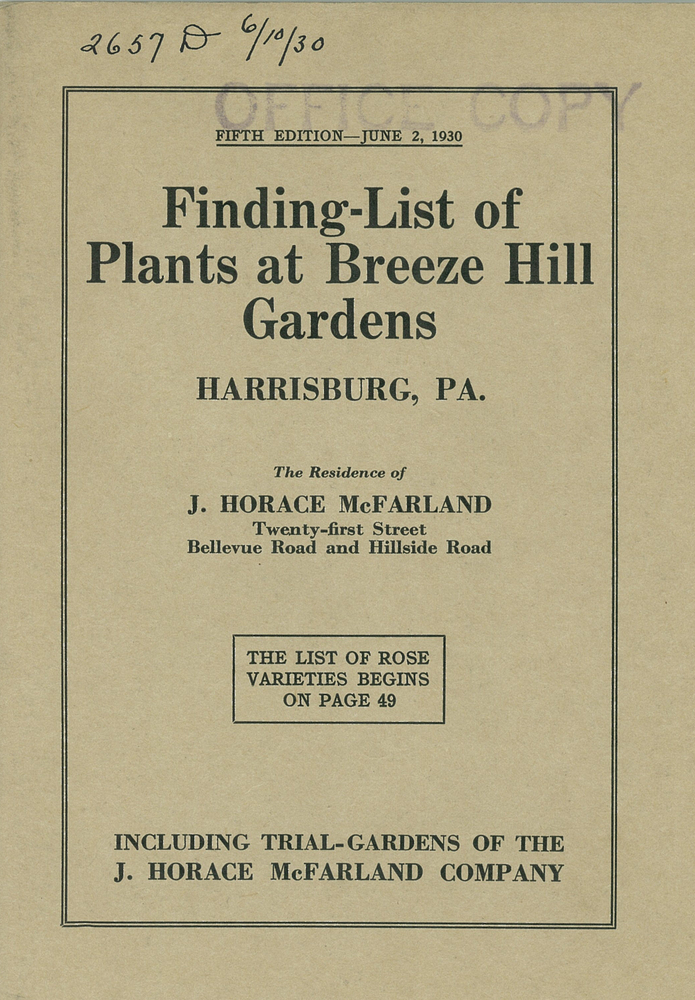 In addition, it was a trial garden for commercial growers and USDA. In fact, the Special Plant Introduction Division staff members experimented with plants introduced from throughout the world which were distributed in limited quantities from Breeze Hill. It was one of three test gardens working on a continuously blooming rose, resulting in the “Mary Wallace,” named for Secretary of Agriculture Henry A. Wallace’s daughter Mary.

The public was free to stroll through the gardens and pick up a “finding-list of plants” at the garden entrance. Many distinguished visitors from all over the world came to the gardens to experience the continually changing landscape. 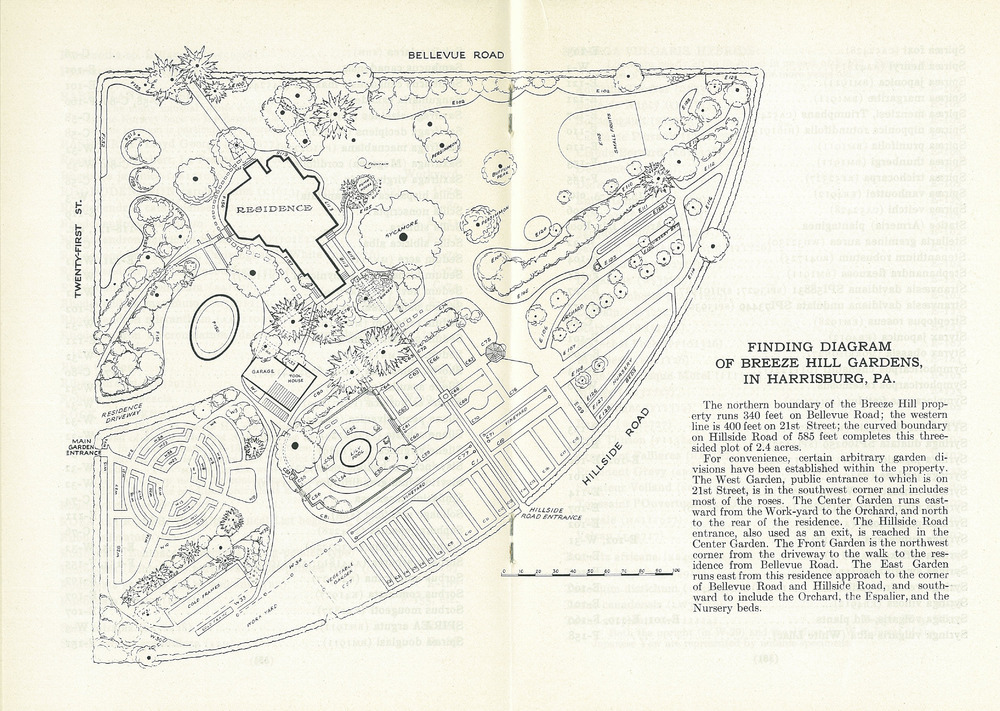 Map of Breeze Hill and gardens