Work with the American Rose Society 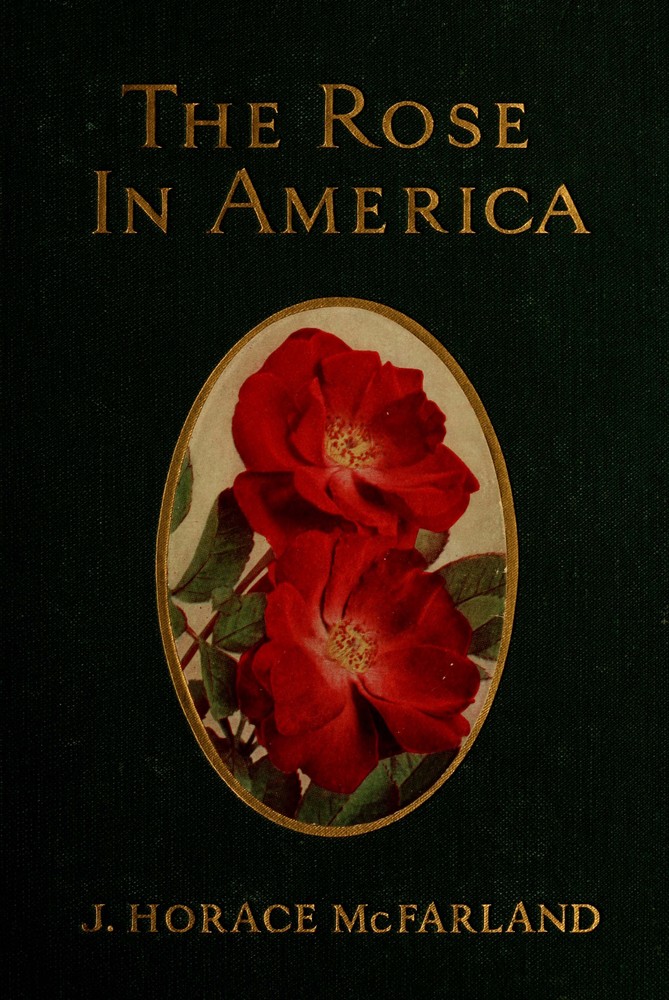 J. Horace McFarland's book The Rose in America, circa 1923

The American Rose Society, founded in 1892, was a professional organization for scientific and commercial growers. American roses were limited to basic types and colors. Amateur growers, primarily on estates of the wealthy, were working on a wider selection of rose varieties that were not available for widespread distribution.

In 1915, McFarland became a bridge between the amateur growers and those with scientific or commercial interest. He agreed to publish the American Rose Annual for the Society. The publication concentrated on rose culture and care for amateurs as well as accommodating the scientific and commercial growers. 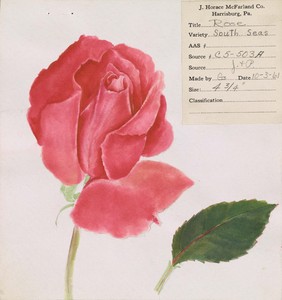 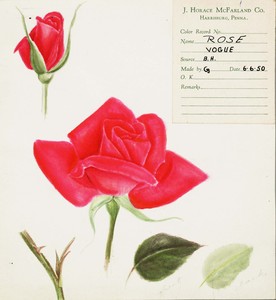 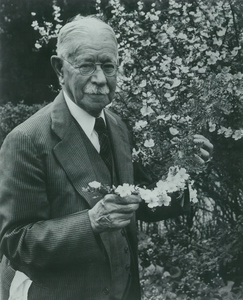 J. Horace with a rose bush 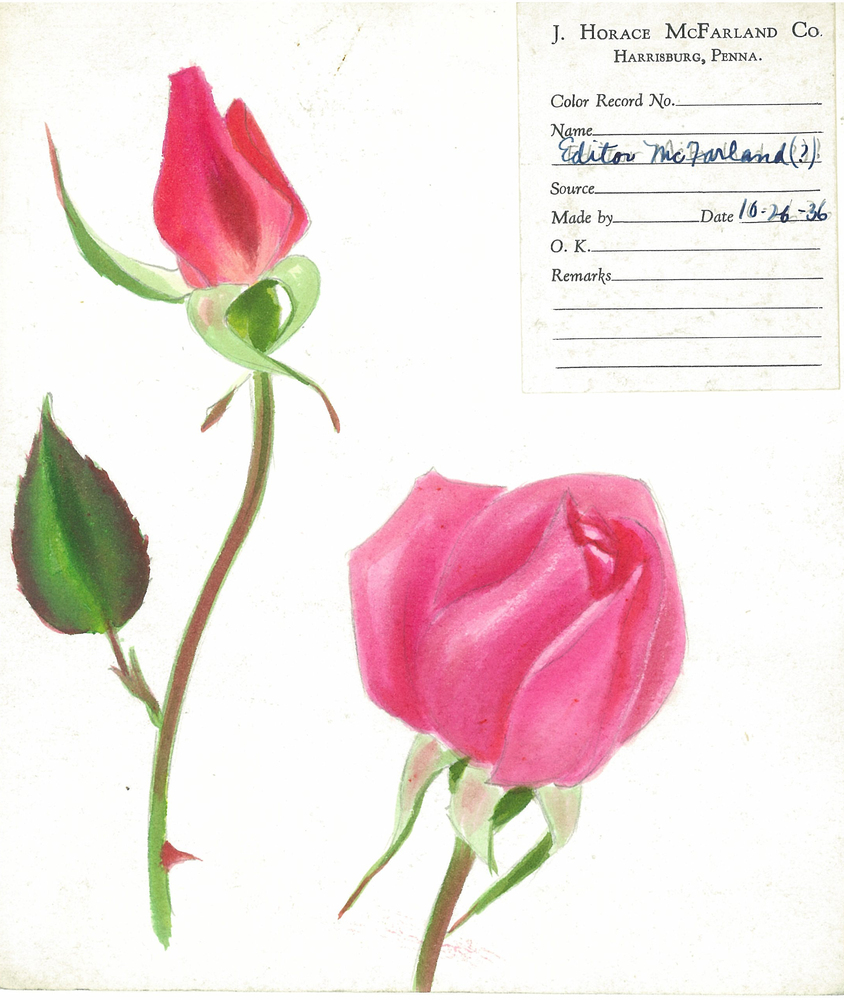 The Society paid for printing and distribution, but sold advertising at $0.25 a page. McFarland agreed to an unpaid editorship with the agreement that the Society allowed amateurs to join. It was a huge success, sparking the beginning of “a great American rose movement.”

Amateur membership grew from 54 to 899 in two years. McFarland received an honorary lifetime membership in appreciation of his splendid work on the Rose Annual and for his active interest in increasing the amateur membership.

With his work at the American Rose Society and his rose work at Breeze Hill, McFarland was attributed by his contemporaries as a leading figure in the transition of the rose from a narrowly accepted commercial product to the widely loved, home-garden plant. In fact, two roses are named for him.