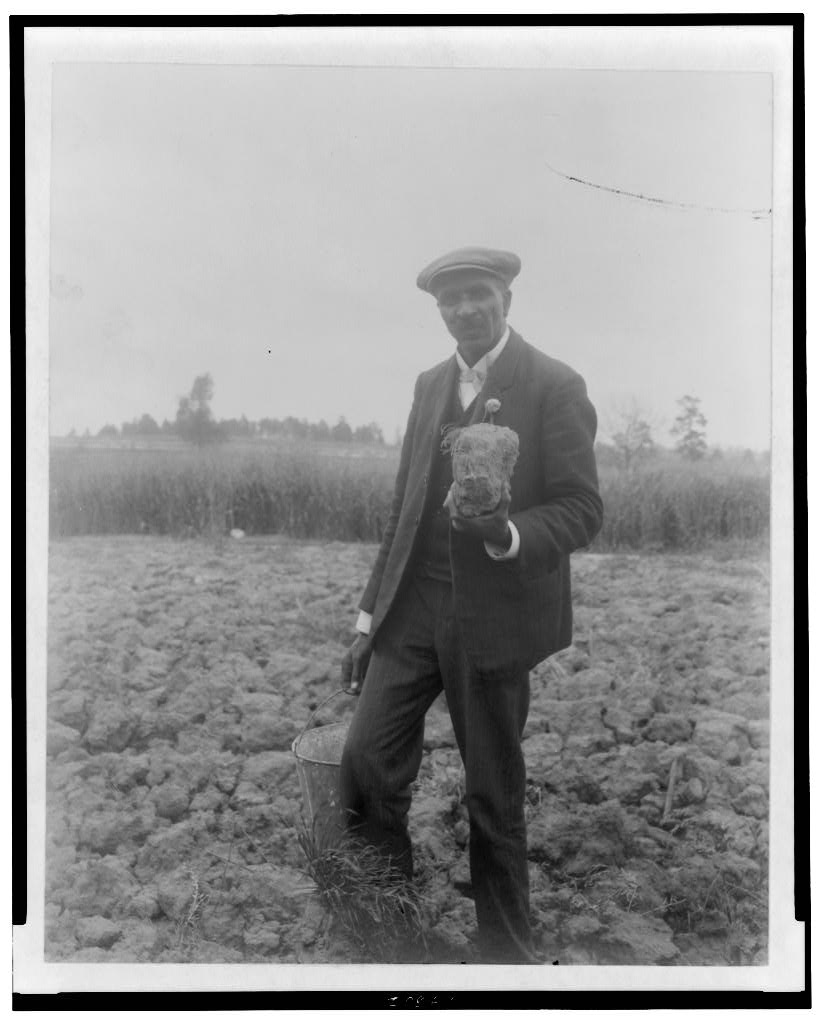 The heart of Carver’s message to Southern farmers was that the type of farming they had been practicing had drained their soil, vampire-like, of its vitality, and that the soil’s fertility could be restored. The Montgomery Advertiser published this statement of his in 1938: ‘Whenever the soil is rich the people flourish, physically and economically. Wherever the soil is wasted the people are wasted. A poor soil produces only a poor people—poor economically, poor spiritually and intellectually, poor physically.’

Burchard, Peter Duncan (2005). George Washington Carver: For His Time and Ours.
National Park Service. Department of the Interior, p. 18. Retrieved from: http://www.nps.gov/applications/parks/gwca/ppdocuments/Special%20History%20Study.pdf.

Carver published the results of his studies on soil productivity in four Experiment Station Bulletins. Like all of his other scientific work, Carver's soil studies were done in an effort to develop practical methods that could be put to work by the smallest farmer with very little inital investment in materials and tools. The soil science publications of Carver's Station form the focus of this section of the exhibit, along with a small sample of U.S. Department of Agriculture publications on the same topic.