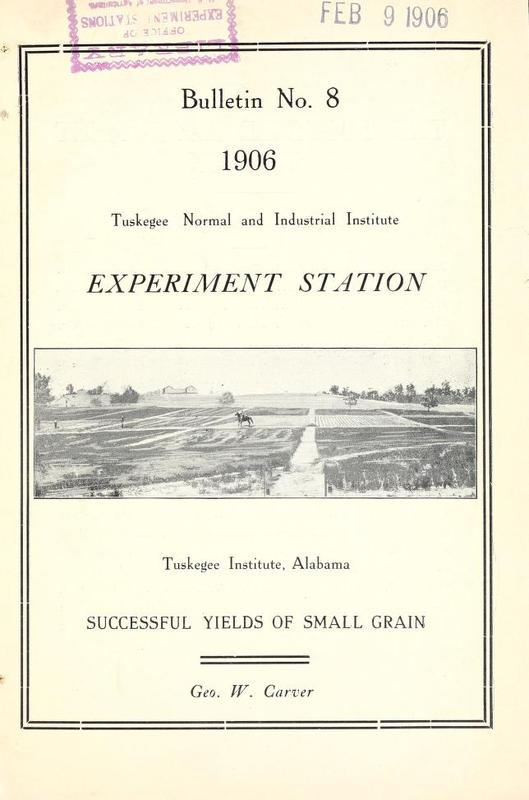 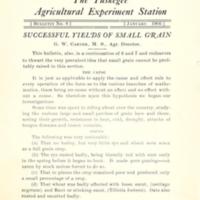 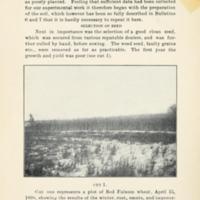 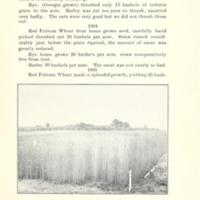 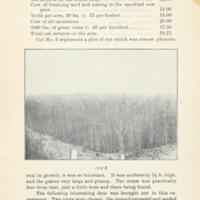 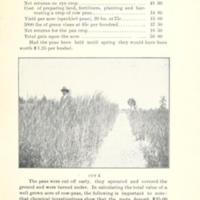 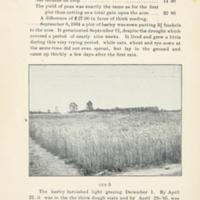 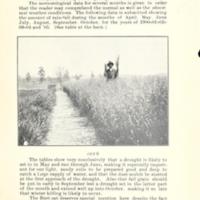 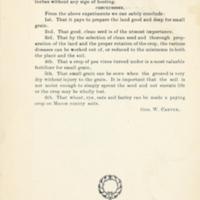 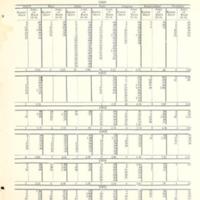 This bulletin, also, is a continuation of 6 and 7 and endeavors to thwart the very prevalent idea that small grain cannot be profitably raised in this section.

It is just as applicable to apply the cause and effect rule to every operation of the farm as to the various branches of mathematics, there being no cause without an effect and no effect without a cause. So therefore upon this hypothesis we began our investigations.

Some time was spent in riding about over the country, studying the various large and small patches of grain here and there, noting their growth, resistance to heat, cold, drought, attacks of fungus diseases and insect enemies.

The following was very noticeable:

(a) That no barley, but very little rye and wheat were sown as a full grain crop.

(b) The rye rusted badly, being literally red with rust early in the spring before it began to boot. It made poor grazing — not eaten by stock unless forced to do so.

(c) That in places the crop remained poor and produced only a small percentage of a crop.