The Road Drag and How It Is Used 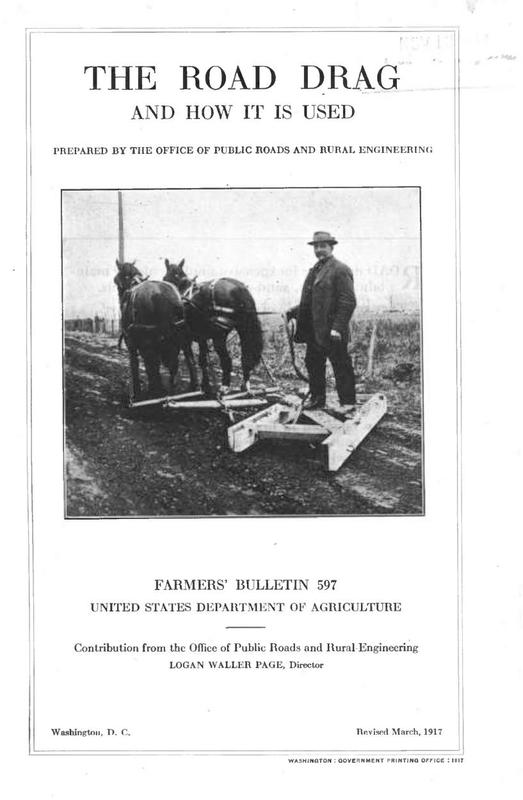 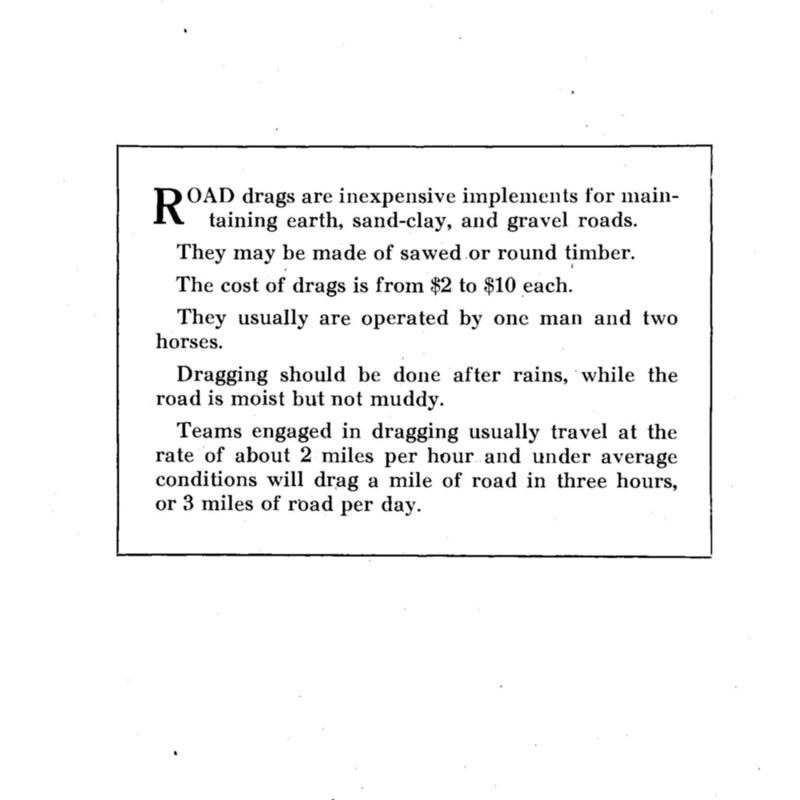 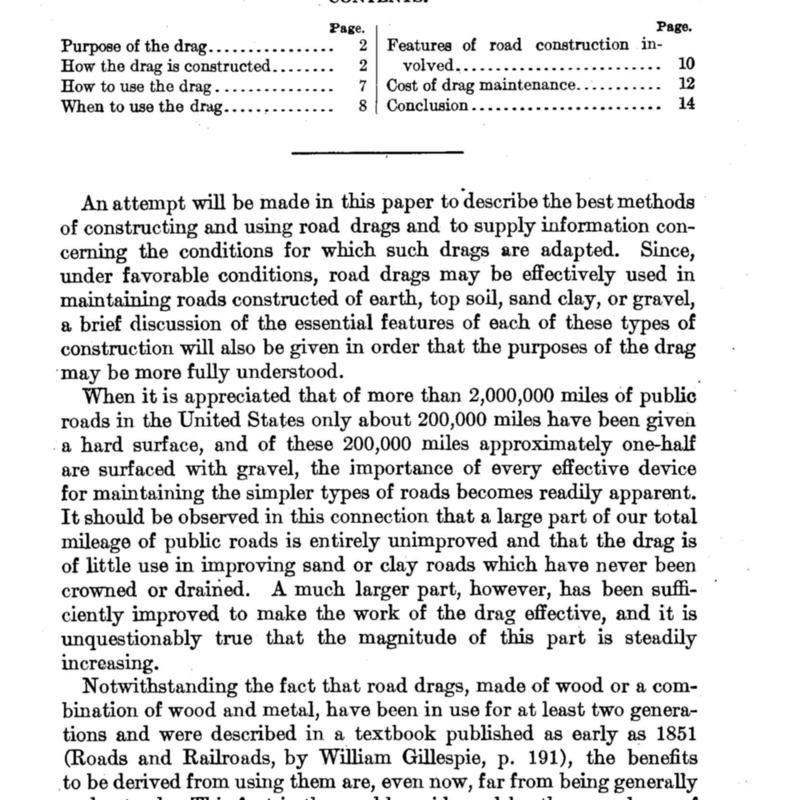 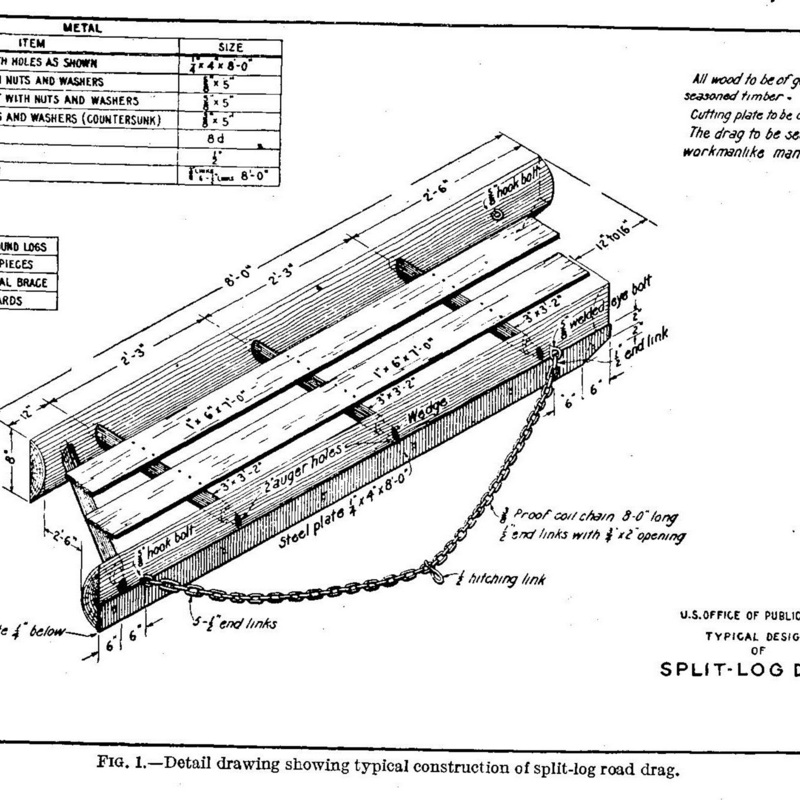 The Road Drag and How It Is Used

They may be made of sawed or round timber.

They usually are operated by one man and two horses.

Dragging should be done after rains, while the road is moist but not muddy.

Teams engaged in dragging usually travel at the rate of about 2 miles per hour and under average conditions will drag a mile of road in three hours, or 3 miles of road per day.

An attempt will be made in this paper to describe the best methods of constructing and using road drags and to supply information concerning the conditions for which such drags are adapted. Since, under favorable conditions, road drags may be effectively used in maintaining roads constructed of earth, top soil, sand clay, or gravel, a brief discussion of the essential features of each of these types of construction will also be given in order that the purposes of the drag may be more fully understood.

When it is appreciated that of more than 2,000,000 miles of public roads in the United States only about 200,000 miles have been given a hard surface, and of these 200,000 miles approximately one-half are surfaced with gravel, the importance of every effective device for maintaining the simpler types of roads becomes readily apparent. It should be observed in this connection that a large part of our total mileage of public roads is entirely unimproved and that the drag is
of little use in improving sand or clay roads which have never been crowned or drained. A much larger part, however, has been sufficiently improved to make the work of the drag effective, and it is unquestionably true that the magnitude of this part is steadily increasing.

Notwithstanding the fact that road drags, made of wood or a combination of wood and metal, have been in use for at least two generations and were described in a textbook published as early as 1851 (Roads and Railroads, by William Gillespie, p. 191), the benefits to be derived from using them are, even now, far from being generally understood. This fact is thoroughly evidenced by the prevalence of very unsatisfactory roads upon which considerably more money is annually expended in hauling materials to fill holes and ruts than would be required to maintain the roads in good condition by the intelligent use of a road drag.