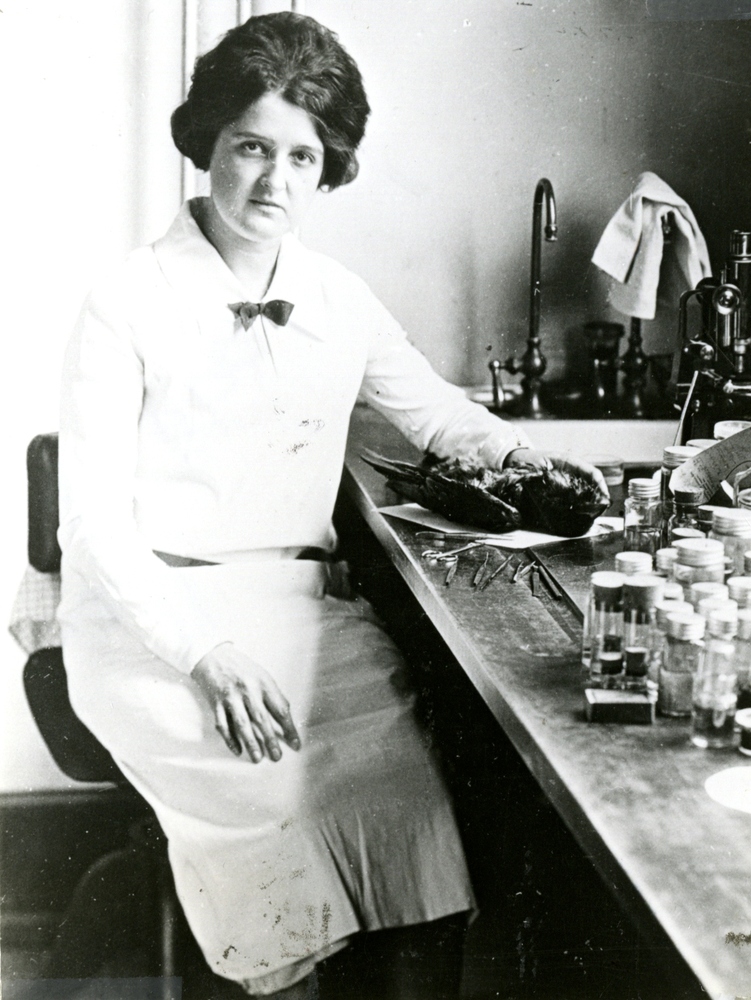 Eloise Blaine Cram was born in Davenport, Iowa in 1896. She graduated Phi Beta Kappa from the University of Chicago in 1919, and received her Ph.D. from George Washington University in 1925. In 1920, Cram entered government service as a zoologist for the USDA's Bureau of Animal Industry (BAI), where she gained prominence as a world authority on the parasites of poultry. She eventually became the BAI’s head scientist for the investigation of parasites in poultry and game birds.

In 1936, Cram left the BAI to take a position at the Zoology Laboratory of the National Institutes of Health (NIH), where she spent the rest of her career. While at the NIH, Cram contributed to studies of pinworm and other parasites of humans. She made major contributions to parasitology and to science in general with her pioneering research into the disease schistosomiasis. Her studies of the snails that transmit this often-fatal infection to humans helped reduce the disease’s public health threat.

By the time she retired in 1956, Cram had published over 160 papers and monographs on various subjects in the field of parasitology. She was recognized as an international authority on helminthic (worm parasite) diseases. In 1955, the year before her retirement, she served a term as the first woman president of the American Society of Parasitologists. She died in San Diego, California on February 9, 1957.