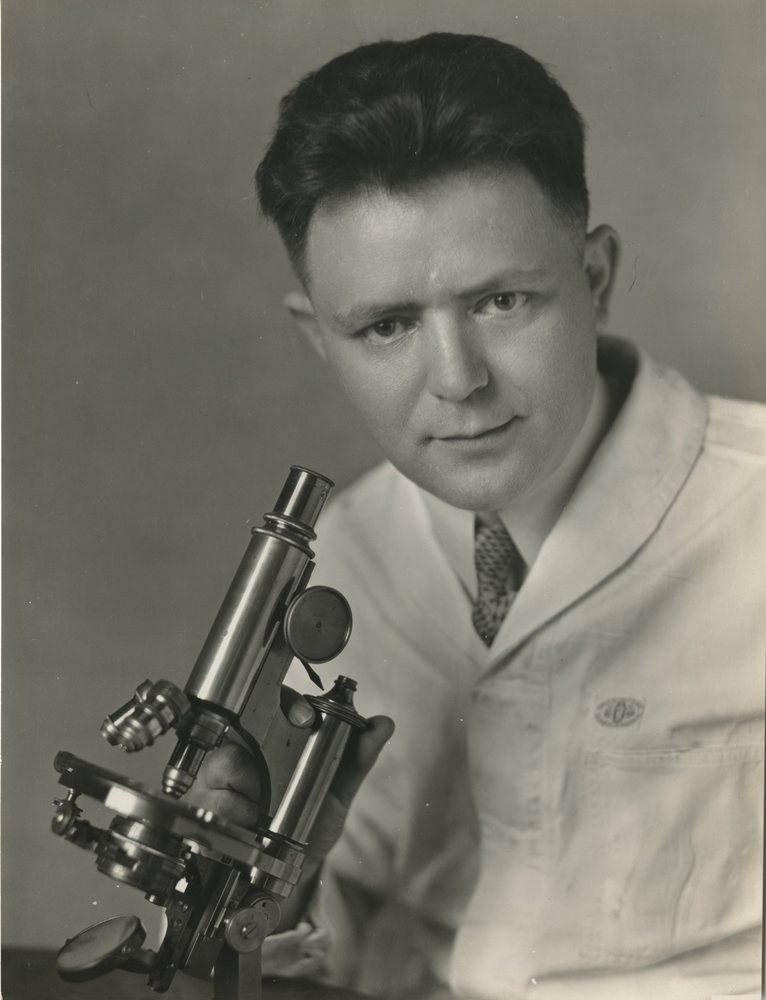 Benjamin Schwartz was born on November 5, 1889 in Austria.  He became a naturalized citizen of the United States in 1912.  He earned his B.A. degree from the City College of New York in 1911 and M.A. from Columbia University in 1913.  Schwartz then went on to obtain his Ph.D. in zoology from George Washington University in 1920.

In 1915, Schwartz was appointed as a junior zoologist with the Zoological Division of the Bureau of Animal Industry (BAI). Four years later, with the help of B. H. Ransom, Schwartz determined the temperature point needed to eradicate the trichinae parasite from pork products. That same year he discovered the blood-destroying component of the human-borne parasite, Ascaris lumbricoides.

Schwartz left the United States in 1920 to accept a teaching post at the University of the Philippines. He returned to the United States and resumed working at the Zoological Division in 1923, this time as an associate zoologist.  He was named assistant chief of the Zoological Division in 1932.  On May 1, 1936, Schwartz was promoted to chief zoologist, the position he held until 1953.  After this, he served as consultant in parasitology to the USDA’s Animal Disease and Parasite Research Division.

Schwartz became recognized as an authority on trichinosis, a parasitic disease in humans caused by eating undercooked pork. He authored more than 340 publications during his career, many of them on trichinosis.  His research in parasitology covered a wide range of subjects in parasitology, including the physiology and toxic products of parasitic worms, parasite taxonomy, the morphology and life histories of cestodes and nematodes, and immunity in parasitic diseases.

He retired from the Zoological Division in November 1959, but was soon back to work as a consultant in parasitology with the Meat Inspection Division and a lecturer in parasitology at the University of Wisconsin. Schwartz died on October 21, 1976.