Letter from Lord Sheffield to Thomas Jefferson, acknowledging his receipt of a model of Jefferson&#039;s mould board. 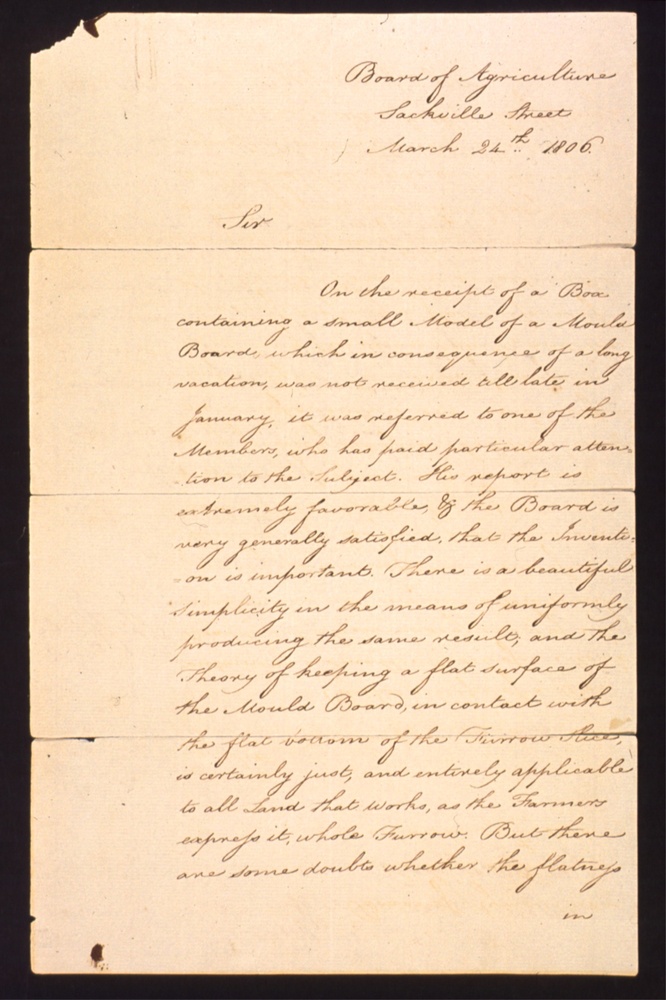 Sir
On the receipt of a Box containing a small Model of a Mould Board, which in consequence of a long vacation, was not received till late in January, it was referred to one of the Members, who has paid particular attention to the Subject. His report is extremely favorable, & the Board is very generally satisfied, that the Invention is important. There is a beautiful simplicity in the means of uniformly producing the same result; and the theory of keeping a flat surface of the Mould Board, in contact with the flat bottom of the Furrow slice, is certainly just, and entirely applicable to all Land that works, as the Farmers express it, whole Furrow. But there are some doubts whether the flatness

Letter from Lord Sheffield to Thomas Jefferson, acknowledging his receipt of a model of Jefferson&#039;s mould board.