Letter from Lord Sheffield to Thomas Jefferson. Back of letter. 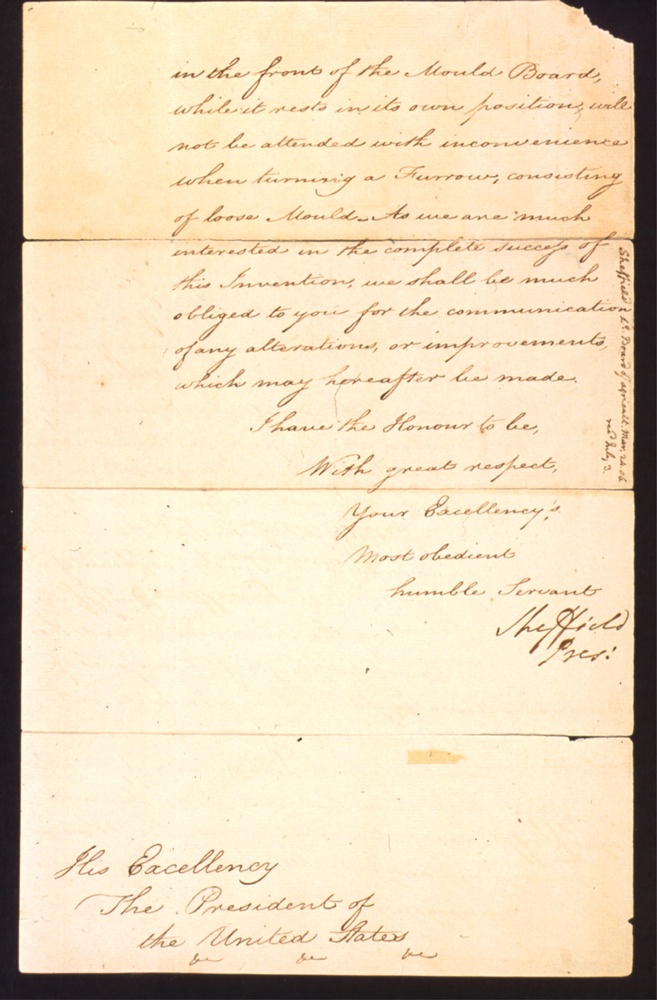 in the front of the Mould Board, while it rests in its own position, will not be attended with inconvenience when turning a Furrow, consisting of loose Mould. As we are much interested in the complete success of this invention, we shall be obliged to you for the communication of any alterations, or improvements, which may hereafter be made. I have the Honour to be,

[Addressed:] His Excellency The
President of The United States
&c &c &c

Letter from Lord Sheffield to Thomas Jefferson. Back of letter.