Poultry-Craft: A Textbook for Poultry Keepers. What To Do. How To Do It. Completely Indexed for the Convenience of Busy People 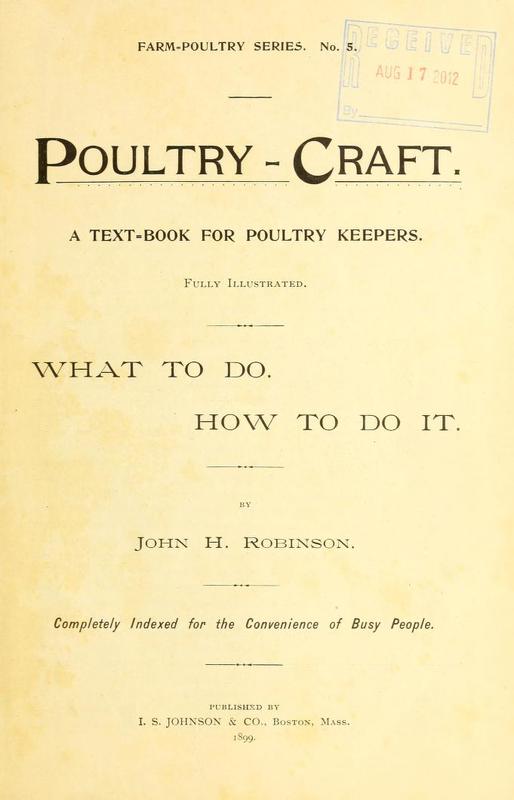 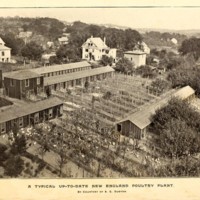 Poultry-Craft: A Textbook for Poultry Keepers. What To Do. How To Do It. Completely Indexed for the Convenience of Busy People

For those who want to know about poultry keepings for those who wish to learn poultry keeping and for poultry keepers who cannot always remember things they know at the moment they happen to need them, this book was written: to the small army of writers of permanent and current poultry literature nearly every one of whom has in some way contributed to its makings it is respectfully dedicated.

The growing interest in fine fowls and the widening of the field of profitable operations in poultry culture have created a demand for a book which will give to one who thinks of engaging in poultry keeping an intelligent understanding of its possibilities and probabilities, whether for pleasure or profit, and a comprehensive idea of the ways and means of production and distribution of this country's enormous crops of poultry and eggs. Following this demand comes another, for a book of elementary instruction in all branches of poultry keeping. Separate books to meet these demands would be, in large part, duplicates, because before beginning it is necessary one should know, though superficially, many things which afterward he must learn thoroughly if his work with poultry is to be successful. With systematic, logical arrangement of the text, and with a complete carefully prepared index it was possible to make a book of information for inquirers and instruction for beginners, also a book for ready reference on poultry topics. There has long been pressing need of such a book. For years the publishers have had frequent calls for a book to which a poultry keeper could go for information on any and every matter, and find it in an instant.

It is, perhaps, superfluous to say of such a book that it is essentially a compilation. This is measurably true even of the matter not credited to other winters. My work has been to condense and put in convenient form information which by reason of its abundance and the multitude of its sources has not been available for those who needed it most, & to give, as it were, the composite opinion of sometimes conflicting authorities on each matter treated. That conclusions should invariably be correct and every estimate unaffected by his personal opinion, would be more than a writer could hope, and more than a reader ought to expect ; but, as I have endeavored to state each subject, treated fairly, honestly, and (as I believe) in accordance with the best interests of those for whom the book is written, I feel confident that no one of them will find in it statements that will mislead, or advice which he will follow to his disadvantage and loss.

The matter of credits for borrowed matter in a book composed as this is, requires particular mention. Only a few of the more important direct quotations are fully credited. Matter which has been adapted, condensed, and rearranged in harmony with the scheme of the work, is credited generally to the author only &; the name of the paper or book from which it is taken not being added, because in a number of cases a short paragraph is compiled from statements of the same writer in several different books and papers, and to give each paper credit would have detracted too much from the simplicity of statement sought. Food rations taken from contributions of writers describing the methods of others, are credited to the persons using the rations.

For the rest, while acknowledging a general indebtedness to the poultry literature of the day, I would here acknowledge special indebtedness to the books and paper consulted most to Poultry Culture Felch; The Practical Poultry Keeper Wright ; Poultry McFetridge ; Incubation and Its Natural Laws Cyphers ; The Practical Poultry Grower Myrick ; Broilers for Profit and A Living From Poultry Boyer ; Duck Culture Rankin ; Farm- Poultry Doctor Sanborn ; to files of Farm- Poultry for the views of a great number of writers on almost every topic treated ; to the Reliable Poultry Journal for matter pertaining to many subjects, but especially for information relating to the mating of thoroughbred fowls, and to turkeys, ducks, and geese; to the American Fancier Poultry Monthly America's Poultry Journal and Poultry Herald for many valuable suggestions ; and to various national and state bulletins for information regarding foods and feeding.

The illustrations not otherwise credited were made for this book, or are reproduced from Farm-Poultry .