Our Domestic Birds: A Popular Primer of Aviculture 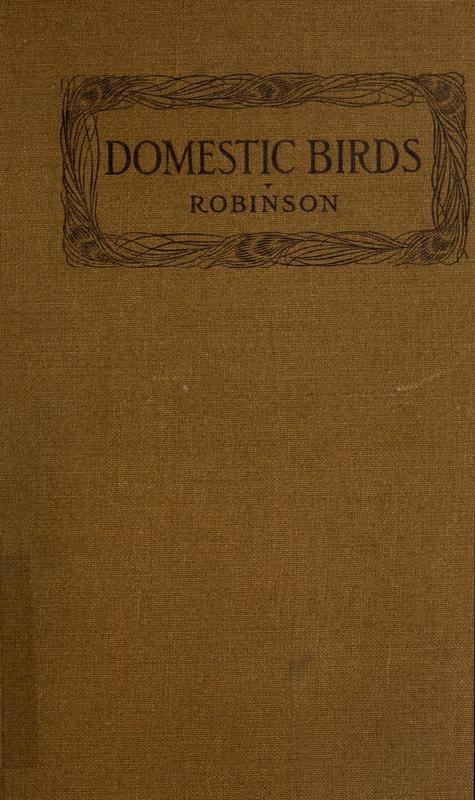 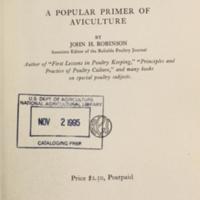 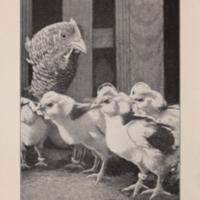 Our Domestic Birds: A Popular Primer of Aviculture

"Our Domestic Birds" is a book for children too young to read books written for adults, and for older people too busy to read more technical works for the information of general interest which they contain. Its purpose is to teach the things that everyone ought to know about domestic birds. It is a book about these birds and their relations to man, rather than of instruction in practical aviculture, going into details of care and management only to show the first steps in the care and management of poultry, pigeons, and cage birds, and to give intelligent ideas of large-scale production.

The earlier in life such information as is contained in this book is acquired, the more surely will the person possessing it distinguish between the important and the trivial, the true and the false, the useful and the useless, in what is heard or read about a subject upon which far too much misinformation is circulated. It is a matter of common observation among those who give instruction in aviculture that those who learn the rudiments of the subject in childhood escape most of the mistakes of people who, without previous knowledge of such matters, take up some branch of this subject later in life.

The book was written especially for children who have reached an age when, if they are interested in poultry or pigeons, they will want to own some. Usually this is from the tenth to the twelfth year. At this age children begin to ask for feathered pets and to inquire about their care and management. The usefulness of the book, however, is not limited to children who can read it for themselves. Parents of children who cannot read will find that acquaintance with its contents will enable them to answer the questions little children ask about domestic birds, and to start a child in poultry or pigeon keeping before it can read at all — if that seems desirable. To people not conversant with such matters the idea of children of such tender years having chickens or pigeons of their own may seem absurd. Yet it is a fact that for at least a century, and undoubtedly from very remote times, many children have been started with poultry at six or seven years of age, and some as early as four or five, because of their fondness for domestic animals, and because their parents thought it better to give them birds of their own, upon which they would fix their affections, than to be constantly annoyed by their persistent efforts to make pets of more troublesome or more dangerous creatures.

Children of such a disposition will as a rule take some responsibility for the care of poultry at an early age. Wherever circumstances permit, it will be found that to give such a child a few chickens is to provide it with an interest and an occupation which will help it to employ its time satisfactorily and to keep out of mischief. With a little oversight by an older person a child of six or seven can care for a small flock of fowls; and if it is properly aided and encouraged its interest in poultry will grow and expand.

As a rule, children who have a normal sense of responsibility are faithful in attention 'to living creatures in their charge, and also careful to follow instructions in caring for them. The age of carelessness in these things comes with the passing of childhood, and especially with entrance into the social life of youth. At that period most young people feel that the care of poultry interferes too much with other occupations and recreations, and discontinue it until settled in homes of their own. What a boy or girl may accomplish with domestic birds before reaching the transition stage depends upon the opportunities at home, and the use made of them and of available instruction in schools and in books. Suitable schools are accessible in comparatively few instances, but serviceable books are abundant. To follow this, the author's "First Lessons in Poultry Keeping" is recommended as a technical book which children in grammar-school grades can understand and apply.