On July 10th, 1984, President Ronald Reagan declared July to be National Ice Cream Month in recognition of the frozen treat's contribution to the dairy industry.

“Ice cream is a nutritious and wholesome food, enjoyed by over ninety percentof the people in the United States. It enjoys a reputation as the perfect dessert and snack food. Over eight hundred and eighty-seven milhon gallons of ice cream were consumed in the United States in 1983.

The ice cream industry generates approximately $3.5 billion in annual sales
and provides jobs for thousands of citizens. Indeed, nearly ten percent of all the milk produced by the United States dairy farmers is used to produce ice cream, thereby contributing substantially to the economic well-being of the Nation's dairy industry.” 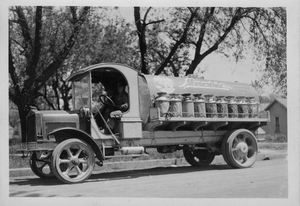 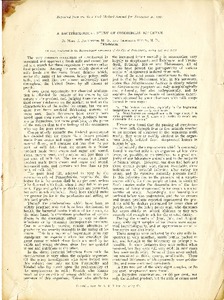 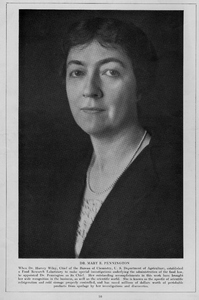 Portrait of Mary Pennington from The Field Illustrated 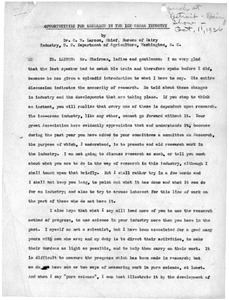 Opportunities for research in the ice cream industry
Speech given at the Detroit Dairy show, October 11, 1926 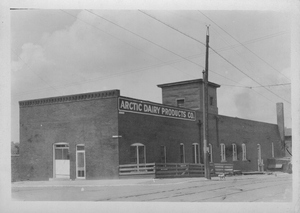 The blueberries (chiefly the northern highbush blueberry, Vaccinium corymbosum) that are now a commonplace find in supermarkets, farmers’ markets, and you pick ‘em orchards were not domesticated until 1912.  It was generally believed that they could not be cultivated.  The work was done by Frederick Vernon Coville, a USDA botanist, and his associate, Elizabeth White.  Before then, if you wanted blueberries, you had to go out into the wilds and gather them (of course, you could always open a can, see the recipe below). NAL Special Collections holds Frederick Coville’s original research notes.  Come visit for the rest of the story. 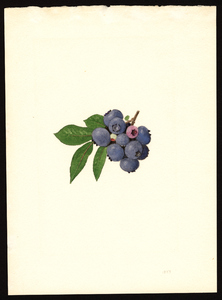 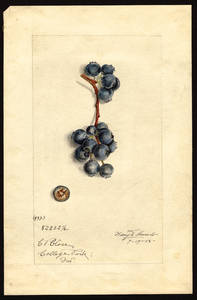 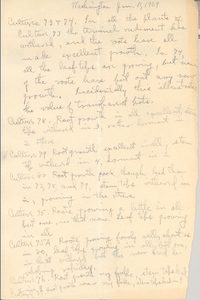 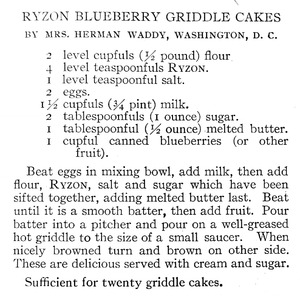 Early twentieth century research on swine and sheep conducted by USDA parasitologists, zoologists, and veterinarians resulted in better sanitary practices for farmers.  This led to happier animal parents and their babies! 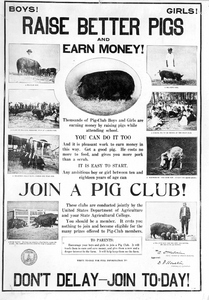 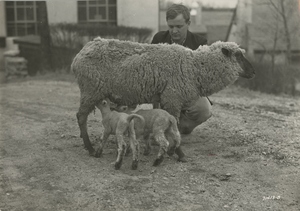 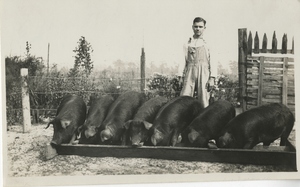 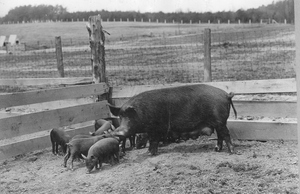