Edward Fred Knipling (1909-2000) was a world-famous entomologist and theorist. He advocated the use of pest specific, preventive, and environmentally-safe methods applied on an area-wide basis. His contributions include the parasitoid augmentation technique, insect control methods involving the medication of the hosts, and various models of total insect population management. Knipling was best known as the inventor of the sterile insect technique (SIT), an autocidal theory of total insect population management. 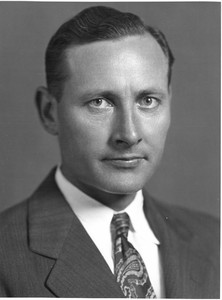 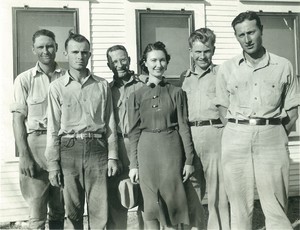 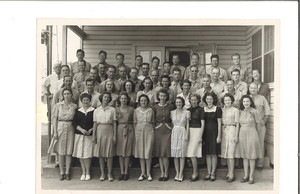 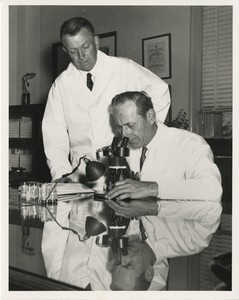 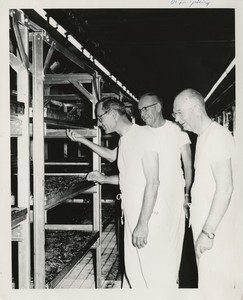 Edward F. Knipling and colleagues inspecting larvae trays of feeding screwworm insects at Mission, Texas plant. Knipling on left.  The feed mixture was spread on large trays with the insects and frequently replenished. 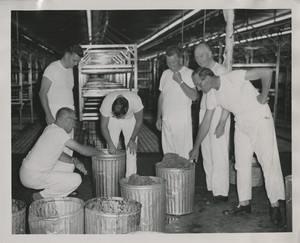 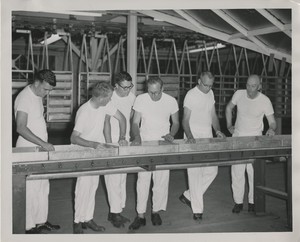 Edward F. Knipling and colleagues inspecting pupae trays on conveyor belt at Mission, Texas plant. Knipling fourth from left.  When the larvae matured, they transformed into hard-shelled pupae. Pupae were separated from less mature larvae along a conveyor belt. The pupae were kept in controlled conditions for several days. 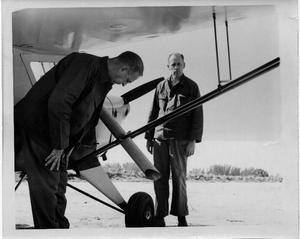 Inspecting airplane chute for sterile screwworm fly release. Edward F. Knipling in background. Irradiated pupae were placed in paper bags for release from the air.  The flies emerged inside the bags which tore open when dropped from the plane, dispersing the sterile flies to overwhelm wild flies. 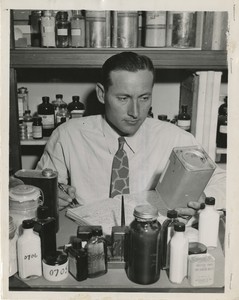 Edward F. Knipling, U.S. Department of Agriculture entomologist, enters, under a code number, one of the preparations to be tested in the search for an effective louse killer for the use of our fighting forces