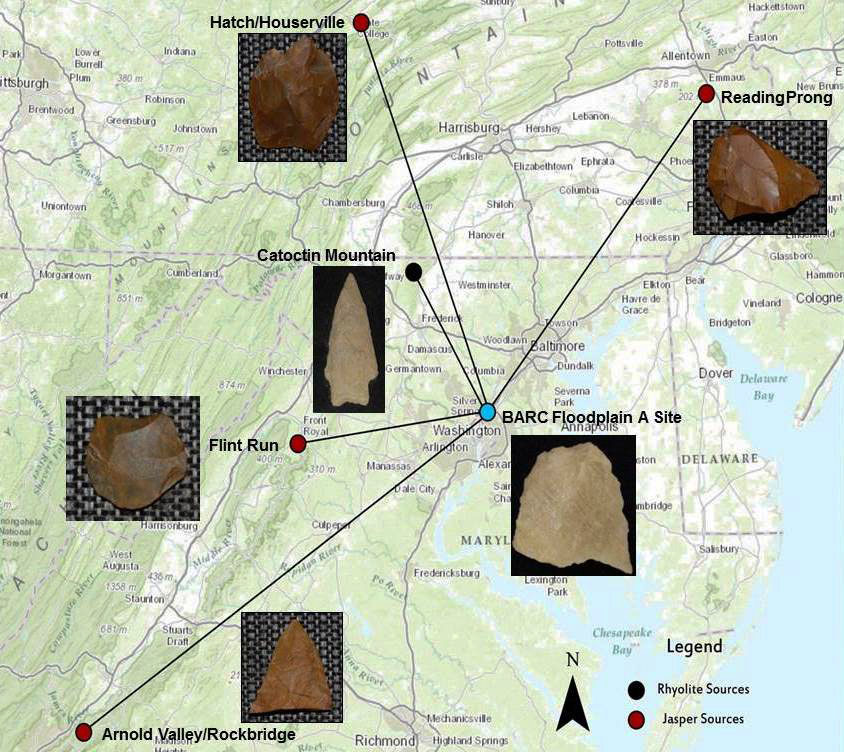 The Middle Woodland Period (500 B.C. to 1000 A.D.) is widely viewed as a period of cultural transition. Native peoples of the Late Archaic Period (3000 B.C. to 1200 B.C.) through the Early Woodland Period (1200 B.C. to 500 B.C.) were highly mobile and engaged in intensive gathering activities. Then, during the Middle Woodland Period, populations grew and developed exchange systems. As a result, groups settled within limited territories in order to obtain goods and materials they could trade for what they needed. Wide-ranging trade networks developed, extending throughout the Chesapeake region and beyond.

The extensive use of non-local lithic, or stone, materials by the occupants at the BARC Floodplain A site indicates a heavy reliance on a trade network, which could have stretched more than 130 miles north and south of the site.

← A Source of Tool Materials
Stream Restoration →
What Did People Do Here?
Trade Networks